The Indefinite Sleepout to End Indefinite Detention began before coronavirus and last summer's bushfires. As the group marks more than nine months outdoors, those taking part are showing no signs of stopping.

Over the past 300 nights, a small, passionate group of doctors and their supporters have slept outside in Wollongong, south of Sydney, experiencing smoke haze, extreme weather, drunken bystanders and a global pandemic.

The group behind The Indefinite Sleepout to End Indefinite Detention began with a cohort of healthcare workers in August 2019. They slept outdoors, together, in solidarity with the more than 1,300 refugees and asylum seekers detained in Australian immigration centres, in order to get a taste of what life in limbo felt like.

The campaign has since grown to include activists of various ages and backgrounds who say they could continue the stint outdoors for another 100, 200 or 300 nights - they plan to stay out for as long as the indefinite detention continues.

Group founder Dr Javed Badyari has slept outside for the majority of the campaign. The 27-year-old told SBS News that reaching 300 nights is a milestone but it is "bittersweet". 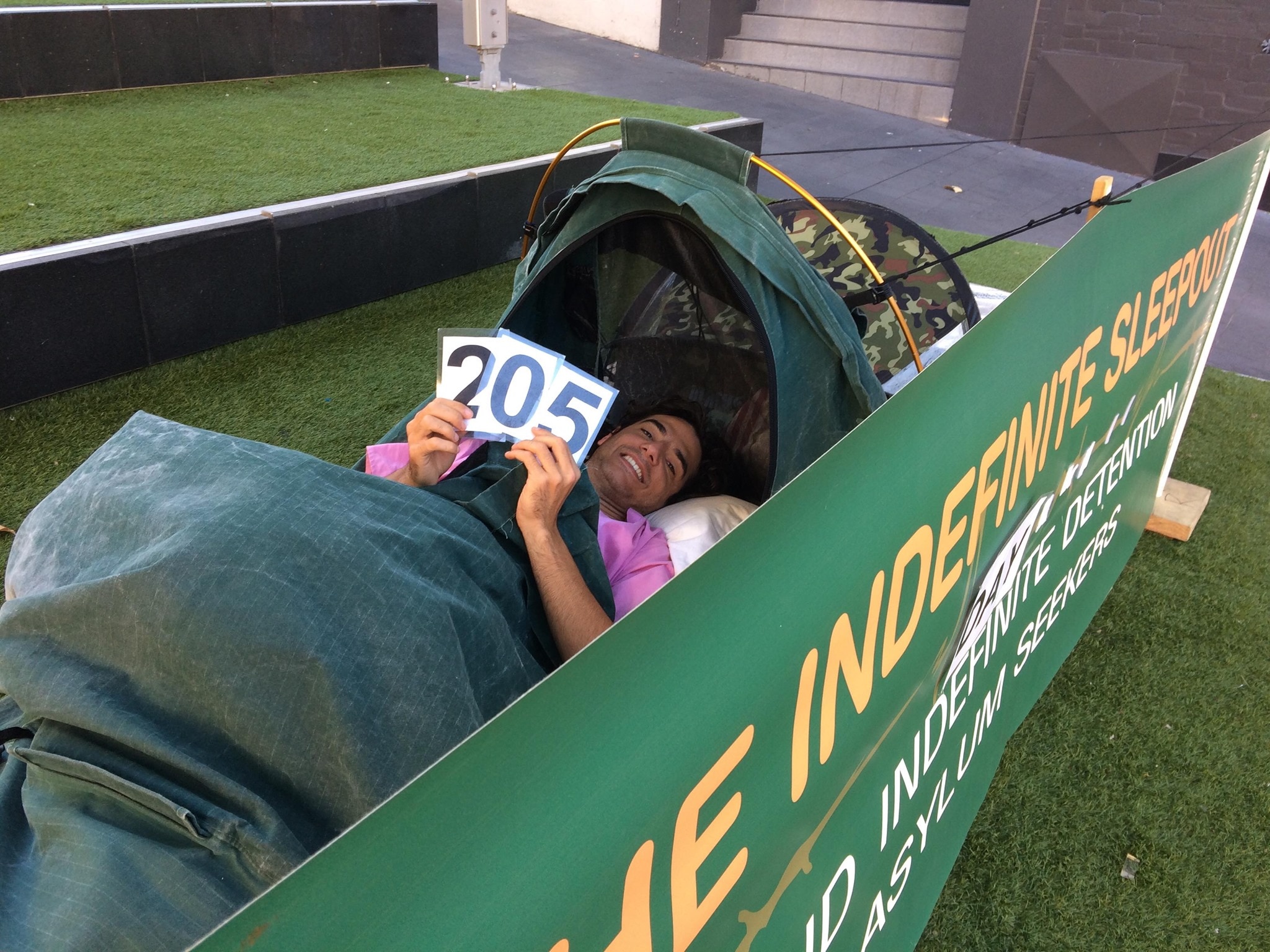 Dr Javed Badyari is the founder of the sleepout.
Indefinite Refugee Sleepout Facebook

“Bitter in the sense that, for me, it felt like a very long time after 300 days, let alone what refugees are facing - seven years for some, and counting.”

“It's sweet in the sense that we have grown in this time and I like to think that, at least in our immediate community, we've had some level of impact … and we've linked up with refugees.”

Dr Badyari and the volunteers began sleeping in Wollongong's Crown Street Mall in the CBD after getting a permit from the local council. They have a core group of five participants but their 100th night outdoors saw up to 16 people gather together.

More than 200 volunteers are now connected via a private Facebook group and the campaign's public group has more than 2,300 supporters.

Since COVID-19 hit, social distancing has forced them into their own backyards or on roofs, and they now sleep outdoors on a rotating roster. The group is campaigning against the indefinite detention of refugees and asylum seekers by Australia, stating, “it violates international and human rights laws, severely harms health, is illegal, uneconomic and un-Australian”.

Those involved say as well as those detained on mainland Australia, they are particularly concerned about the health of those who remain on Nauru and in Papua New Guinea after the facilities on Manus Island were closed in October last year. “I wanted to not just like a post on Facebook and turn up to marches every now and then, but wanted to really experiment with democracy and see what is possible when applying oneself to a cause,” Dr Badyari said.

One volunteer, 60-year-old Rahima Sarmed is originally from Afghanistan. She joined the group after walking past them in their swags on the concrete of the CBD in August 2019. Ms Sarmed says her understanding of the emotional pain of having to flee your own country and spend time in a detention centre - albeit only for a short time - led her to get involved, and she been an integral part of the team ever since.

“I’ve been two days only in a detention centre in Iran, when we left past the border they put us in detention to just do some medical checks. Those two days looked like 200 years,” Ms Sarmed said.

“There’s nothing to do, your brain just gets stuck in a block, but we still had hope.” Ms Sarmed said she had no choice but to leave Afghanistan amid the Soviet War between 1979 and 1989. Nearly 100,000 soldiers took control of major cities and millions of civilians were forced to leave, eventually becoming displaced. 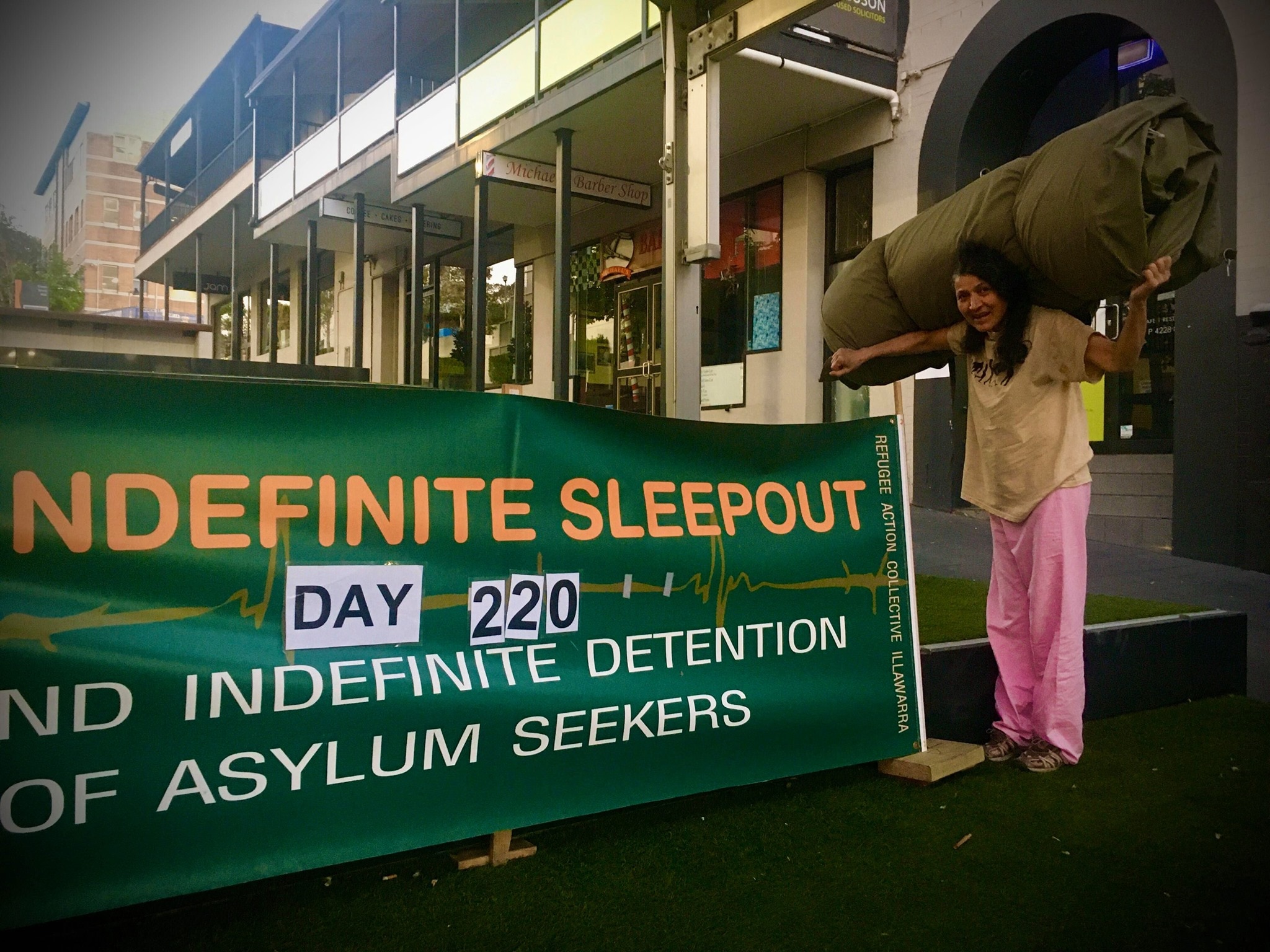 Ms Sarmed said the campaign is important to raise awareness “because not many people know about what is happening in Australia.”

“Some people say ‘do you think the government will listen to you guys? I say, ‘yeah I know the government won't listen to us, but this is for you and me, did you know how many years these people have been on an island, six to seven years?'” 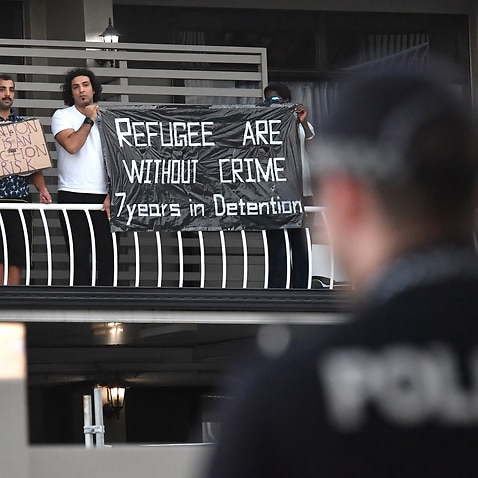 "Time spent in immigration detention is dependent on a number of factors, including identity determination, in-country information developments and the complexity of processing due to individual circumstances relating to health or security matters." "The majority of detainees are now in detention due to their visas being cancelled on character grounds, based on criminal convictions and links to criminal associations such as outlaw motorcycle gangs or organised crime," the spokesperson said.

Dr Badyari said moving the campaign away from the main streets of Wollongong has impacted the campaign, but he remains optimistic that more people will get involved.

“We've had members come and go from our group, which has been amazing. But I hope the baton gets carried on so that their cause is not forgotten about and they [refugees and asylum-seekers] don’t feel alone in their suffering," he said.

“I think if we spread true awareness about how we're treating the people, and that if enough Australians knew about it, that we wouldn't let it continue for another day. I do believe that Australians are all good people, we all have a heart and I think this country in many ways is founded on mateship.”

“It's proving after 300 days to be a lot more difficult than first anticipated. So that's been a great learning lesson. It really does take a lot to drive change."

43 mins ago US Politics