The Temiar people of northern Malaysia are blockading logging trucks, fighting to maintain their traditional way of life and protect the rainforest.

The river running alongside Cunex village, in the northern Malaysian state of Perak, used to provide fish for dozens of people, but ever since the logging started several years ago, the food source has dried up.

Forest loss damages aquatic food chains, of which many humans benefit from.

Now the river is mostly respite for children to cool off in during the day’s scorching heat - which often climbs above 35 degrees. A child cools off in the heat.
SBS News

In this vastly remote rainforest, near the border with Thailand, the indigenous Temiar people - one of Malaysia’s largest indigenous groups - are in the fight of their lives.

After years of mass logging in the area, in what they say are their traditional and sacred lands, they set up a blockade in early January to stop the logging trucks.

Malaysia has one of the highest deforestation rates in the world, losing over 14 per cent of its total forests between 2000 and 2012, according to one study.

The loss of forest over that time period amounted to 47,000 square kilometres. After clearcutting logging, most cleared land is used for palm oil plantations. 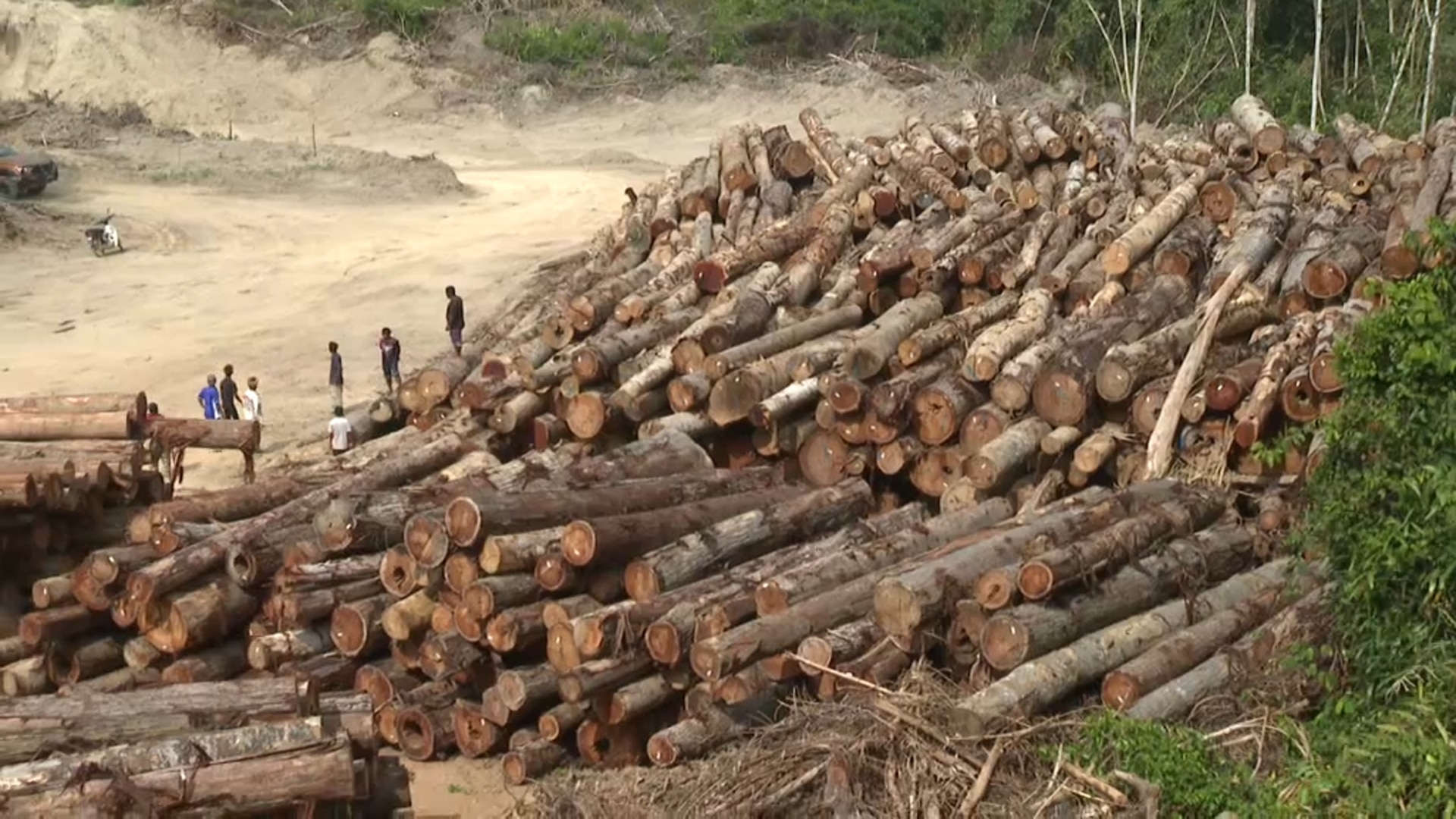 Some limited logging has continued since the blockade.
SBS News

“The land is the source of our economy,” village leader Pam Bin Yeek tells SBS News.

“We get most of our resources from the forest, like medicine, the thatch for our roofs, and our wood source. That’s why we didn’t want to let the loggers in.”

We get most of our resources from the forest, like medicine, the thatch for our roofs, and our wood.

Since constructing the logging blockade - a rough structure of long wooden sticks tied together across the road - villagers have been asked to take it down by the police, as well as by local logging contractors who want access to the land.

The land is designated as a state forest reserve and the state government has granted logging concessions for the area. 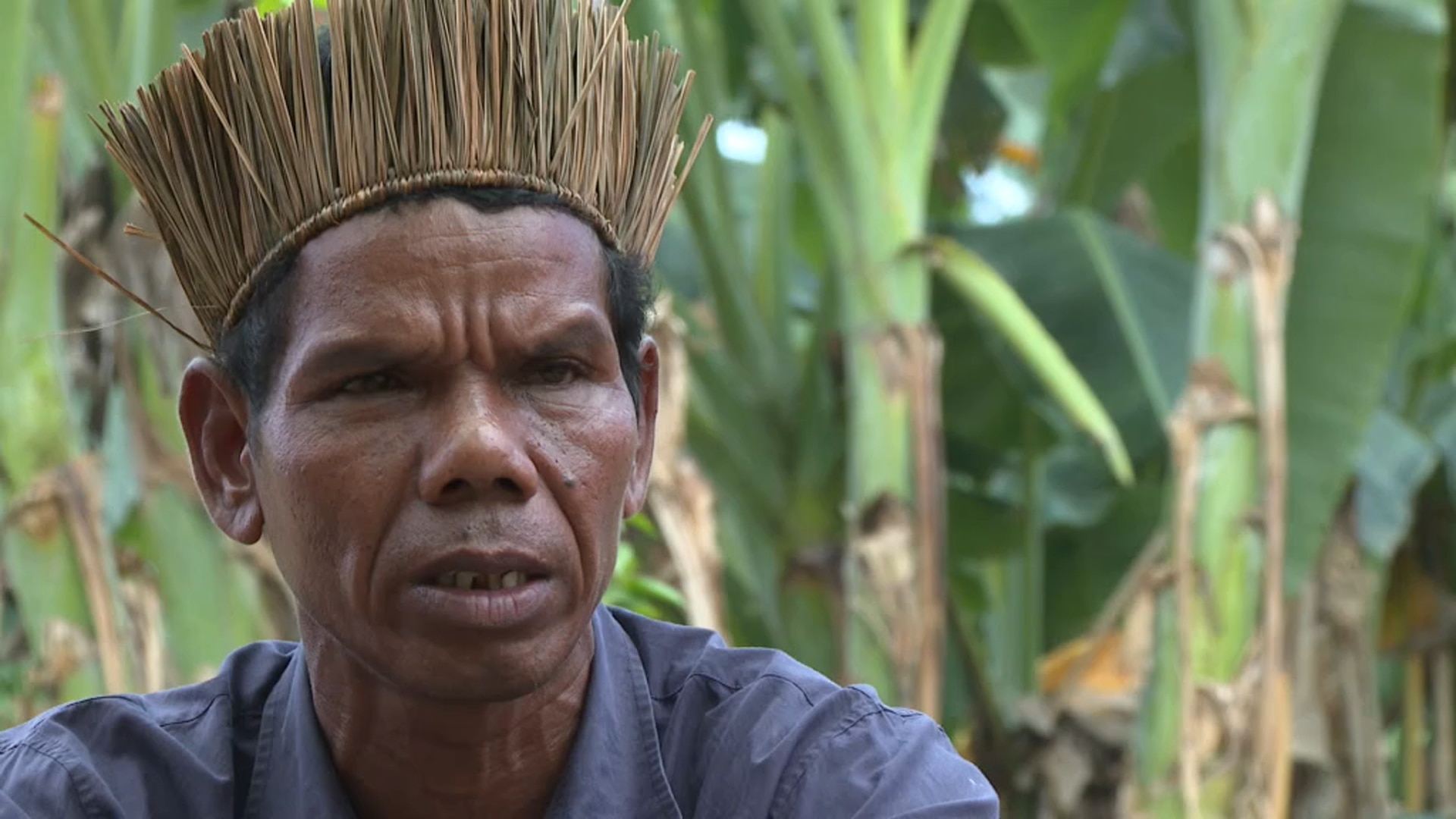 “The land is the source of our economy,” village leader Pam Bin Yeek said.
SBS News

The Temiar are one of 18 groups of indigenous people on Peninsular Malaysia (West Malaysia) known as Orang Asli. There are around 200,000 Orang Asli, making up under one per cent of the more than 22 million people of mainland Malaysia.

The Temiar are the largest Orang Asli group in mainland Malaysia and like many other indigenous communities live in poverty with limited access to health and education services and without recognition of their traditional land rights. 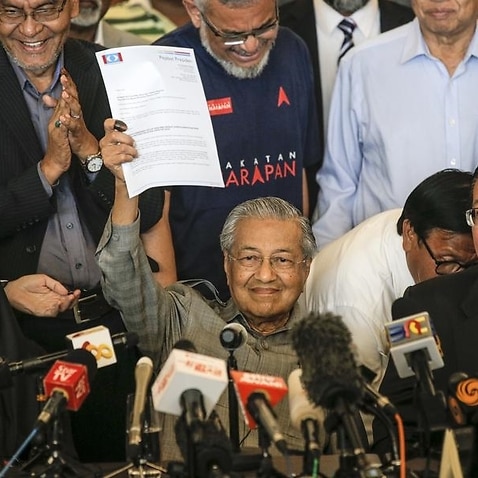 Some limited logging has continued since the blockade began and SBS News was taken to see the mass of logged trees piling up, waiting for the blockade to lift, so that trucks can take them out.

Colin Nicholas, coordinator of the Centre for Orang Asli Concerns, a non-government organisation, told SBS News while the state government had changed at the election last May, the new government was continuing with the old government’s policies.

“Of course the bigger problem is not the encroachment by loggers and outsiders, it’s the non-recognition of the peoples here as the owners of their traditional territories,” he said. In early January they set up a blockade to stop the logging trucks.
SBS News

Malaysia’s federal government changed last May with the ruling Barisan Nasional coalition losing power for the first time in the 61 years since Malaysia’s independence.

Before the election, the opposition Pakatan Harapan coalition made a series of promises to improve recognition of indigenous rights and welfare.

Nicholas said that while the “intention was there” in the new federal government, they were still waiting to see the “action” on the promises.

“We haven’t seen some real putting their foot down and saying 'this is what we are going to do and we can’t have logging in these kinds of areas'. There is so much more to lose than just getting logging royalties,” he said. 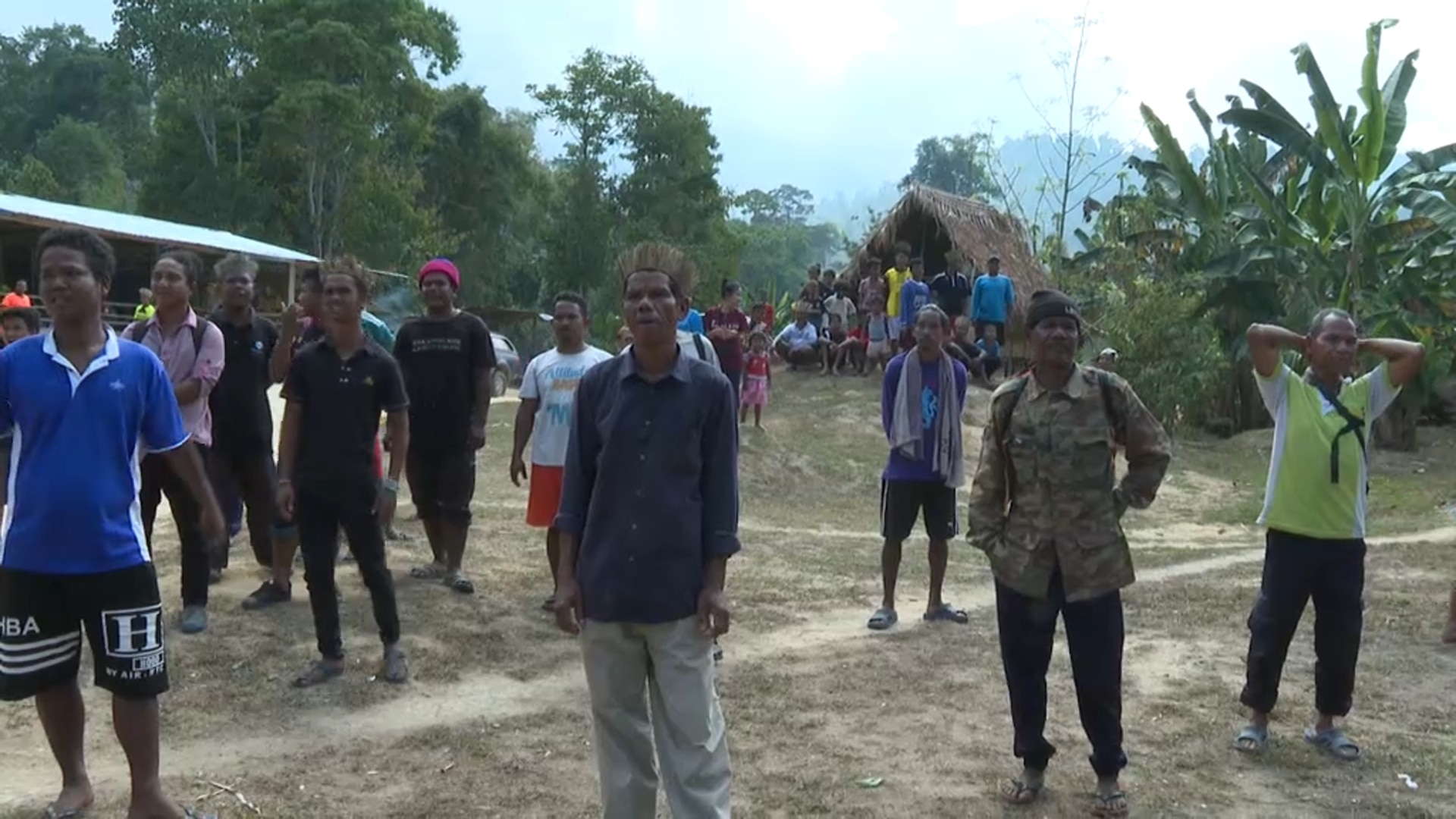 The federal Malaysian government’s Deputy Minister for Rural Development Sivarasa Rasiah told SBS News that while there were actions the government could take to support the indigenous peoples, decisions regarding land rights and logging rested with state governments.

“I think there has to be much more sensitivity about the Orang Asli community, how we are going to solve their problems. I think we are making some progress, but we have a long way to go,” he said.

I think there has to be much more sensitivity about the Orang Asli community, how we are going to solve their problems.

Back in Cunex village, locals gather wood to burn under huge pots of food being cooked for the night’s meal. Young women stand nearby the fire crushing red chillies with a mortar and pestle to make a spicy sambal (chilli sauce) to go with the rice and curries. 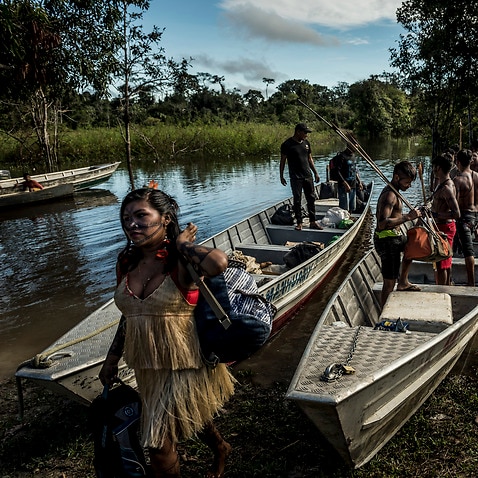 As Brazil’s far right leader threatens the Amazon, one tribe pushes back

While SBS News was visiting Cunex village a small number of police officers arrives and told village head Pam he had to come into the local police station the next day to give a statement about the blockade.

Pam says that despite the harassment by the police and logging companies, they will not take it down.

The blockade is a desperate last ditch effort to save the forest, from villagers who feel like they have no other course of action.

“We take care of our traditions and our land for the future generations,” Pam said. “That is why this land is important to us,”.