As the global climate conference nears, SBS News speaks to three Australian students who are skipping school on Friday to demand better climate policies from the federal government. 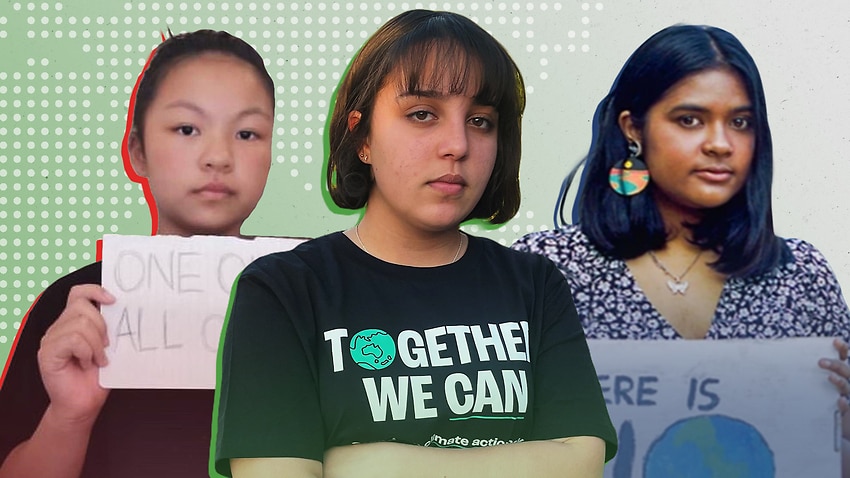 Thousands of students around the world are taking the day off school on Friday 15 October to call on world leaders to take more action on climate change - including in Australia.

Student-run initiative School Strike 4 Climate is holding more than 35 in-person and online events across regional areas and capital cities in Australia, encouraging students and their allies to put pressure on the federal government over its climate policies.

With the 2021 United Nations Climate Change Conference - known as COP26 - scheduled for 1 November in Glasgow, anger continues to brew among some young people in Australia over the government’s lack of commitment to achieving net-zero emissions 2050, or sooner.

COP26 will be the first event held since the Paris Agreement was formed in 2015 when 196 countries, including Australia, pledged to decrease global warming to two, or ideally 1.5, degrees celsius.

The conference will see 200 world leaders and dignitaries attend, including Britain's Queen Elizabeth II and Prince Charles, to discuss their plans to reach net-zero by 2030. Prime Minister Scott Morrison is yet to confirm his attendance.

For Anjali Beames, becoming a climate activist was a natural calling. She spent her childhood attending beach cleanups, attending rallies and caring for the South Australian coastline she calls home.

Now, like a lot of young Australians, she fears for her future.

She currently lives in a projected flood zone in western Adelaide, so is all too aware of the ways natural disasters can people and their families, and wants to hear some strong commitments from the federal government ahead of COP26.

“I would like the Prime Minister to commit to a net-zero goal by 2030. I think any goal beyond that is just far too late,” she says.

“Any second wasted now is thousands of lives and ecosystems that are put in danger. I think taking climate action is a race and we can’t afford to waste any more time.”

The federal government has committed to a 26 to 28 per cent decrease in emissions by 2030, instead of the 50 per cent that many international counterparts have already pledged.

“Scott Morrison should be scared if he thinks he can still get away with not acting on climate change.

“At our climate strikes, not only are we raising awareness, we’re also campaigning for young people to enrol to vote … and the youth are rising.”

Climate activist Natasha Abhayawickrama can barely wait until she turns 18 next year.

Natasha is one of the estimated 400,000 people who will enrol to vote in the upcoming federal election, should it take place next year. It will be the first election since the school strikes began gathering steam in 2018.

With her civic rights activated, she says she will head to the polling station and “vote for climate”.

“[The federal government] have been ignoring young people for years now. Now that we are able to vote, they’ll be facing the consequences of their actions.”

These students have a message for Scott Morrison ahead of COP26

Mr Morrison says Australia has a strong track record in taking action on climate change, stating the nation’s carbon emissions have dropped by 20 per cent since 2005.

“Australia’s record of reducing emissions stands above those who are claiming to achieve bigger things in the future but haven’t achieved it to date,” he said in August after an IPCC report revealed the damaging effects climate change is having on the world.

As Natasha begins her final year of high school, her career prospects are also front in mind, but she is fuelled by anxiety around uncertainty on employment.

It comes as a report this week revealed 70,000 Australian jobs could be slashed if climate inaction continues.

“The climate crisis is set to break down so many different industries and I think a lot of people are unsure of where they’re going to be working,” she says.

Natasha turns 18 next year and says she can't wait to "vote for climate".

While Anjali wants to see a 2030 net-zero goal, Natasha simply wants Mr Morrison to commit to a realistic plan that is achievable.

“The government can pledge to [get to] net-zero, but a plan to transition our economy to renewables is the most important thing,” she says.

As Melbourne continues to battle the COVID-19 pandemic in lockdown, 14-year-old Shuzhong Wu is trading the in-person rallies for a first-of-its-kind online “strike school”.

Unlike conventional rallies, Shuzhong has organised a unique conference via Zoom to teach attendees about the power of strikes, the climate movement, and what their demonstrations aim to achieve.

Many extreme weather events and disasters linked to global warming have alarmed Shuzhong, but when they hit home - and her home away from home - it became difficult for her to stay silent.

Shuzhong’s mother grew up in Beijing, a city that has been ravaged by sandstorms due to increased erosion and deforestation in northern China.

“[My mum] told me each day in spring to go outside. She’d have to wear face coverings from breathing sand in, or to block sand from entering her eyes,” she says.

“Seeing the sandstorms get worse is heartbreaking to me because Beijing is such a close place to my mum and to me.”

Shuzhong attended a school strike in Melbourne prior to lockdown.

Shuzhong wants to see some urgency from the federal government on climate change and it starts, she says, with Mr Morrison representing Australia on the world stage at COP26.

“I think it’s really important he attends the conference because he really needs to start taking action on the crisis. He needs to see the crisis as a crisis.”

Industry, Energy and Emissions Reduction Minister Angus Taylor did not respond to a request for comment from SBS News.