Habiburahman fled oppression and torture in his homeland and is now safe in Australia. But his thoughts remain with the hundreds of thousands of Rohingya facing deadlock in Bangladesh's refugee camps.

Rohingya man Habiburahman (Habib) was just 21 when he fled Myanmar’s Rakhine state – a decision that nine years later would set him on a path to Australia.

Hundreds of thousands of Rohingya - a Muslim minority from Buddhist-majority Myanmar - have been forced across the border into Bangladesh in the past two years.

But even before that, as part of the Rohingya community, Habib says he had faced other horrors. “As a Rohingya, I was oppressed, subject to arrest, forced labour and restriction of movement,” he told SBS News.

“That very persistently exists and discrimination and oppression and restriction [is] institutionalised.”

This month marks two years since the Rohingya were caught in the crossfire of a Myanmar military campaign in which armed forces were accused of mass killings and rapes. The United Nations has labelled it as having genocidal intent.

But while the refugee crisis has drawn the world’s attention to the struggles of Habib's people – for many Rohingya it is merely the latest incarnation of deep-seated persecution. 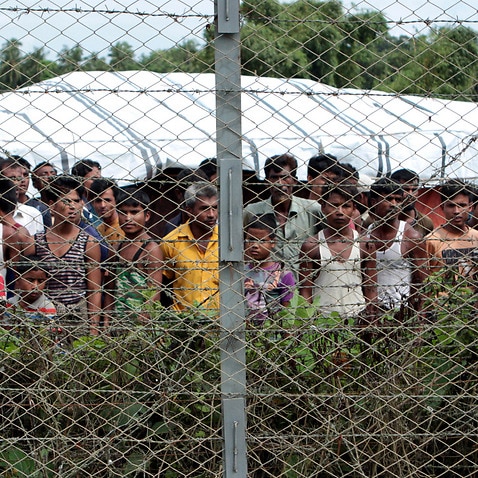 Rohingya tell Myanmar they refuse to return without recognition

Habib was just three years old when the military leader of his country declared the Rohingya were not one of the 135 recognised ethnic groups that formed the eight ‘national races’.

When he was a young boy he was placed in detention for the first time with his father. He alleges discrimination led to brutality at the hands of authorities.

“[The conditions] - not even suitable for an animal to live,” he said.

“In there, systematic torture ... they have police randomly, they will come down and beat you up … they beat me.”

He says he was oppressed, just like generations of Rohingya before him.

I had to struggle for my life ... struggle to stay alive.

He left his homeland in 2000 not knowing where he would go next.

“At the time I left Burma I was terrified,” he said. “I had to struggle for my life ... struggle to stay alive."

“Only thinking that even If I can get one step away … then I will be safe and I will not be put back into prison or torture.” Habib has written a book about his experiences.
SBS News

That journey would take him to Thailand, then Malaysia, where he would be in an out of detention, before boarding a boat to Australia in 2009.

"Once we get to Australian shores [I thought] we don't need to worry for life."

"We have hope, we have future," he said.

"But the feeling changed after I was kept in detention for a long time."

He spent 32 months in Australia's immigration detention facilities, including on Christmas Island. In response to the delay, he staged a hunger strike on the roof of a Darwin detention centre and was convicted of damaging commonwealth property.

Despite being a recognised refugee, he remains stateless today, with no passport. It meant he had to turn down an offer to address the European Parliament with his story. 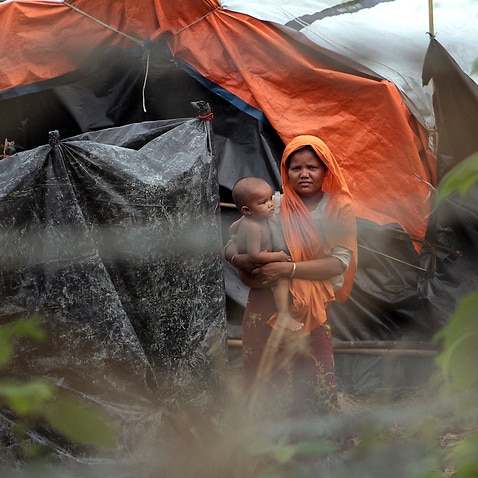 Now living in Melbourne, Habib has published a memoir about becoming an outlaw in his own country and subsequent escape. He hopes it will bring attention to what he describes as historical prejudices behind the plight of his long embattled people.

“They demolish our historical existence.”

Myanmar military and government officials have vehemently denied claims against them of targeted “ethnic cleansing”. Instead, saying that their military campaigns are against what it labels a Rohingya terrorist group.

Despite more than 700,000 Rohingya languishing in the squalor of refugee camps in Bangladesh’s Cox’s Bazar, a solution to the crisis remains at an impasse.

Habib stays a state solution could be the only way forward.

But even with monsoon conditions adding to the treacherous nature of life in the camps, many still fear going back home is a greater threat to their safety. 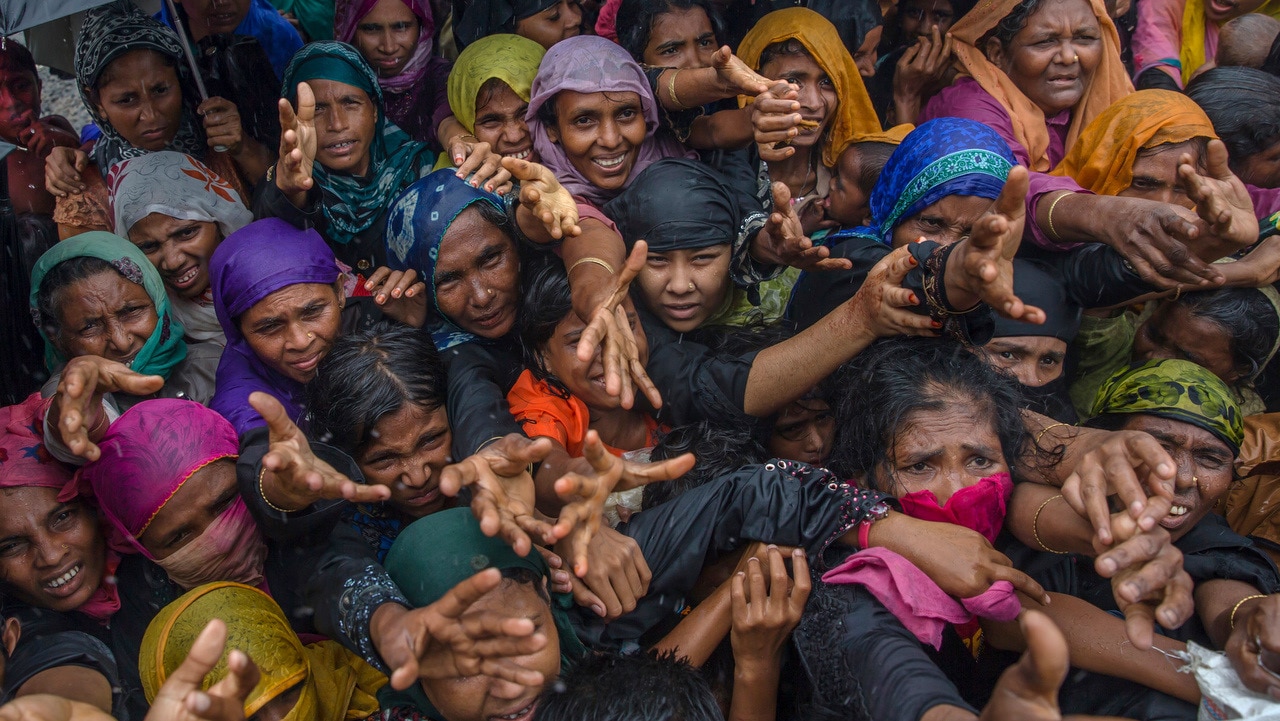 Rohingya women, who crossed over from Myanmar into Bangladesh, stretch their arms out to collect sanitary products distributed by aid agencies.
AAP

Rohingya are refusing to return unless they are recognised as an ethnic group and can become official citizens of Myanmar.

Myanmar has made “minimal” preparations for the return of Rohingya sheltering in Bangladesh, a recent report by the Australian Strategic Policy Institute found. The report analysed satellite imagery of the Rakhine state region.

Myanmar authorities consider most Rohingya to be “resident foreigners,” according to Human Rights Watch.

Since 1982, the ethnic minority has been denied citizenship in Myanmar after laws came into effect officially not recognising them. The Rohingya are not listed as one of 135 Myanmar ethnic groups, despite having descendants in the country for generations.

“The name Rohingya is prohibited and we do not exist,” Habib said. The title of his book is 'First, they erased our name'.

“The problem is because by [the] constitution I do not belong to one of the races that the Burmese government recognise,” he said. “We are trying to establish what are the possibilities of citizenship,” he told reporters.

“At least those who live in Myanmar for three generations,” he said.

Habib is now safe. He has found work in community projects and construction in Melbourne. But he is aware many of those once closest to him continue to suffer.

His younger sister and husband are still living in the Bangladesh refugee camps, while other family members are internally displaced in what he calls “concentration camps” within Rakhine state.

“We have to stop this and our people have to get back to our own dignity,” he told SBS News.

We have to stop this. Our people have to get back to our own dignity.

Malaysian Prime Minister Mahathir Mohamad recently declared the Rohingya should either be recognised as citizens in Myanmar or given the chance to form their own state.

It is a solution Habib believes could be the only way to bring an end to his people's persecution.

“The last solution is only that the Rohingya has to build their own state… that is the lasting outstanding solution,” he said.

“This is only hope for us because that is our home … we have to build our home again.”

Habiburahman will be speaking at Antidote festival at the Sydney Opera House on 1 September and Brisbane Writers Festival on 8 September. His book 'First, They Erased Our Name' (written with Sophie Ansel) is published by Scribe.