The presence of the five women at the negotiating table is significant in patriarchal Afghanistan, though they will be outnumbered by the Afghan government's team of 16 men.

Five Afghan women who endured the Taliban's oppressive rule and fought for fragile gains since the militants were ousted are now preparing to face the hardline group in peace talks.

Their presence at the negotiating table is significant in patriarchal Afghanistan, though they will be outnumbered by the rest of the Afghan government's team of 16 men and the Taliban's male-only side.

"The Taliban have to understand that they are facing a new Afghanistan with which they have to learn to live," said Fawzia Koofi, one of the negotiators and a high-profile women's rights campaigner. 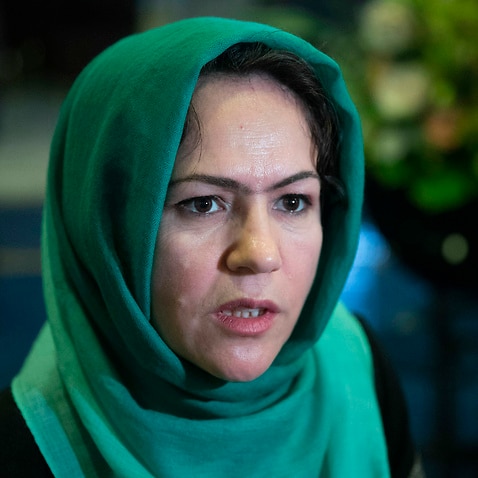 The politician has survived two assassination attempts during her career - the latest was just weeks ago near the capital Kabul and came after the Taliban and Afghan government said they were ready for talks to begin.

"Being in such an important role is not something which is very common in Afghanistan, so you really have to find your way among those people who do not believe in a woman's presence," Ms Koofi told AFP before the shooting. 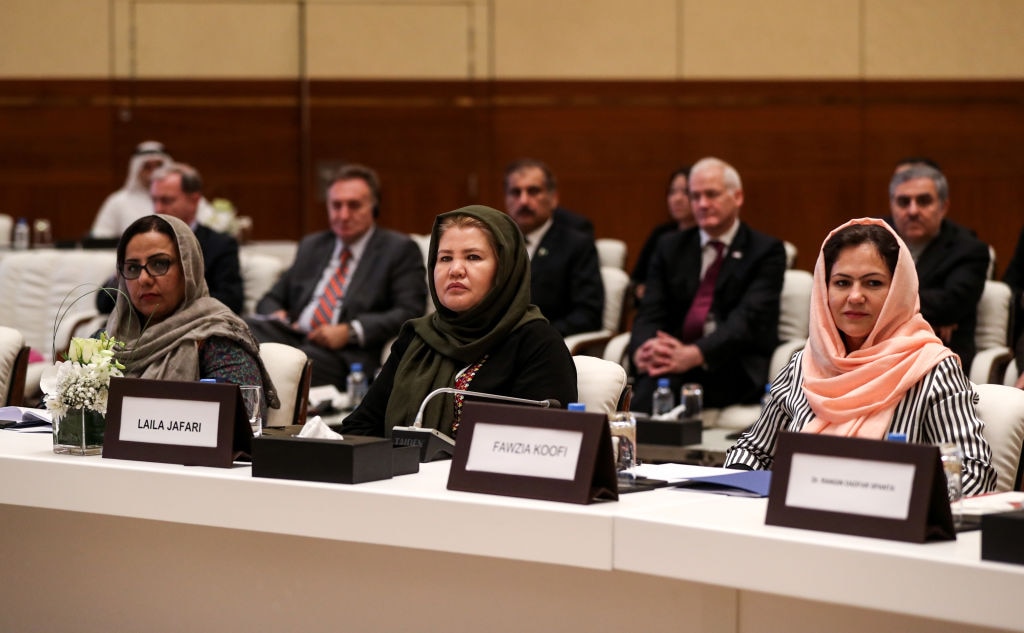 When the Taliban ruled Afghanistan from 1996 to 2001, her husband was jailed and she was threatened with stoning for wearing nail polish, she said.

Religious police whipped women in the street if they wore anything other than an all-concealing burqa, and those accused of adultery were sometimes executed at sports stadiums after Friday prayers.

Today, the traditional patriarchal system remains the norm and life for most women in rural areas has improved little since the 2001 US-led invasion toppled the Taliban, who banned girls from going to school and women from working.

However, in Kabul and other Afghan cities, progress has been made, with women studying at secondary and tertiary level and holding elected positions and running businesses, albeit in disproportionately low numbers.

Ms Koofi is one of a few women who held unofficial talks with the Taliban in 2019 and knows the battle women negotiators will face.

"It's not just about what you are talking," she said. "People look at what you wear, whether your scarf is of the right size or not."

'We always have fear'

Washington signed a deal with the Taliban in February committing to withdraw foreign forces in return for a pledge from the insurgents to hold talks with the Afghan government, aimed at ending the war.

Both sides have said they are ready to fly to Doha for the talks after a controversial prisoner swap has been completed. Islamic law expert and negotiator Fatima Gailani, 66, told AFP that women were apprehensive about negotiations with the Taliban.

"Every woman in Afghanistan has a fear... we always have a fear that whenever there are changes in Afghanistan and whenever there is a political change, always women are hurt," said Ms Gailani, a spokeswoman for the mujaheedin against the Soviets in the 1980s and now the president of the Afghan Red Cross.

But she said she has the support of the men on her team, who "believe in exactly what I believe in". First, though, the talks should focus on "common values", such as Islam, and on achieving a ceasefire in Afghanistan's conflict, which has killed tens of thousands and left millions displaced since 2001.

"I'd like very much to see an Afghanistan where you don't see yourself in danger... If we don't achieve it now it will never happen," Ms Gailani said.

The Taliban have made only vague comments about women's rights, saying these will be protected through Islamic values.

The other three women on the negotiating team are Habiba Sarabi, who on her return to Afghanistan became the country's first female provincial governor and has served as a minister twice;  Shahla Fareed, who is a lawyer, women's rights activist and university lecturer; and Sharifa Zurmati, a former broadcaster and local politician in the eastern province of Paktia.