The headmaster of Shore joined the heads of Anglican schools Abbotsleigh and Barker College in Sydney to apologise to students and staff.

The leaders of Sydney's Shore, Abbotsleigh and Barker College have apologised after signing a letter to the federal education minister asking to preserve religious schools' right to sack gay teachers or expel gay students.

Last week, the principals of 34 Sydney Anglican diocese schools wrote to the Morrison government warning of an undermining of their faith's core values if the federal government bows to pressure and overhauls anti-discrimination laws to protect gay teachers.

On Tuesday evening, Shore headmaster Tim Wright followed the heads of Abbotsleigh and Barker College in apologising to staff and students for the hurt caused after signing the open letter.

"This is the most humiliating moment of my career," he told The Guardian on Tuesday evening. "I love the school. I love the boys. I feel I have let them down. I am sorry."

"I think the realisation is growing that the relationship between the LGBTI community and the diocese is badly affected by attitudes of rejection," he said.

An additional letter from the chairman of @BarkerCollege states “We support reform of the Sex Discrimination Act” and blames media for misreporting/hyping original position of diocese letter.
(This is not accurate in my reading of the quite detailed press coverage.) pic.twitter.com/vT541SGT8c

In the apology letter seen by SBS News, Ms Krimmer said that while "I believe that Australia should have legislation that guarantees freedom of religion for all ... we are an Anglican School which is inclusive and non-discriminatory".

She claimed it was unfortunate that the advocacy for religious freedom was tied to the discriminatory exemptions. 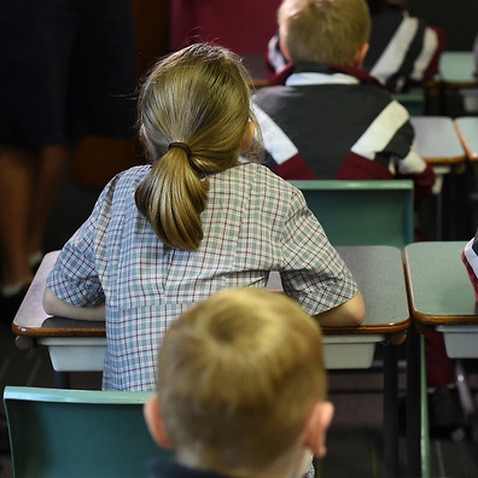 Mr Heath, head of Barker since 2014, said that he was responding to a "request from the Diocese of Sydney".

"The advice I received was that it would help support the parliamentary debate into religious freedom. It is now clear the letter has generated unintended hurt and division," he wrote in an email to parents.

"I reiterate my position that the school strongly encourages inclusion and no student or member of staff of Barker College will ever be removed from our community on the grounds of their gender, their sexuality or their beliefs," he added.

The chair of Barker's School Council Peter Berkley also apologised for the hurt caused to "our young people".

"Our Open Letter to members of parliament was widely criticised in the mainstream media and precipitated a social media firestorm. This has hurt our young people. Some of our students thought we might actually want to expel them for being gay. We did not foresee this and are sorry," he wrote in a letter to the community.

The heads of Abbotsleigh and Barker College supported the removal of the exemptions that allow religious schools to discriminate against LGBTQI+ staff and students in the Sex Discrimination Act 1984.

They also thanked their communities for their feedback since the controversy.