'This is Brittany's story. Let us listen': Grace Tame lauds Brittany Higgins for speaking out about alleged rape 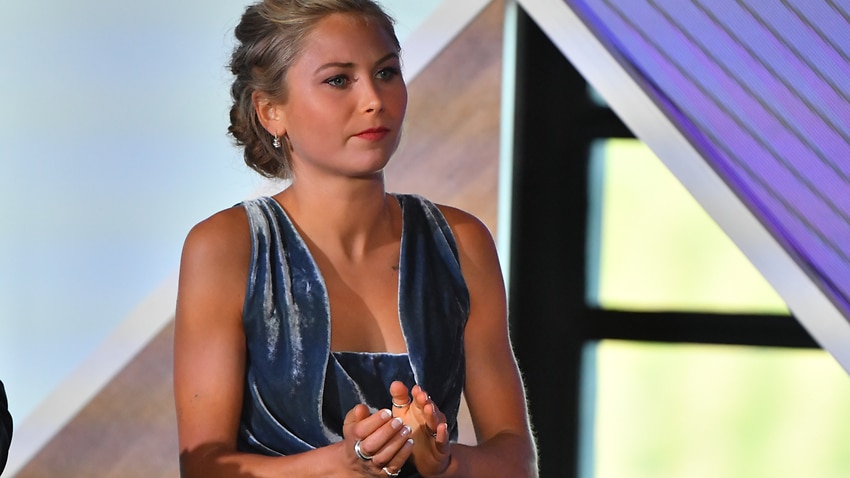 Australian of the Year Grace Tame has praised the courage of Brittany Higgins. Source: AAP

Australian of the Year Grace Tame has praised the courage of Brittany Higgins after the former Liberal Party staffer ended her silence on her alleged rape at Parliament House.

The advocate for survivors of sexual assault, particularly in institutional settings, was cited by Ms Higgins as her inspiration for speaking up.

"This case is another reminder for us all of the need for survivor voices to raise awareness and improve our collective understanding of sexual abuse," Ms Tame posted on social media.

"I stand with survivors. I am an advocate for normalising the conversation and breaking the cycle of shame.

"This is Brittany's story. Let us listen."

Ms Tame said there was more work to do.

"We all have a seat at the table. We are all still learning," she said.

"Family, friends, colleagues, strangers, in every class, culture and community," she said.

"Just as the impacts of evil are borne by all of us, so too are solutions borne of all of us."

Brittany Higgins says it shouldn't have taken her rape allegation for Prime Minister Scott Morrison to take the handling of sexual assault and harassment complaints in Parliament House more seriously.

Ms Higgins says she she felt “dismissed” in the aftermath of an alleged raped by a male colleague inside a ministerial office in March 2019.

Mr Morrison on Tuesday apologised to Ms Higgins for what she experienced following the alleged incident and conceded the government had mishandled its response.

He also announced a review into the way ministers and staff are held to account over claims of harassment inside parliament.

Ms Higgins said Mr Morrison's promise to conduct the investigation into the workplace culture at Parliament House was a "welcomed first-step" but "long overdue".

"It should not have taken my story, or the story of other victim-survivors to air on national television for the Prime Minister - or any member of parliament - to take action," she said in a statement on Tuesday afternoon.

"Everyone should feel safe to report sexual assault without fear of losing their job. These incidents shouldn't have to play out in the media for change to happen."

She thanked Mr Morrison for his apology, but added that "there needs to be an independent reporting mechanism for staff where they can confidently and safely make complaints - similar to processes in many other workplaces in Australia and abroad".