It has been more than four years since the Australian government began its special intake of refugees fleeing a horrifying war and the brutal persecution of IS. And while support agencies say the majority now feel safe and welcome, some are still facing barriers.

Their pasts contain different stories of heartbreak and survival, but their futures are all now in Australia.

Since the one-off intake was announced in September 2015 by the then-Abbott government, 12,000 Syrians and Iraqis have been permanently resettled across the country, arriving on special humanitarian visas.

From young professionals to artists and families, SBS News meets some of those healing from past trauma and building new lives. Ayad Hadaya escaped from IS when he was just 16 and used his passion for filmmaking to document his plight during his four years in a Lebanese refugee camp.

He made a series of short films about the conditions for Iraqi refugees, which gained traction on social media.

"Me and my friends thought to do something different and to help the community, and to like, to push the United Nations to support the Iraqi people, or like, the refugees," the now-21-year-old said.

"I'm very proud of myself and my friends as well as we could make a difference in our community, and in the world ... I could be proud of telling the people how I came to Australia. 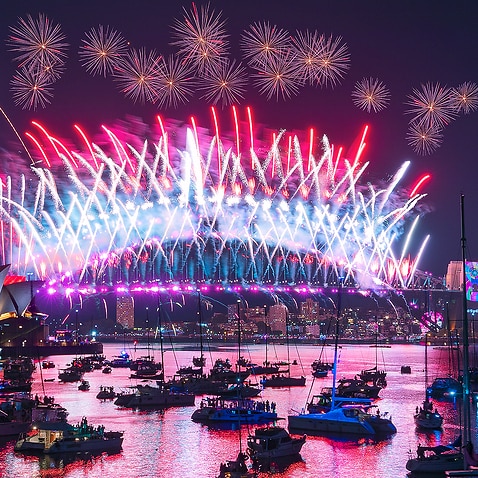 Ayad arrived in Melbourne in January 2018 with his parents and two older brothers and has since helped film videos for AFL side the Western Bulldogs.

"We feel very safe here and we feel like I could save the world, we feel we are human here. And we have all the rights, no-one can hurt us."

But, he admits, the situation is not always easy for his family, particularly for his brother who has a disability.

"Right now in Australia it is a bit hard for him because he is always at home watching television," he said.

"And my mum as well, she still stays at home with him, takes care of him, and that's it. She can't go outside without us, because she is always staying at home with him." 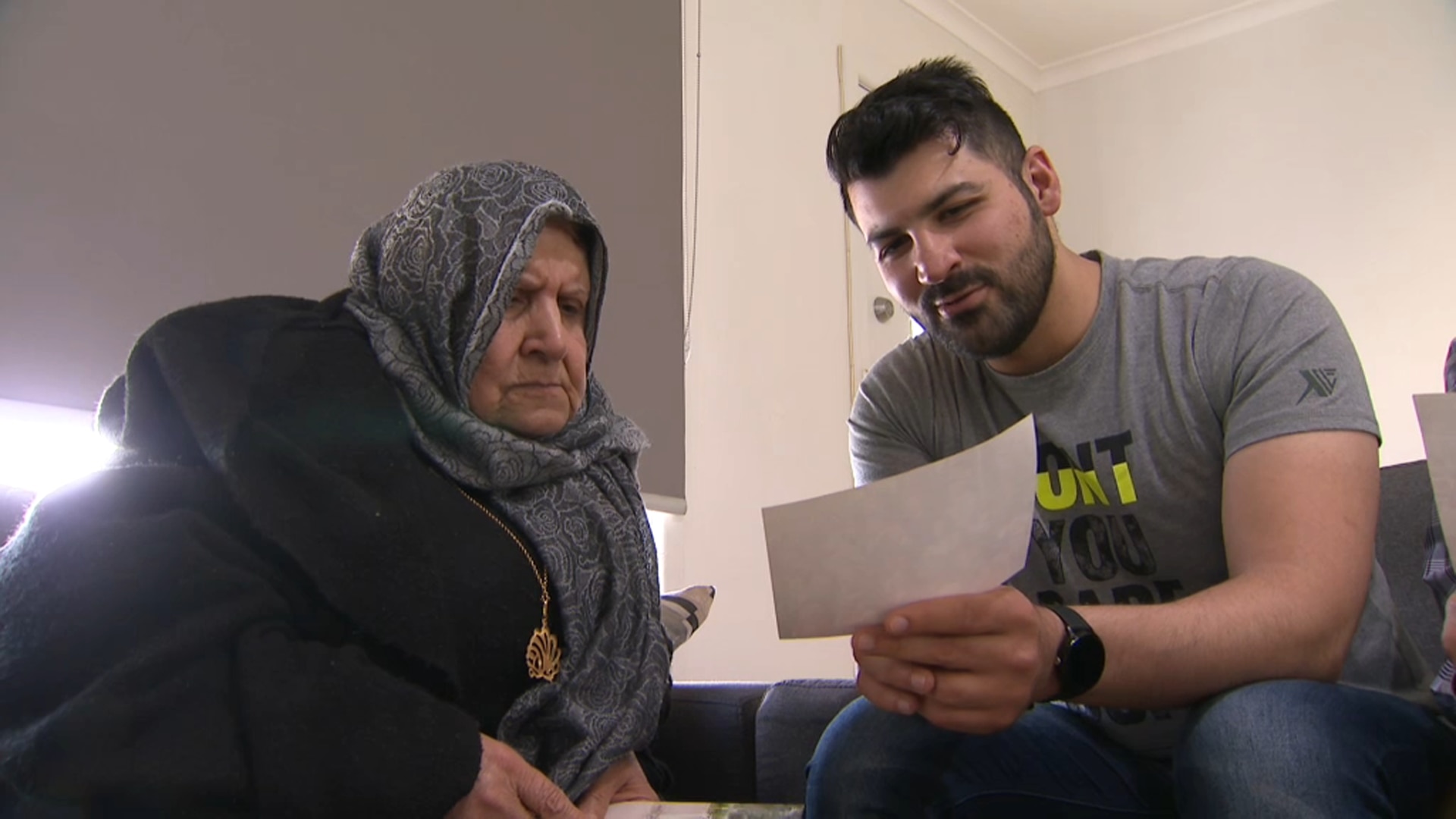 Ammar al Taie looks through photos with his mother of their previous lives in Iraq.
SBS News/Omar Dabbagh

Ammar al Taie, 32, is a certified dentist in Iraq, but he has a long road ahead of him before his qualifications are recognised in Australia.

"The process, sometimes it's frustrating, and it's really long," he said.

"And it's really expensive, so I try to study ... but it's complicated."

Ammar says he is "trying to be proactive" by volunteering with the St John Ambulance as he pushes to have his qualifications recognised.

"I can't stand being at home. I really want to go out and work and be a positive addition to the community, to serve the community."

Settlement service group AMES Australia says his plight is a common one. A survey it co-authored in 2019 found while 80 per cent of the special intake arrivals now feel safe, and 40 per cent have competent levels of English, only 12 per cent of adults had paying jobs.

"Employment is always the factor that is the most difficult for new arrivals, particularly refugees who have had to flee their home countries," AMES Australia CEO Cath Scarth said.

"So for the Syrians and Iraqis, many of them are highly qualified, with significant professional backgrounds, and so they feel very frustrated that they haven't been able to match their skills here in Australia."

Civil engineer Wafaa wants her fiancé to join her Wafaa Fhaid, 32, who has been displaced twice over the past decade from Iraq and then Syria, secured an internship with construction giants Lendlease last year through a pathways program.

The civil engineer - who is hoping her fiancé will also be able to resettle in Australia - is now a full-time employee.

"When we arrived we thought everyone smiled in Australia because everyone was so welcoming to us," Ms Fhaid said.

"When I started working for Lendlease, I started to feel I am a part of this society, and there's a future for me. And I can feel like I settled, and [I am] calm and happy again. George Karam and his family became Australians in 2017.
SBS News

George Karam has been a maestro of the oud - a lute-like string instrument synonymous with Middle Eastern culture - for more than 25 years.

As war broke out in Syria in 2012, his family fled the brutal crackdown of IS on their town of al-Hasaka. It inspired him to pen the song 'The Escape'.

"The pain and the suffering, all these feelings I put in the oud," he told SBS News in Arabic.

Freedom song: Assyrian refugee depicts escape from IS through music

George says the music and his family's support helped ease the pain, as he, his wife, and their daughter were granted special humanitarian visas in 2017.

Daughter Atra is now completing a construction management degree in Sydney, as George continues performing whilst studying English. Their eldest daughter remains in Syria and the Karams are hoping she will soon be able to join them. 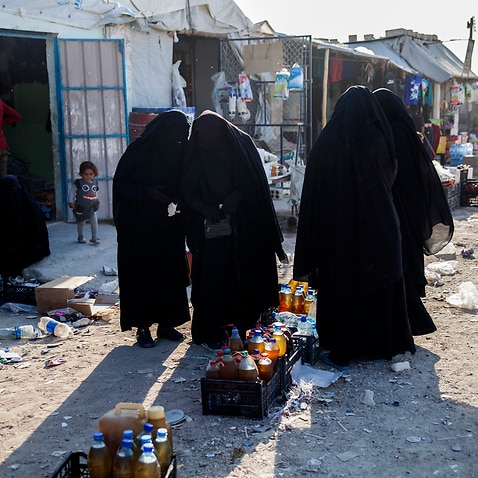 Is Australia avoiding its responsibility to its citizens held in Syria?

"You now feel you have greater hope. Like someone was squeezing themself from the outset and is now able to let go of their stresses. Our situation is perfect, thank God," he said.

"Here I have found everything."

Ed plans to run a business to support his family The 24-year-old hopes to turn his venture into a profitable business for his family before he sets his focus on completing his dream of becoming a dentist.

"It's my motto that food unites people together. It's one of the delightful things about food. It's been challenging, very challenging, but also rewarding on the other hand."

AMES Australia's Cath Scarth says most of Australia's new arrivals from Syria and Iraq are able to live independently within 18 months, with the vast majority focusing on proving their value to Australian society.

She believes their hardworking nature provides a strong case for the federal government to consider a second special intake of refugees.

"There are millions and millions of people who are still seeking resettlement and support in safe countries. There are many people still languishing in refugee camps around the world. The more that Australia can do, obviously the better," she said.

"We would certainly like to be able to support many more refugees than we do."