Witnesses giving evidence during the George Pell hearing had the option of being accompanied by Coop the Labrador, a support dog who sits with them as they speak.

A three-year-old Labrador support dog named Coop was on standby to assist witnesses as they gave evidence in the Cardinal George Pell committal hearing in 2018.

The four-week hearing was conveyed to decide if Cardinal Pell would stand trial on historical sexual offence charges. In February 2019 Pell was convicted of five child sex offences, committed in 1996 against two 13-year-old boys. He is now awaiting sentencing. Witnesses who provide evidence from a remote witness facility had the option to be accompanied by Coop, who who sat with them as they spoke.

He said during a 12-week pilot of the program, Coop was used to help victims of sexual assault. He has since become a permanent fixture - often helping in court cases. 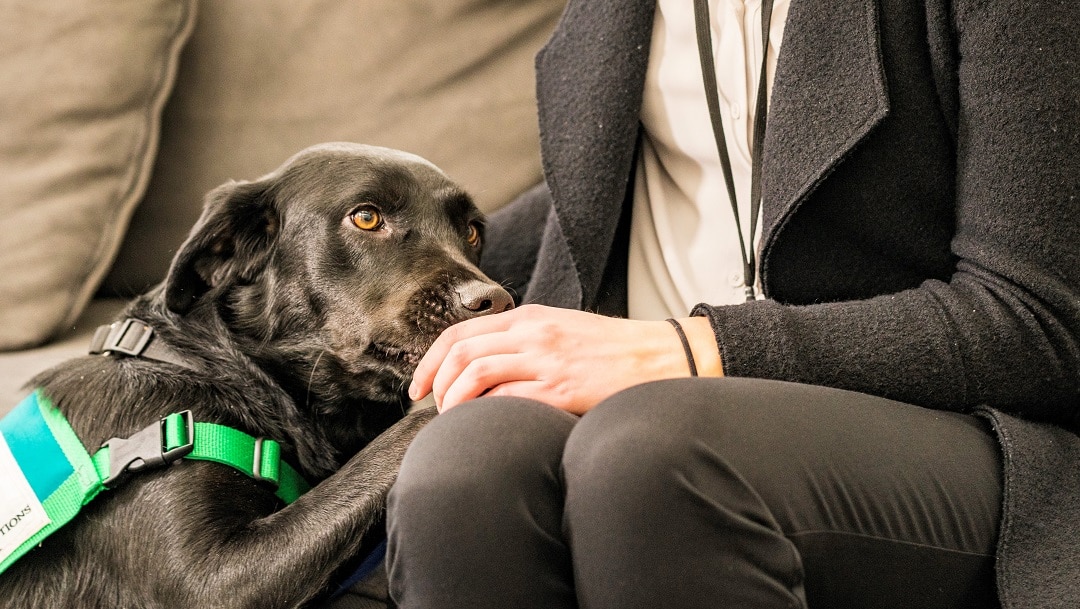 "The role of the dog is to provide support and comfort to the witnesses - many of whom are stressed, anxious and nervous."

"(Coop) provides a calming influence and enables them to give their evidence more clearly and succinctly with less stress and less anxiety. (The witnesses are) much calmer and more relaxed as they're giving their evidence."

Mr Cain said the use of Coop was subject to the approval of the court. So far the feedback has been positive. "People are saying what a wonderful initiative it is and how much assistance Coop was to them in giving their evidence," he said.

"We will continue the program at the OPP (Office of Public Prosecutions) in Victoria. If other states are interested in following our initiative, we'd encourage them to do so because the results have been so overwhelmingly good for witnesses."