Sydney Zoo was built to showcase a new Aboriginal cultural experience alongside its native animals. Like many independent zoos across the country, it's now hoping to bounce back after the COVID-19 pandemic.

Josh Nicholls grew up in Sydney’s west and is now an Aboriginal cultural supervisor at Sydney Zoo, a state-of-the-art facility in Bungarribee.

He’s one of the Indigenous workers, hired as part of the new Bungarribee Dreaming Experience to showcase Aboriginal culture to local and international visitors.

“All Australians of all backgrounds should learn about Aboriginal culture,” the 26-year-old told SBS News while wiring bark panels to a traditional field shelter or ‘gunya’.

“By teaching about native animals, I hope to educate [visitors] about our culture, and also through storytelling and artwork.” 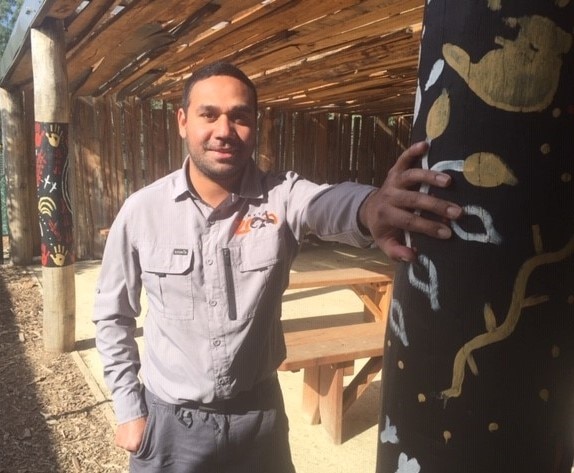 Josh went to school in the Sydney suburb of St Mary’s but was born in the far west of NSW. His father is an artist and Josh has followed in his footsteps by painting poles in the Australian precinct at Sydney Zoo.

It’s part of an immersive cultural experience at the 16.5 hectare zoo, in consultation with traditional owners the Darug people.

The $55 million independent zoo is backed by private investors and run by managing director Jake Burgess, a former funds manager whose father founded the Sydney Aquarium. They've been hit by drought, fires and coronavirus, but today regional towns are reopening

Almost 10 per cent of the zoo workforce is Indigenous, with six trainee Aboriginal guides graduating from a four-week TAFE Aboriginal cultural immersion course as part of their employment.

The trainees were also mentored by experienced Aboriginal guides to be able to share dreamtime stories about native animals, including emus and kangaroos which roam freely in the Australia precinct. 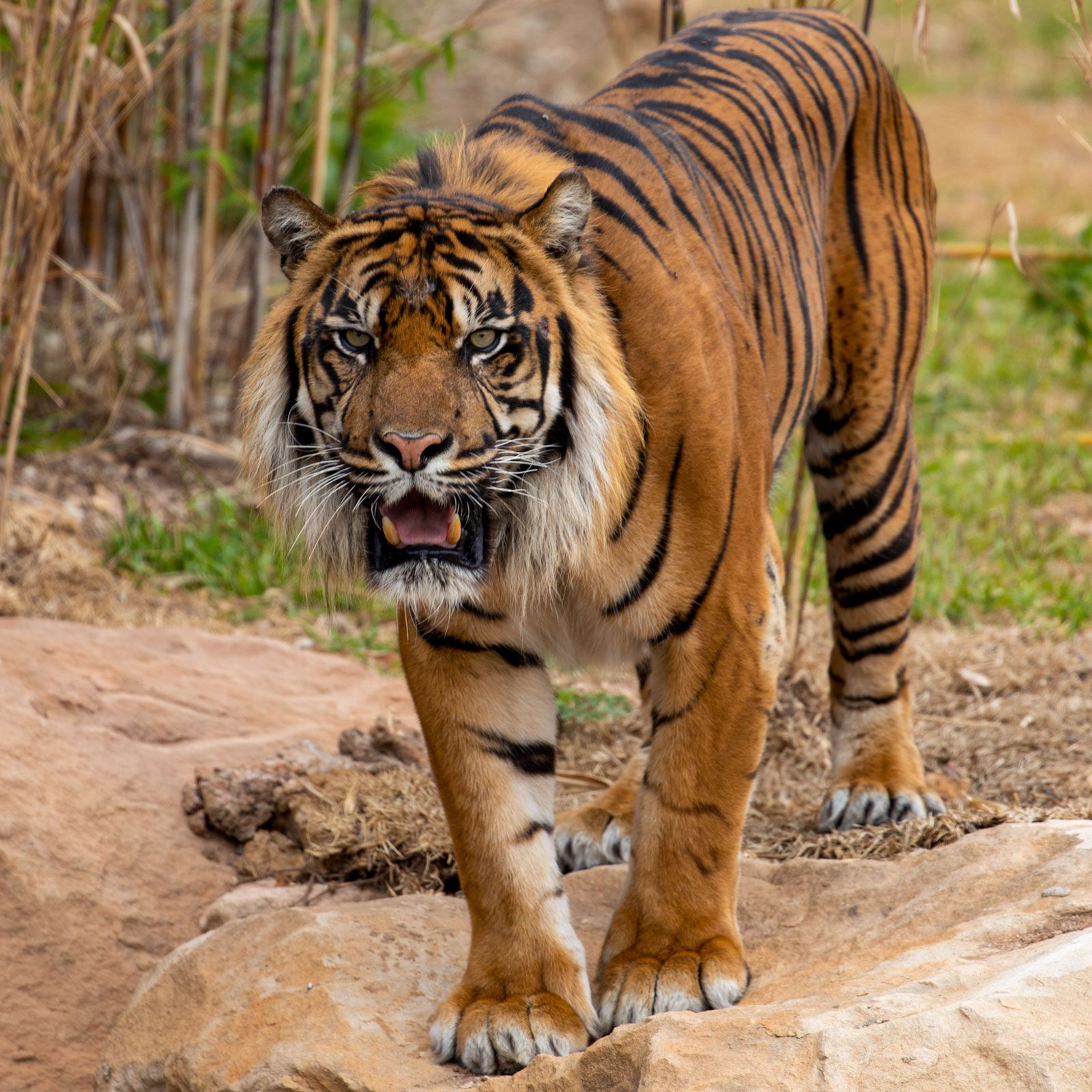 Sydney Zoo has several tigers on loan from Dreamworld.
Supplied

The zoo had planned to welcome one million visitors each year when it opened in December, but debt has ballooned after COVID-19 restrictions closed the gates in March.

“If we put one million people through here annually, that would make us the largest Aboriginal cultural experience by visitation in Australia,” Mr Burgess said.

“We are in Blacktown which has the largest Aboriginal population in NSW.”

“So this was an opportunity for us to engage with local Aboriginal people, to train Aboriginal staff." 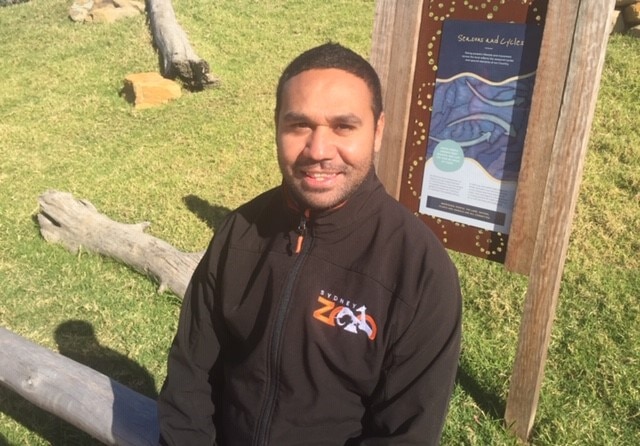 “Josh is really growing and he is now in a position of leadership here,” Mr Burgess said.

"It is great to watch staff [improve] their career prospects going forward.”

Zoos around the country hit

Sydney Zoo attracted 300,000 visitors in its first 100 days after opening, but losses during the closure are mounting up.

“It’s been an extremely heavy financial blow for the business,” Mr Burgess said.

“It's going to cost us probably north of $6 million in lost profits.” 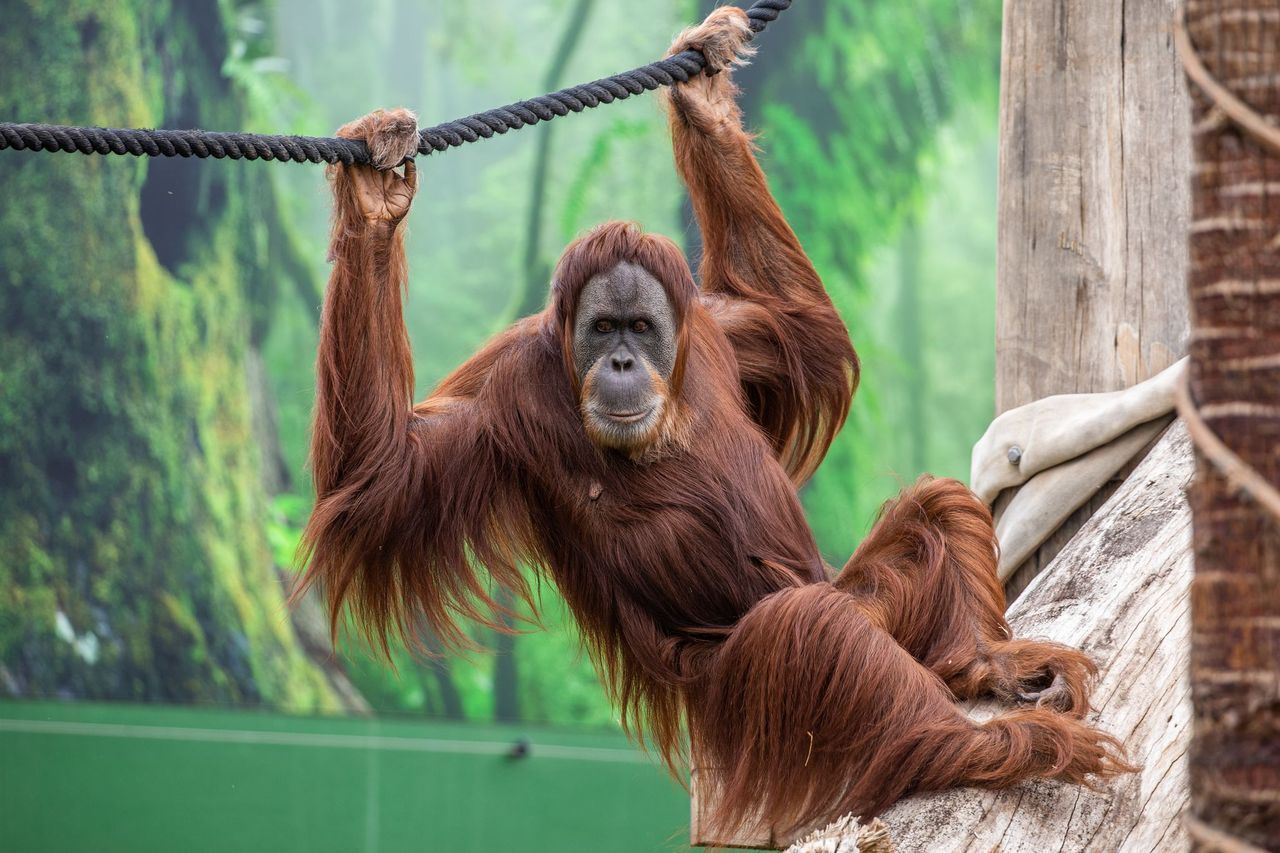 The zoo currently houses 2,500 animals and works closely with zoos in San Diego and Singapore on conservation efforts. It also collaborates with teams in Indonesia on the rehabilitation of orangutans which are suffering habitat loss due to clearing for palm oil plantations.

But maintaining the zoo and feeding its animals, including big cats, is costly.

“Our overall feed bill is around three-quarters of a million a year," Mr Burgess said.

"On top of that, you've got your vets, plus all of the supporting facilities, the staff to feed and clean. So there's a huge multiplier effect.” 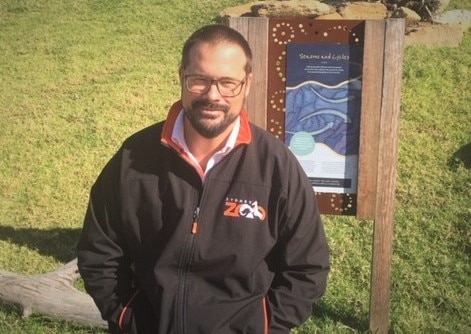 Sydney Zoo is among 150 independent zoos in Australia, along with Billabong Zoo in Port Macquarie which is also experiencing financial difficulty.

Founder Mark Stone and his family have worked hard to care for their animals since standing down most staff due to the impacts of COVID-19.

“In the 40 years that I've been in this industry, I've never seen anything like this before,” he said. 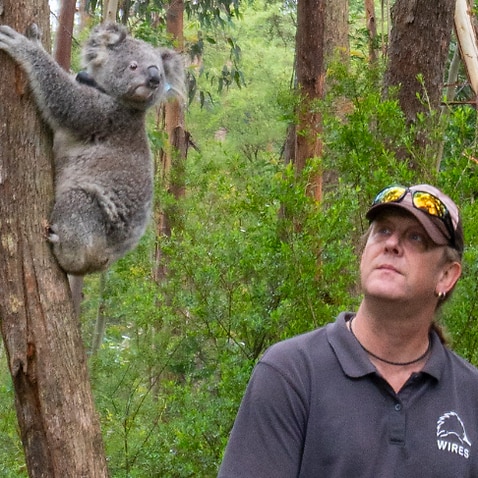 Coronavirus measures are impacting the rescue of Australia's injured koalas

“To sit there and physically watch the account being drained of money and not knowing when it's going to stop, that was the hardest thing.”

The four-hectare Billabong Zoo houses more than 200 animals, across 80 species of mammals, reptiles and birds. For the past 25 years it has operated a koala breeding program and aims to educate visitors about the need to protect koalas in the wild. 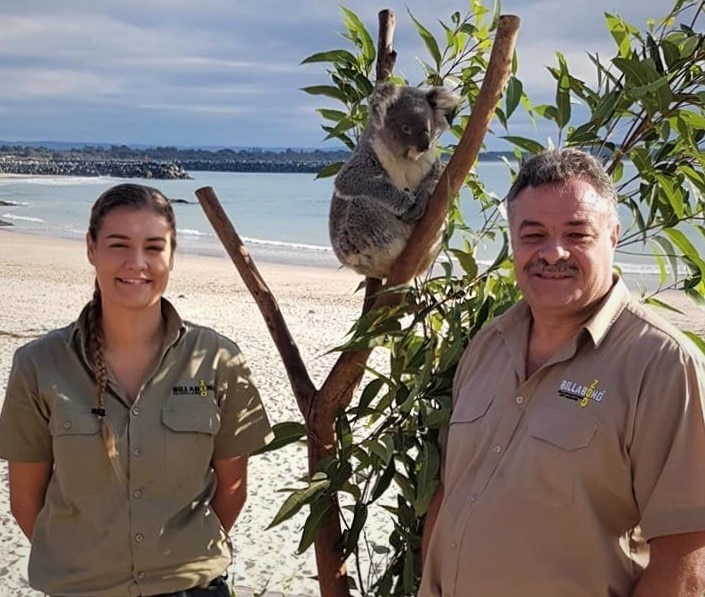 Mark Stone and his daughter Brooke from Billabong Zoo.
Supplied

Mr Stone isn’t sure exactly how much the COVID-19 restrictions have cost them so far.

“It was depressing enough trying to keep going, it was a really tough time. And I didn't want to be any more depressed about how much money we've lost,” he said.

Billabong Zoo has applied for the support package but is yet to receive funds.

And although both zoos have re-opened this weekend, visitor numbers will be restricted for some time. 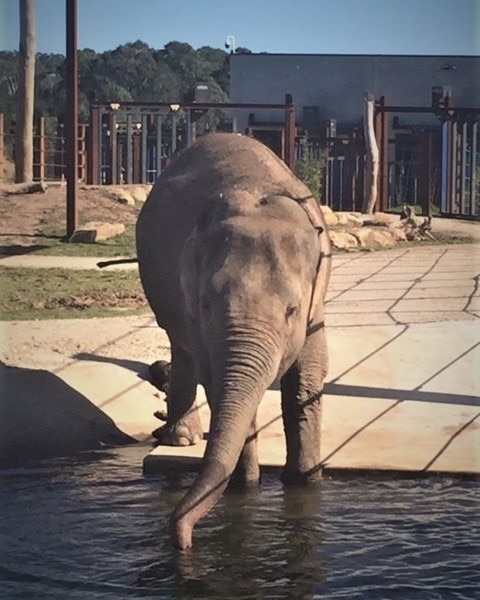 “We do need to maintain the coronavirus protocols around social distancing. So we'll be trading at probably around a quarter of what we might normally do,” Mr Burgess said.

“It's been a very long journey. There's no escaping that.

“But people have literally stopped me and thanked me for what I've done for the people of Western Sydney, which has never happened to me in my life before.

“So you just take a real sense of pride in that.”