Thousands of protesters marched in Washington and elsewhere in the United States on Saturday to protest Donald Trump's Supreme Court nominee and to call for his defeat in the 3 November election.

The rallies, which organisers said were taking place in all 50 states, were inspired by the first Women's March in Washington, a huge anti-Trump rally held a day after his 2017 inauguration.

But in the midst of the COVID-19 pandemic, the demonstrations Saturday were considerably smaller.

The parade route in Washington started near the White House before heading to the US Capitol and then to the National Mall. 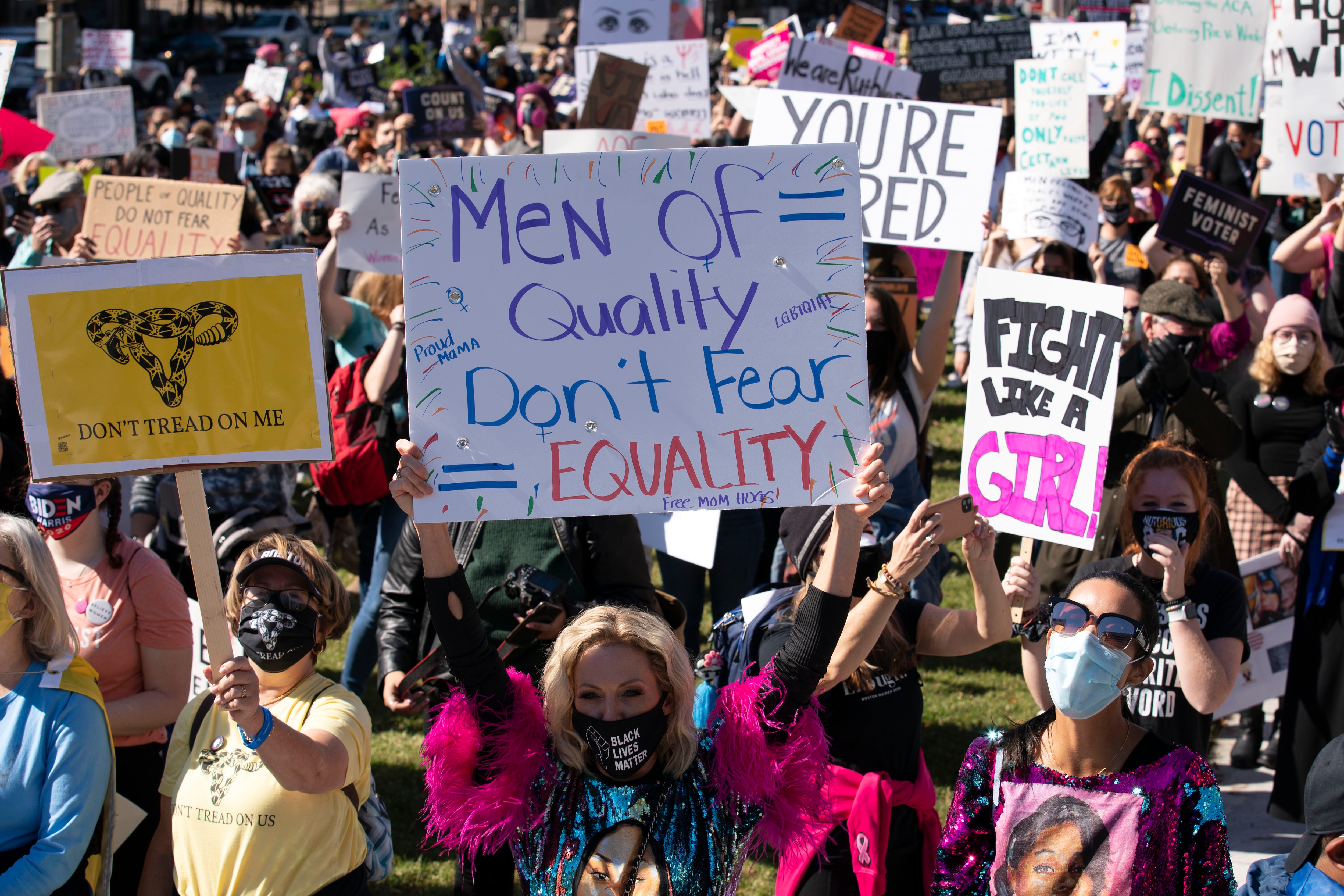 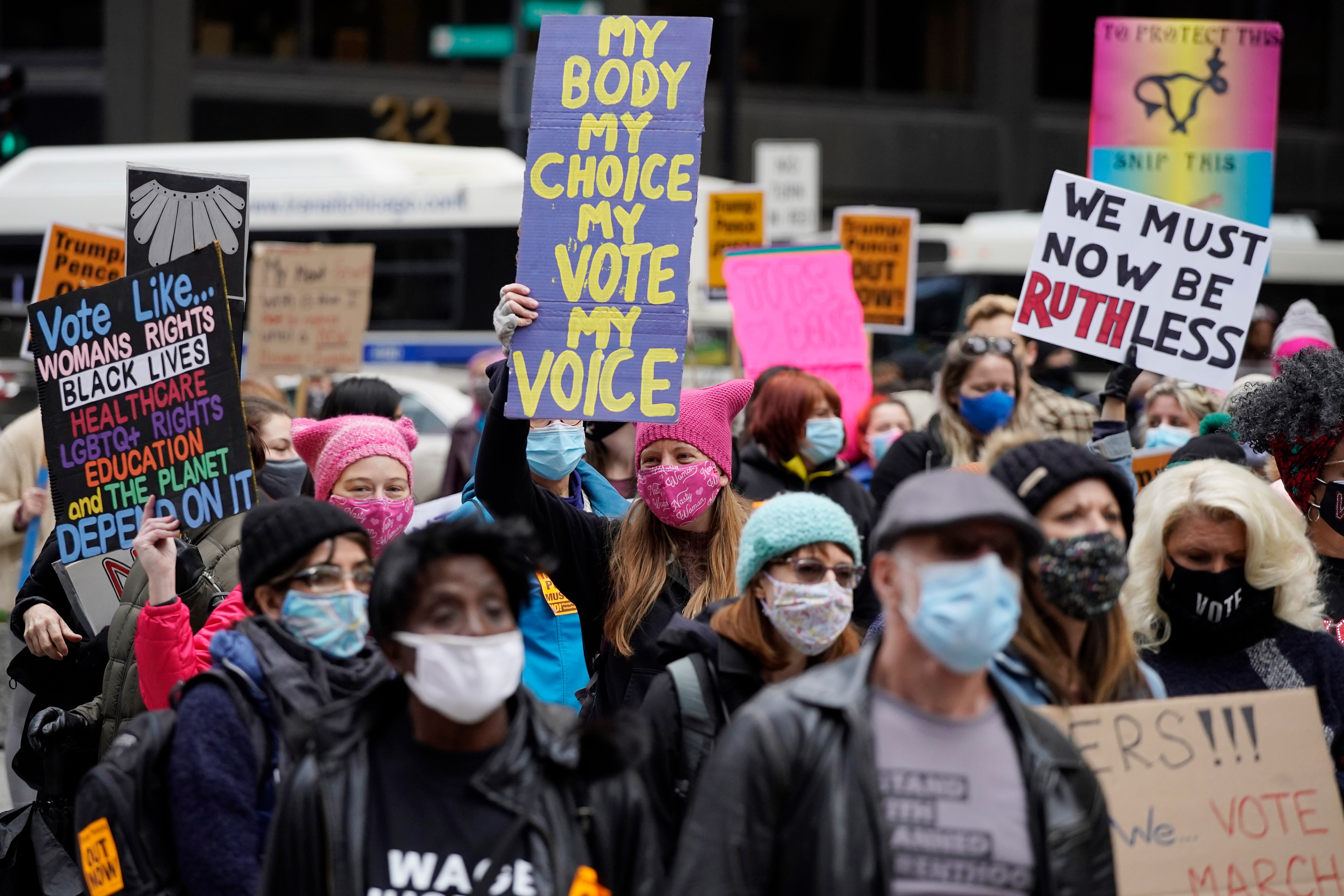 Some protesters were heading afterward to the Supreme Court building, where a smaller "I'm With Her" counterprotest - in Judge Barrett's favour - was scheduled.

Most marchers in Washington wore protective masks, with some dressed as Justice Ginsburg in black robes with white lace collars, and several wore the knitted pink hats made famous by the original march.

Their signs and banners underscored the broader anti-Trump message: "Trump/Pence: Out Now," read one, while others simply said, "Dump Trump."

In New York City, around 300 people gathered at Manhattan's Washington Square, many with pink hats and signs supporting Mr Trump's Democratic opponents Joe Biden and Kamala Harris or honouring Justice Ginsburg. It was one of five separate marches in the city. 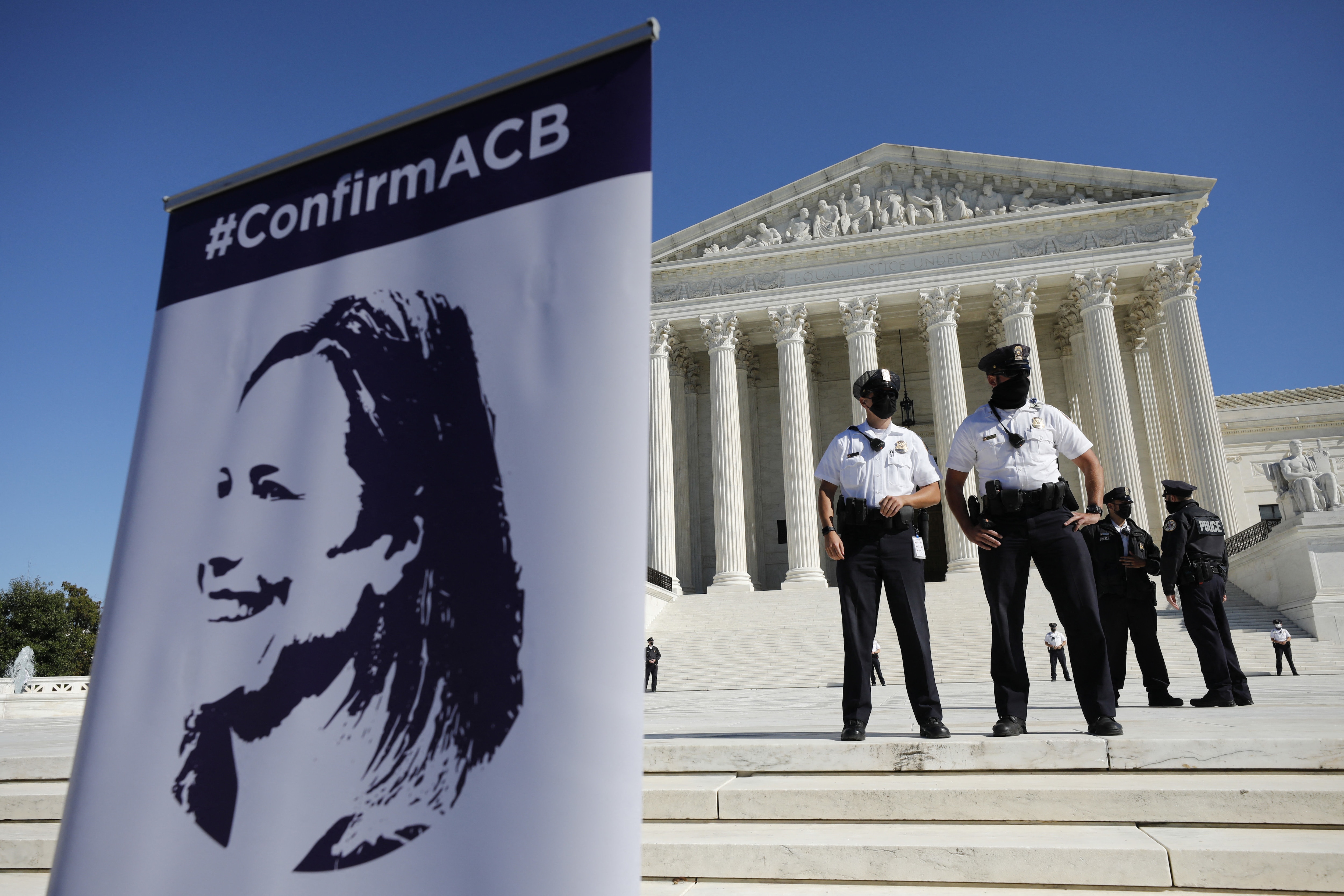 A poster with Judge Amy Coney Barrett is seen outside US Supreme Court during the Women's March in Washington on October 17, 2020.
ABACA

"It’s really important to be here and try to encourage people to vote out Trump and his misogynistic policies, especially now, with COVID, when a lot of people are isolated," said Yvonne Shackleton, a 47-year-old working mother from near Albany, about a three-hour drive from New York City.

The Women's March website, harking back to the huge turnout for the 2017 marches, said, "We need to bring that same power and determination to 17 October to cap off Trump's presidency just the way it started - with massive, women-led resistance."