A second caravan of migrants has forced their way into Mexico after breaking a fence and clashing with police at the border separating Guatemala and Mexico.

More than a thousand Honduran migrants have broken through a Guatemalan police cordon on the border with Mexico, as they attempted to join a larger caravan of compatriots heading towards the United States.

A group of around 1500 Hondurans were initially being held back by police from the international bridge that separates the Guatemalan town of Tecun Uman from the Mexican city of Ciudad Hidalgo.

Guatemalan riot police fired tear gas at the migrants who, desperate to continue their northward trek toward the US border, responded by hurling stones and sticks.

But weight of numbers allowed the Hondurans to break through, but they were then thwarted by a reinforced metal gate blocking them from entering Mexican territory, as Honduran police fired tear gas.

"Let's go to Mexico," shouted the migrants in the group as they headed for the Mexican customs office.

Several people showed signs of being affected by the gas but no-one was injured, Guatemalan authorities said.

Guatemala's human rights ombudsman, Jordan Rodas, called on his country's authorities in a statement to "protect" the rights of Hondurans during their stay in the country.

Hondurans are fleeing poverty and gang violence in their homeland. 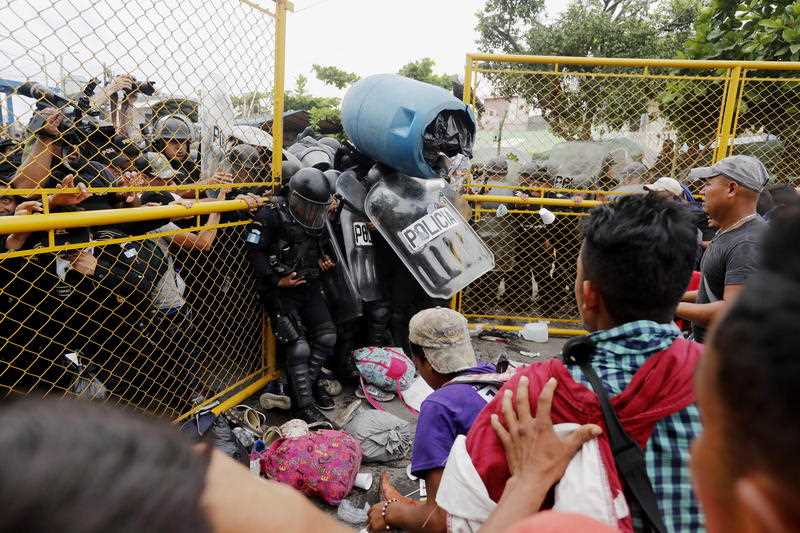 The caravan of migrants clash with the Guatemalan Police, in Tecun Uman, Guatemala.
EPA

An initial caravan of migrants - now comprising some 7000 people, mainly Hondurans - departed from San Pedro Sula on October 13 heading for the US and a large number of them are currently traversing far southern Mexico on foot after making it through Guatemala.

Most of the members of this caravan on Sunday postponed their departure from San Pedro Tapanatepec, in the southern Mexican state of Oaxaca, to reorganise their security measures after on Saturday night a fight occurred in which one person was injured. 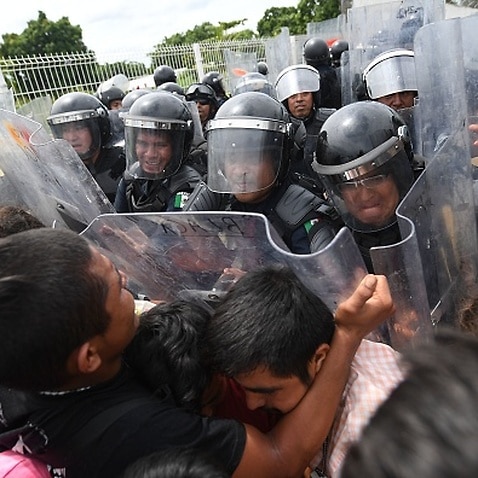 Caravan spokesman Alexander Martinez said at a press conference that all except about 300 members of the group decided to remain in the town and resume their journey on Monday morning while they organise safety and security committees. 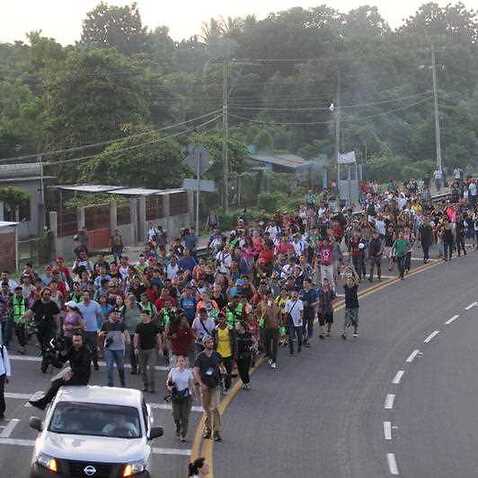 Meanwhile, this second caravan of about 1500 people is moving through Guatemala in several groups. 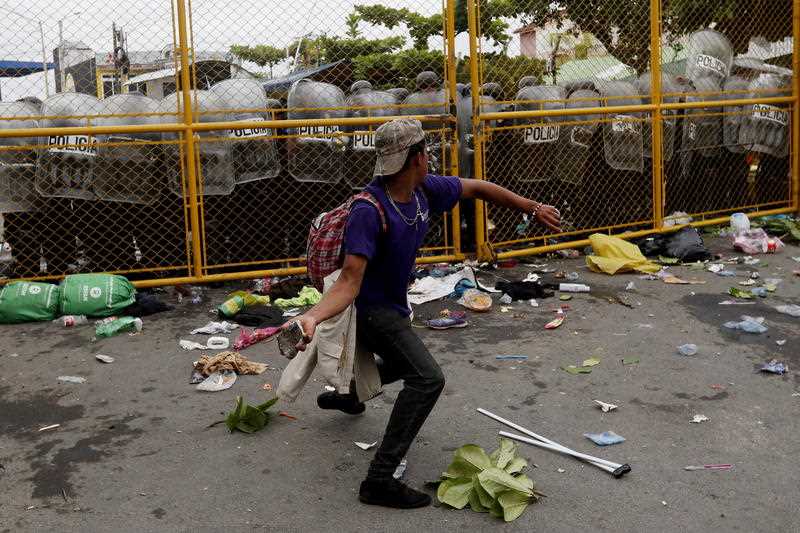 Clashes with border police saw tear gas and rocks exchanged across the border as the caravan pushed ahead.
EPA

Finally, in a caravan apparently organised via the social networks, some 150 Salvadorans, including women and children, on Sunday began heading northwards toward the US looking for better living conditions, just like the other groups.

The Salvadoran caravan departed from San Salvador, where the members gathered to organize, and members said that they intended to head for the border with Guatemala, then enter Mexico and finally travel the 1000 or so miles north to the southern US border. 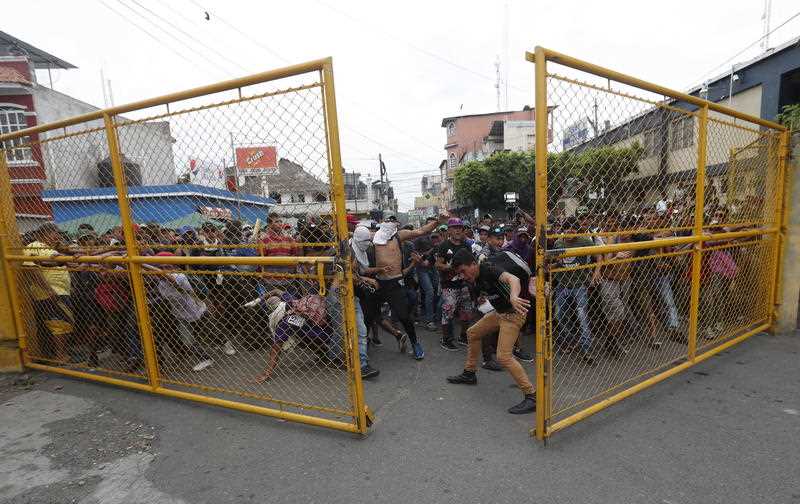 The migrant caravan bursts through the border gate.
EPA

US President Donald Trump has taken a hard line toward the first caravan, threatening to deploy US Army troops along the border to prevent entry and saying he will significantly cut economic aid to Guatemala, Honduras and El Salvador in reprisal for their inability to halt the migrants.