Thousands of houses on the outskirts of the Indonesian capital Jakarta have been covered with up to 2.5m of water, sparking mass evacuations.

Thousands of residents are being evacuated on the outskirts of Indonesia's capital amid flooding, after the Citarum River embankment broke.

Bekasi district in Indonesia's West Java province has experienced flooding since Saturday because of heavy rain.

"Some embankments are broken, not only from the river embankment but also from the irrigation embankments," Public Works and Housing Minister Basuki Hadimuljono said on Monday. 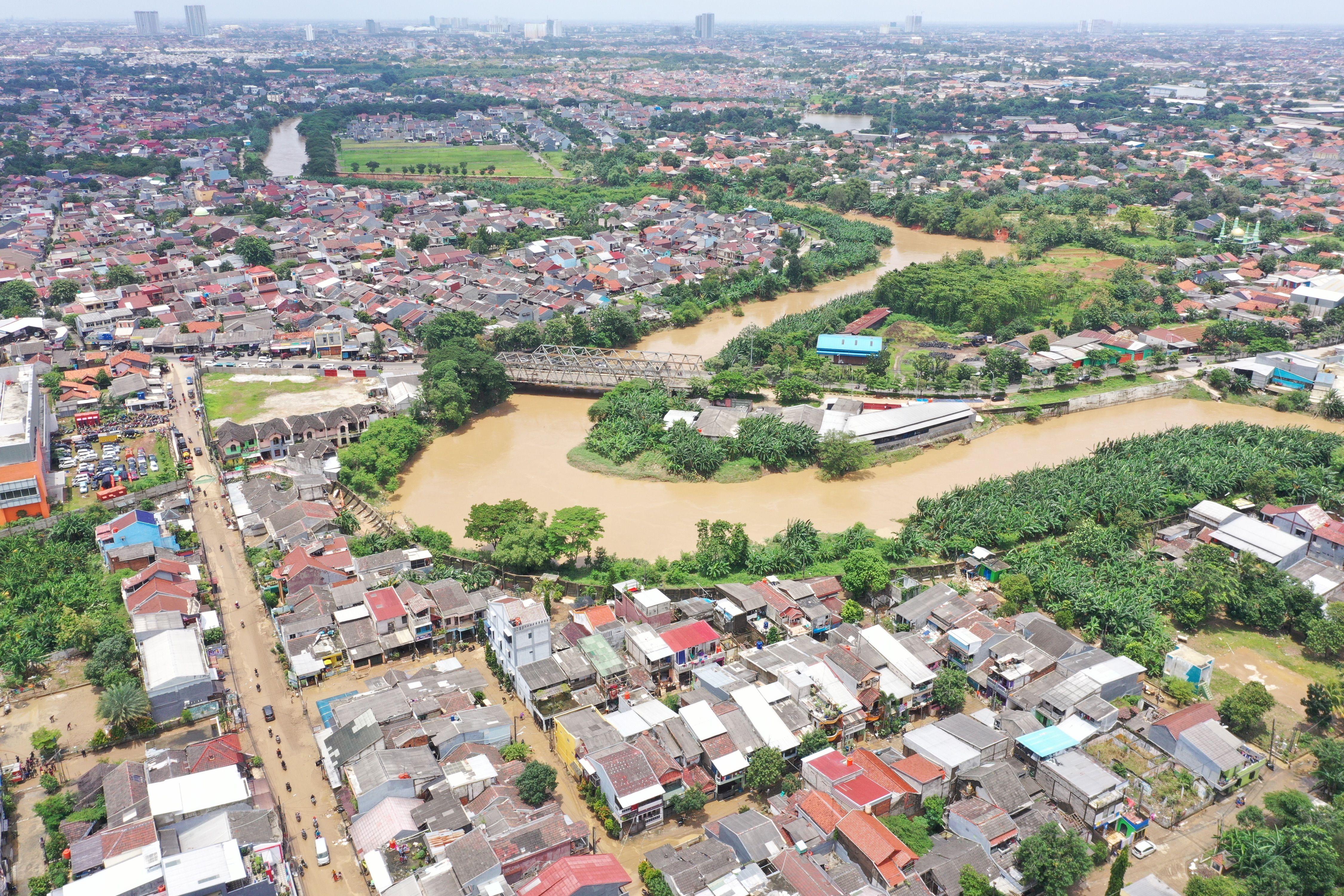 Thousands were evacuated in Indonesia amid major flooding.
AFP

Rescuers from the National Search and Rescue Agency have been deployed.

National Disaster Mitigation Agency spokesman Raditya Jati said more than 28,000 residents in four villages in Bekasi district and 34 villages in Karawang district are affected by the floods. At least 4184 people are being evacuated.

Thousands of houses in the area are covered with one to 2.5m of water and are without power. Seasonal rains and high tides in recent days have caused dozens of landslides and widespread flooding across much of Indonesia, a chain of 17,000 islands where millions of people live in mountainous areas or near fertile flood plains close to rivers.

In Jakarta, some homes were submerged under two metres of water and vehicles were swept away on the streets, television footage aired on Saturday showed.

At least 139 neighbourhoods in Jakarta, home to about 10 million people, were affected and more than nearly 1400 people were displaced, said Sabdo Kurnianto, the head of the city's civil protection agency.

There were no reports of fatalities.

Citizens went to social media to report about families being trapped in their homes and awaiting rescue.

Floods and landslides are common in Indonesia during the rainy season from October to April.