Over 450,000 cases have been diagnosed across the globe.

More than three billion people are living under lockdown measures to stem the spread of the killer coronavirus that the United Nations warned Wednesday is threatening all of humanity.

As the global death toll soared past 20,000 Spain joined Italy in seeing its number of fatalities overtake China, where the virus first emerged just three months ago.

"Global action and solidarity are crucial. Individual country responses are not going to be enough."

Today we are launching a $2 billion global humanitarian response plan to fund the fight against #coronavirus in the world’s most fragile countries.https://t.co/ygvnxjN85D pic.twitter.com/oq1mQoj0Lu

India's stay-at-home order for its 1.3 billion people is now the biggest, taking the total number of people facing restrictions on their daily lives to more than three billion.

Russia, which announced the death of two patients who tested positive for coronavirus on Wednesday, is expected to follow suit.

President Vladimir Putin declared next week a public holiday and postponed a public vote on controversial constitutional reforms, urging people to help each other and follow instructions given by medics and the authorities.

In Britain, heir to the throne Prince Charles became the latest high-profile figure to become infected while Prime Minister Boris Johnson praised the country's response to tackle the outbreak despite accusations it was slow to act. 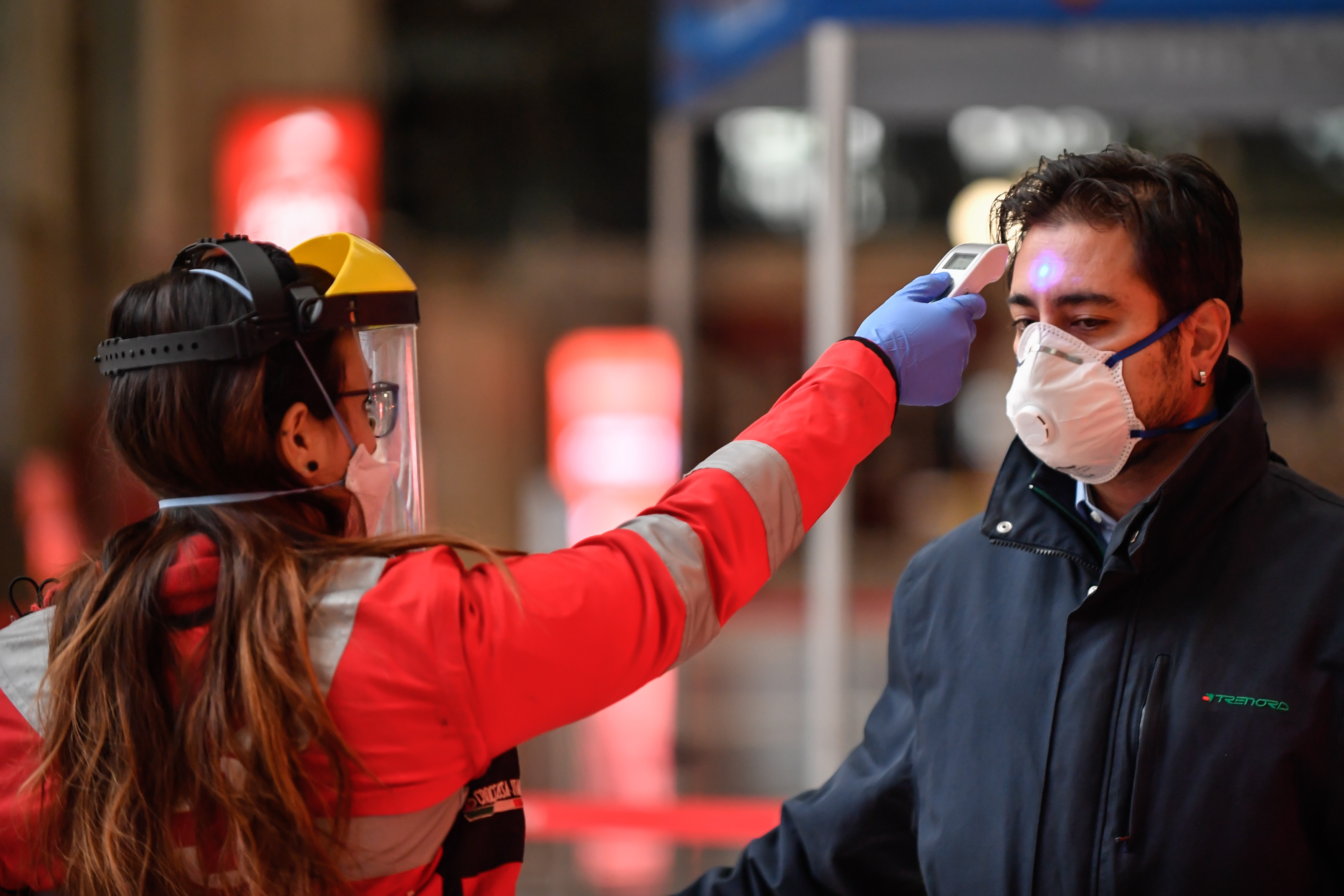 Military and railway police check body temperature at the access gates for departures in a deserted train station in Milano, Italy.
LaPresse/Sipa USALaPresse/Sipa U

China has begun to relax its own draconian restrictions on free movement in the province of Hubei -- the original epicentre of the outbreak -- after the country reported no new cases.

Huge crowds jammed trains and buses as people in the province of 50 million people took their first opportunity to travel.

France has registered 1,331 deaths in hospital from the new coronavirus, a health official said Wednesday, a jump of 231 from the day before.

But Spain saw the number of deaths surge to 3,434 after more than 738 people died in the past 24 hours and the government announced a 432-million-euro (US$467 million) deal to buy medical supplies from Beijing.

"It is really hard, we had feverish people for many hours in the waiting room," the 30-year-old told AFP.

"Many of my colleagues were crying because there were people who are dying alone, without seeing their family for the last time." 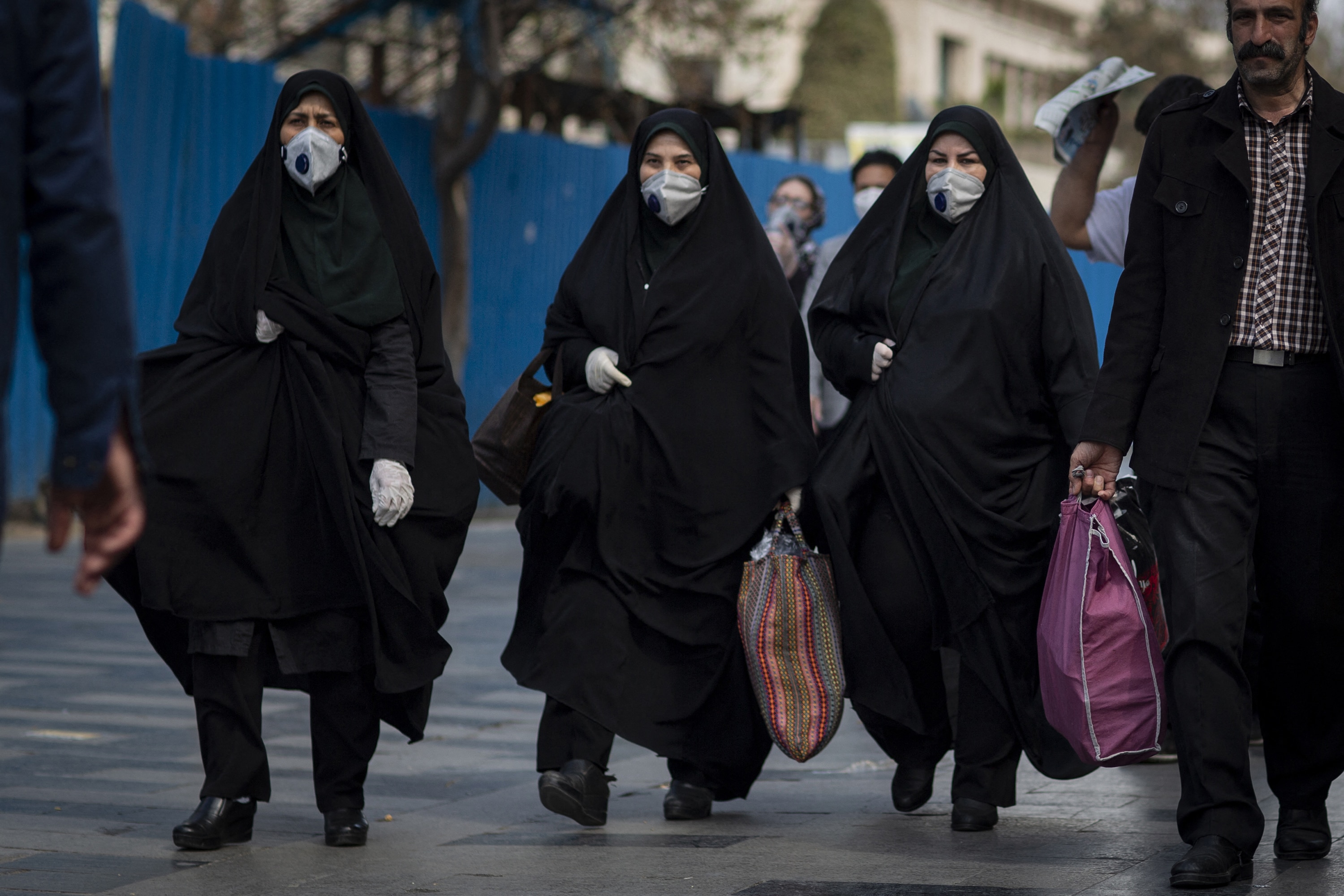 Iranians, some wearing protective masks,walk outside in Tehran, during the Covid-19 coronavirus pandemic crises, on March 17, 2020 in Tehran, Iran.
ABACA

Coronavirus cases are also spreading in the Middle East, where Iran's death toll topped 2,000, and in Africa, where Mali declaring its first case and several nations announced states of emergency.

And in Japan, which has postponed this year's Olympic Games, Tokyo's governor urged residents to stay home this weekend, warning of a possible "explosion" of the coronavirus.

The impact of the pandemic is also hitting European football in a big way, with top-flight leagues and tournaments cancelled.

The economic damage of the virus, and the lockdowns, could also be devastating, with fears of a worldwide recession worse than the financial meltdown more than a decade ago.

But financial markets rose after US leaders agreed a stimulus package worth roughly 10 per cent of their economy, an injection Senate Majority Leader Mitch McConnell said represented a "wartime level of investment".

The US Senate has passed a massive relief package for Americans and businesses ravaged by the pandemic as New York hospitals braced for a wave of virus patients, 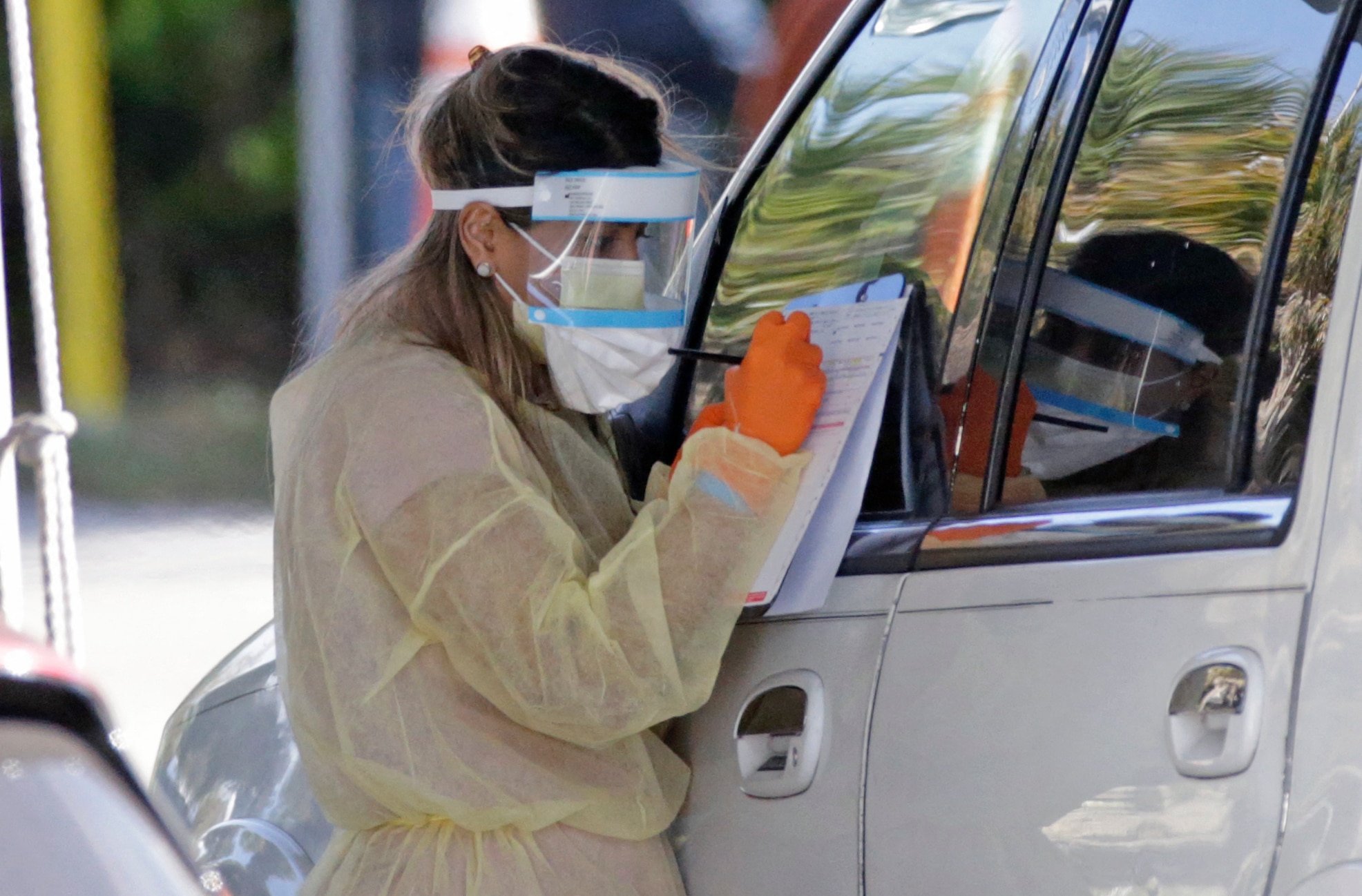 Vehicles line up at the COVID-19 drive-thru testing center as the coronavirus pandemic continues in Miami, FL, USA.
ABACA

Meanwhile, nearly 130 million Americans, or 40 per cent of the population, are under or will soon come under some lockdown order, including in the largest state of California.

President Donald Trump has voiced hope the US will be "raring to go" by mid-April, but his optimism appeared to stand almost alone among world leaders.

Anxious Indians raced for supplies after the government ordered the world's second-biggest population to stay at home for three weeks from Wednesday.

"To save India, to save its every citizen, you, your family... every street, every neighbourhood is being put under lockdown," Prime Minister Narendra Modi said. 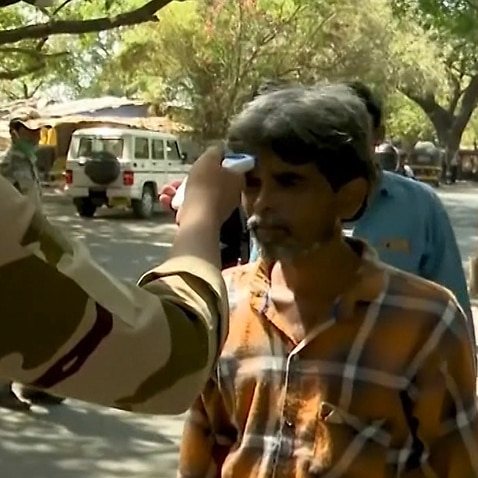 Whether the order will be obeyed in full remained to be seen. Mumbai vegetable trader Rafiq Ansari said his customers were getting angry over shortages and price hikes.

"I don't understand what's going on," the 35-year-old told AFP. "We are going to face major shortages in the days ahead."

Iran announced it would ban intercity travel as it finally got tough with the virus that has killed more than 2,000 people in one of the world's deadliest outbreaks.

Many governments are listening to health experts who warn the only way to slow the epidemic, and save the lives of the elderly and vulnerable, is by imposing "social isolation" measures.