Investigators say the tiger remains were being used to make tiger broth for sale on the traditional Chinese medicine market.

Czech authorities have uncovered a slaughterhouse for tigers killed as part of a suspected animal trafficking network selling to the traditional Chinese medicine market.

The tiger farm was uncovered by a joint investigation dubbed Operation Trophy, which included more than 200 officers working for two-and-a-half years.

A raid on a house in Prague on Monday uncovered the a house of horrors in the shed: the gruesome remains of a freshly killed tiger, claws, skin, and decomposing animal bodies. The lab also had a stock pot, fridge and a gas-powered heavy duty cooking pot. 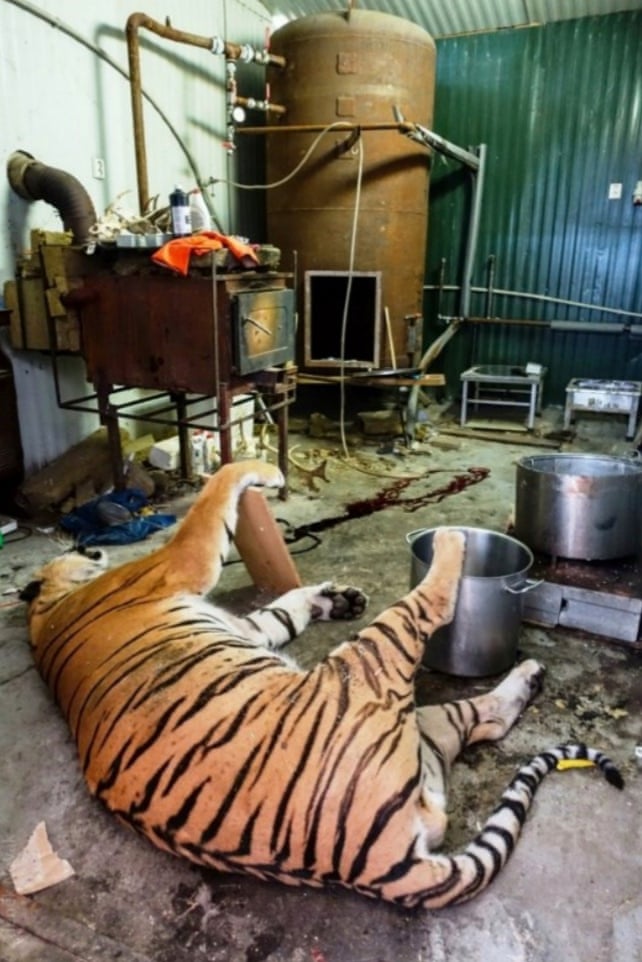 The remains were found in a shed in a house in Prague.

The Czech Environmental Inspectorate (CEI) allege the network includes Czech and Vietnamese criminals. Three suspects have been taken into custody: a middle man, an illegal taxidermist and a legal tiger breeder.

The trio have been charged with offences related to the illegal killing and trade of protected species.

Taxidermist Miloš Hrozínek remains in custody, while the Vietnamese trader who placed the orders, Le Xuan Vu, and alleged delivery man and tiger breeder Ludvík Berousek are on bail.

'A serious problem in Europe'

Pavla Říhová said police found evidence of what looked like a processing plant to manufacture cubes of tiger stock, a Chinese medicine believed to relieve arthritis.

"We have been warning for several years that illegal trade in tiger products is really serious problem in Europe, not only in Asia," she said. “There are many tigers in captivity in Europe, a lack of overview who holds them and where.”

The suspicions of Czech officials were raised in early 2013 when customs inspectors intercepted a bag of tiger bones.

Two tiger skeletons were then uncovered a few months later hidden in a set of loud speakers for export to Hanoi.

In July 2014, authorities arrested three people after raids uncovered bottles of broth and fluid, which later DNA testing found to be tiger and monkey broth. Further cases prompted the country's environmental inspectorate to launch a full inspection of the captive tiger population in 2015. 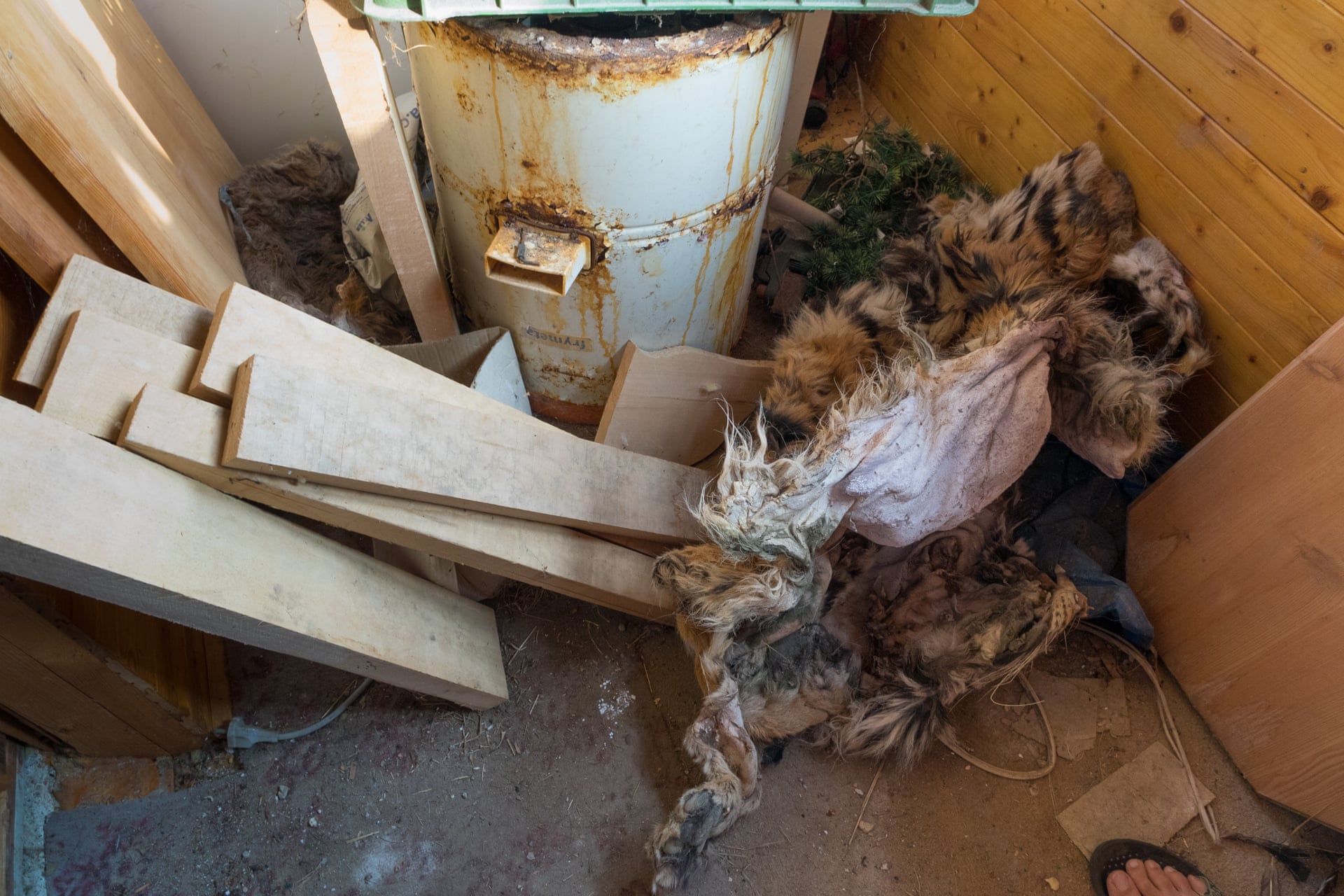 Wild tigers are endangered species and their trade is banned in the European Union, but breeding and non-commercial trading of captive tigers is allowed.

The Czech government suspended commercial tiger exports after the discovery of tiger bones, skins, claws and broths on a Czech estate in July 2018.

Following the trail of evidence

The environmental inspectorate has imposed more stringent conditions on tiger breeders, requiring each birth, death or sale of a tiger to be recorded and notification given to the agency.

Wildlife campaigner Shruti Suresh from a UK NGO, Environmental Investigation Agency, said Czech investigators are to be commended for their "tenacity and integrity".

While investigators had honed in on VIetnamese criminals who arrived as guest workers during Czechoslovakia’s Communist era, they did not ignore the role of petting zoos. 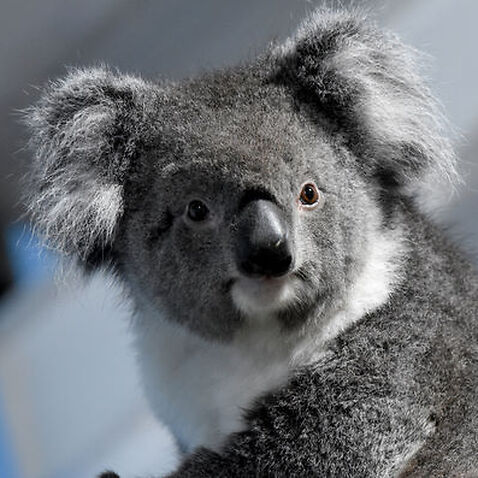 More than half the world's wildlife gone in 50 years

At the same time as tiger bones and broth were being seized by Czech officials in 2013, a growing number of so-called 'kontaktni zoos' also cropped up, where children got to hug baby tiger and lions.

After a certain age, the tigers are deemed too dangerous as a zoo attraction and eventually they are worth more dead than alive.

Lead investigator Pavla Říhová said even 25 years in her line of work had not quite prepared her for what was inside the shed on the Prague property.

"The situation there was really horrible," she told the Guardian. "If you can imagine: an old freezer, without electricity, full of meat and dead bodies, in the garden for two years." 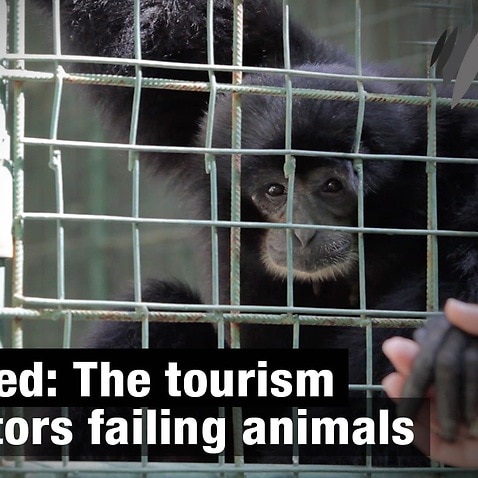 Animal charity Four Paws UK said 161 tigers have been exported from the EU to Asia between 1999 and 2016.

Over the same period, European authorities seized more than 8,000 illegal tiger parts such as broth, teeth and claws.

Four Paws UK said it believes that quantity represents only one tenth of the smuggling trade of tigers.

The charity has called on the European Commission to ban all trade of tigers involving the EU. This would cover the transfer of tigers for use in petting zoos.

"Tigers are endangered wild animals that need our protection."