Constitutional ties to the monarchy are out of touch with contemporary, multicultural Australia, a new pro-republican advertisement suggests.

A new advertisement pushing for a break from the monarchy shows just how out of tune the notion of an English head of state is in 2017, Australian Republic Movement chair Peter FitzSimons says.

"We are now more independent and diverse than ever before," Mr FitzSimons told SBS.

"We are making the point that the times, they are a changin' - I grew up singing that anthem [God Save the Queen] lustily, now it looks completely anachronistic."

The ad features a number of Australians of varying ethnic backgrounds singing Australia's former anthem, with the aim of highlighting a more diverse Australia whose values have evolved.

"That one English family has [presided over Australia] is somewhere between inappropriate and completely ludicrous," FitzSimons said. The ad asks if the Queen still represents all Australians.
YouTube

The latest Essential poll indicated that 44 per cent of Australians supported becoming a republic, with 30 per cent of the population opposed to the move.

A report published by the Australian Election Study last year put support for a republic at 53 per cent.

"It is a straightforward issue of principle and national pride," Malcolm Turnbull told some 300 guests at the 25th anniversary of the Australian Republic Movement at Sydney University in December.

"I am an Australian, I am proud to say so. Our head of state should be someone who can say the same ... our president should be a resident." But Australia isn't quite ready to make the leap just yet, Mr FitzSimons said.

"We're going to do this for the right reasons at the right time.

"We respect the queen for her lifetime of service, and we'd love to have her over for a cuppa to oversee the transition to an Australian republic with an Australian as our head of state."

Ministers Julie Bishop, Christopher Pyne and Marise Payne are all in support of an Australian republic, as is the Premier of NSW Gladys Berejiklian.

Watch: Republicanism back on the national agenda 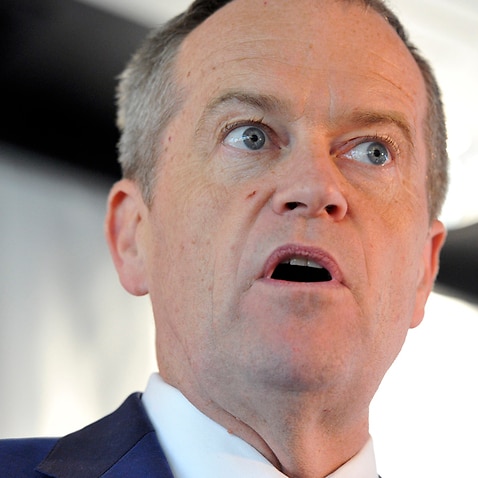