Technology donated to the Southeast Asian nation aims to recycle 20,000 tonnes of plastic each year - and inventors say it could also solve Australia’s plastic waste problem.

Australian inventor and entrepreneur Dr Len Humphreys has found a way to convert used plastic into products such as fuel - and he says it's a game changer.

“We have the ability to recycle materials that traditionally went to landfill," Dr Humphreys told SBS's Small Business Secrets.

"This technology allows us to unlock many high-value chemicals and fuels.” 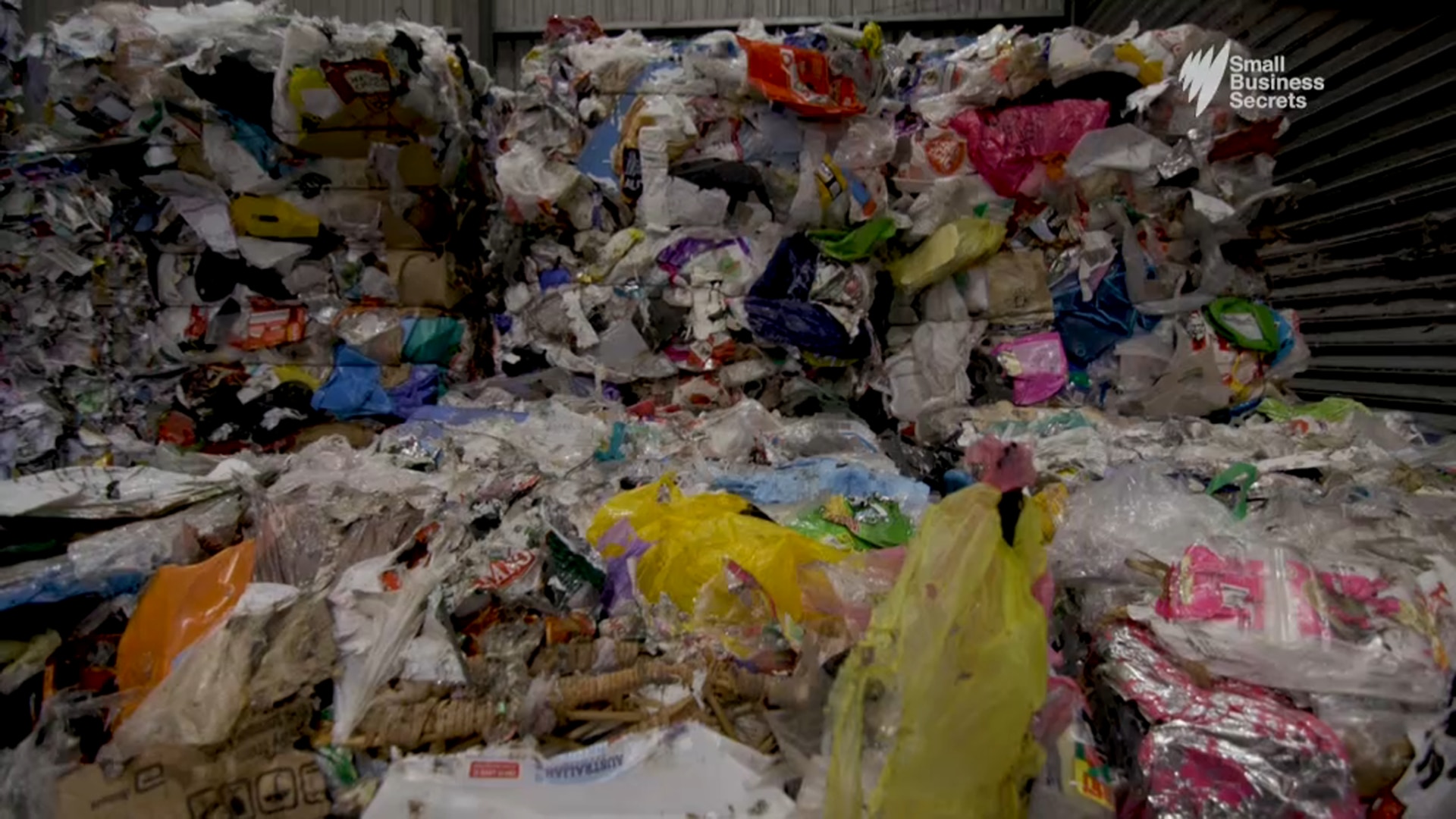 End-of-life plastic that cannot be recycled is often sent to landfill.
SBS

Timor-Leste, which is marking 20 years since its independence referendum this week, is to get the first commercial Catalytic Hydrothermal Reactor (Cat-HTR) recycling plant, with work due to start next year.

The $60 million plant will help process 70 tonnes of plastic waste generated in Timor-Leste each day, as the government aims for it to become the world’s first plastic neutral nation.

Plastic neutral means no used plastics will enter the environment as waste, and will instead be recycled into new products.

The chemical recycling solution aims to keep plastic waste out of oceans, soils, incinerators and landfill.

"It will make a big difference to plastic waste reduction and reduce harm to our cherished marine life," Timor-Leste secretary of state for the environment Demetrio do Amaral de Carvalho has said. 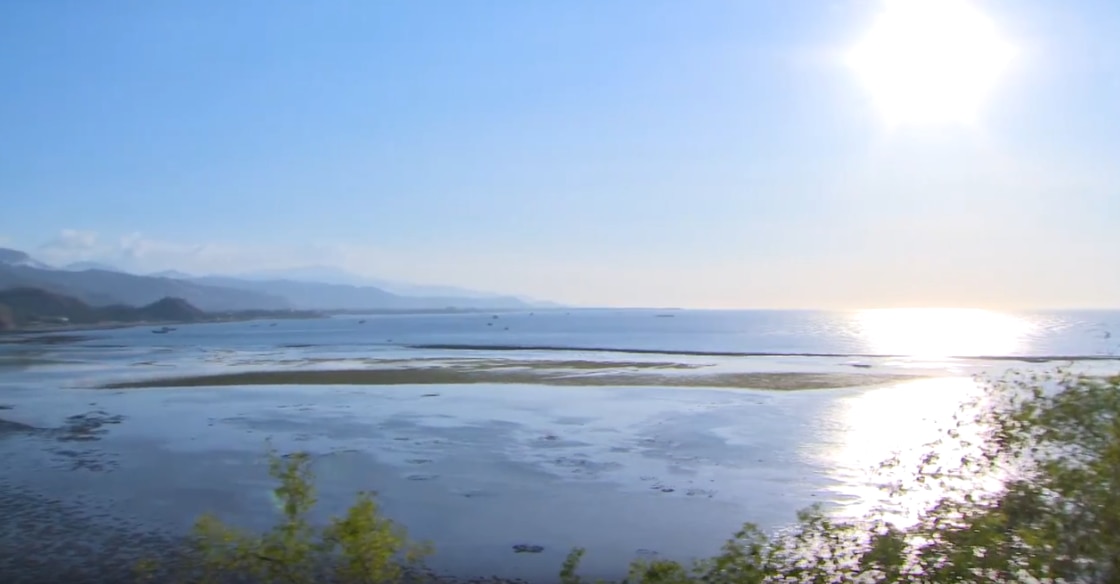 Plastic waste washes up along the Timor-Leste coastline.
SBS

The plant can convert 20,000 tonnes of plastic waste to oil annually. It is being developed by Mura Technology, a joint venture between Dr Humphrey's company Licella and Armstrong Energy in the UK.

The oil produced can be sold as fuel or used to make a range of petro-chemical products from bitumen to kerosene, earning income from otherwise wasted materials. 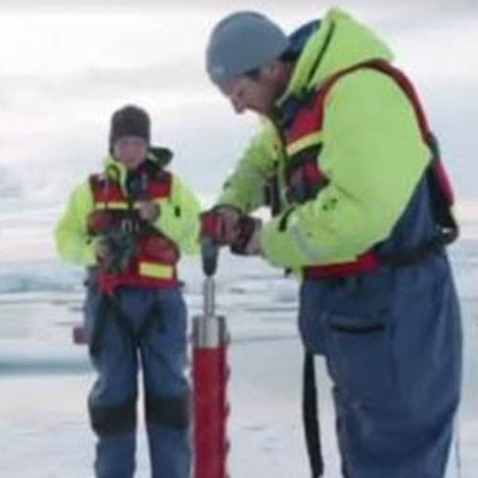 “It’s not just plastics consumed there, but Timor-Leste is also the target for ocean plastics, as a lot washes up on their beaches,” Dr Humphreys said.

"Now they can use this chemical process to convert plastics to useful materials, and do that indefinitely." 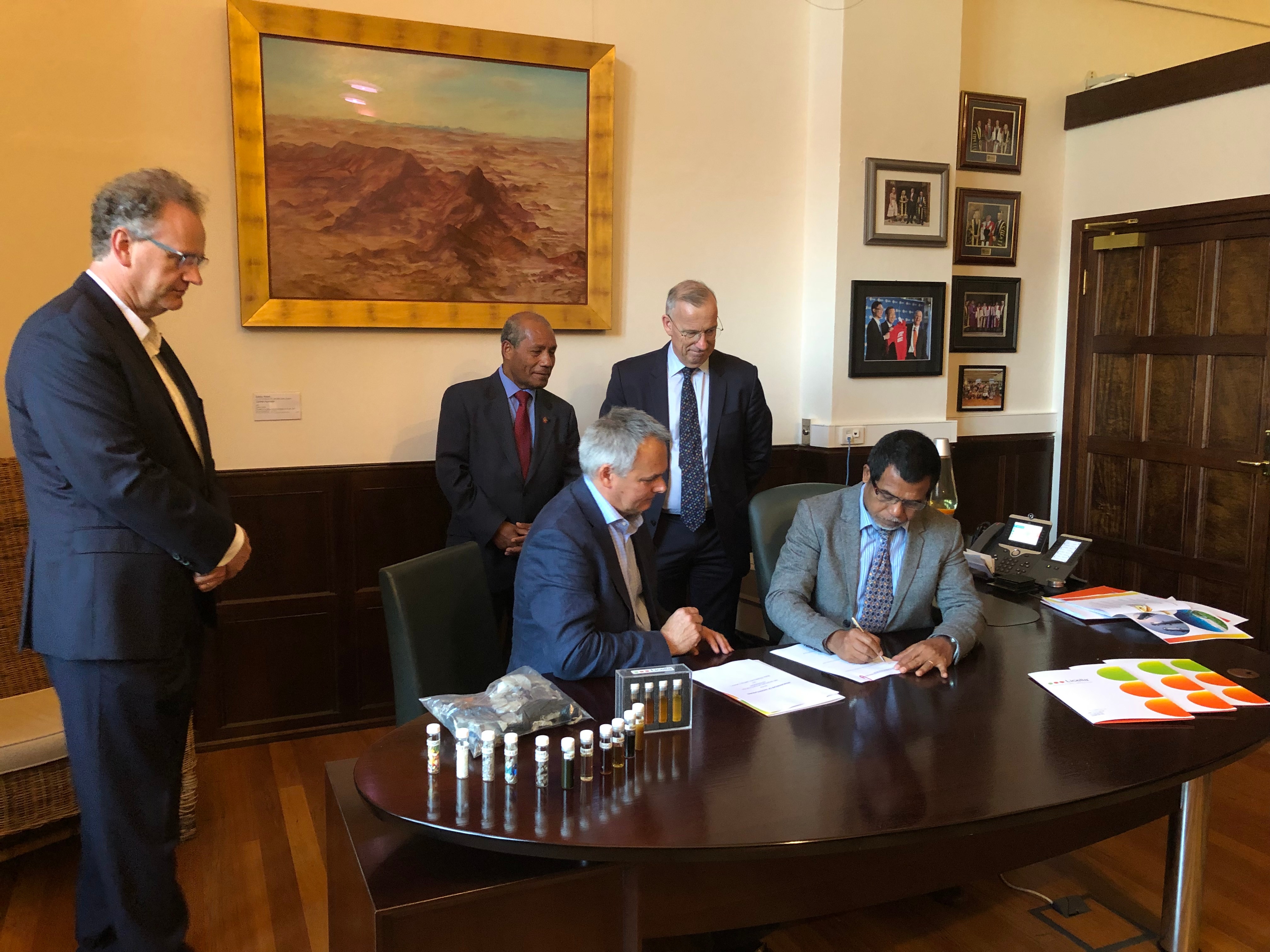 The Cat-HTR method of recycling plastic is also attracting attention in Europe and Canada.

“We are overwhelmed with interest. The world has come awake to what we are doing with hydro-thermal upgrading, which has a better carbon footprint than other techniques," Dr Humphreys said.

"And we are struggling to keep up with demand.”

"It’s taken $75 million and five years of hard work to prove the process is commercially viable," he said.

How the technology works

Dr Humphreys was born in Stockton-on-Tees in England’s north east and migrated to Australia in 1997. He holds a PhD in Chemistry.

His company Licella currently chemically recycle end-of-life plastics at a pilot plant at Somersby, on the NSW Central Coast, and he explained to Small Business Secrets how the technology works. Oil produced by converting plastic can be sold as fuel or used to make more plastic products.
SBS

"End-of-life plastic is a combination of films, pots, pans and trays," he said.

"In the Cat-HTR process, molten plastic collides with water that’s heated to extreme temperatures, and in that super-critical state, oil and water mix." 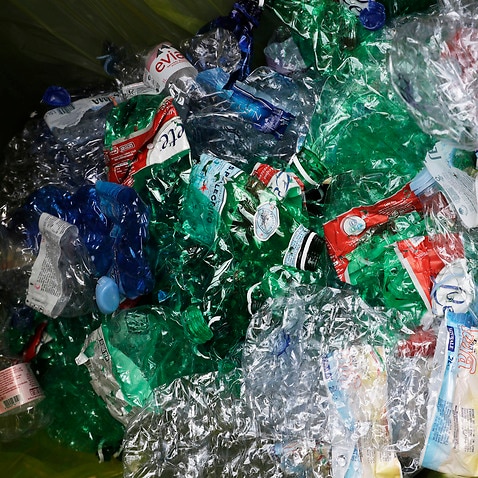 How recycling is actually sorted, and why Australia is quite bad at it

"Then, the water will start to unzip the plastics back to the original components, to produce what we call 'plasticrude'.

"We are literally re-refining plastic.” 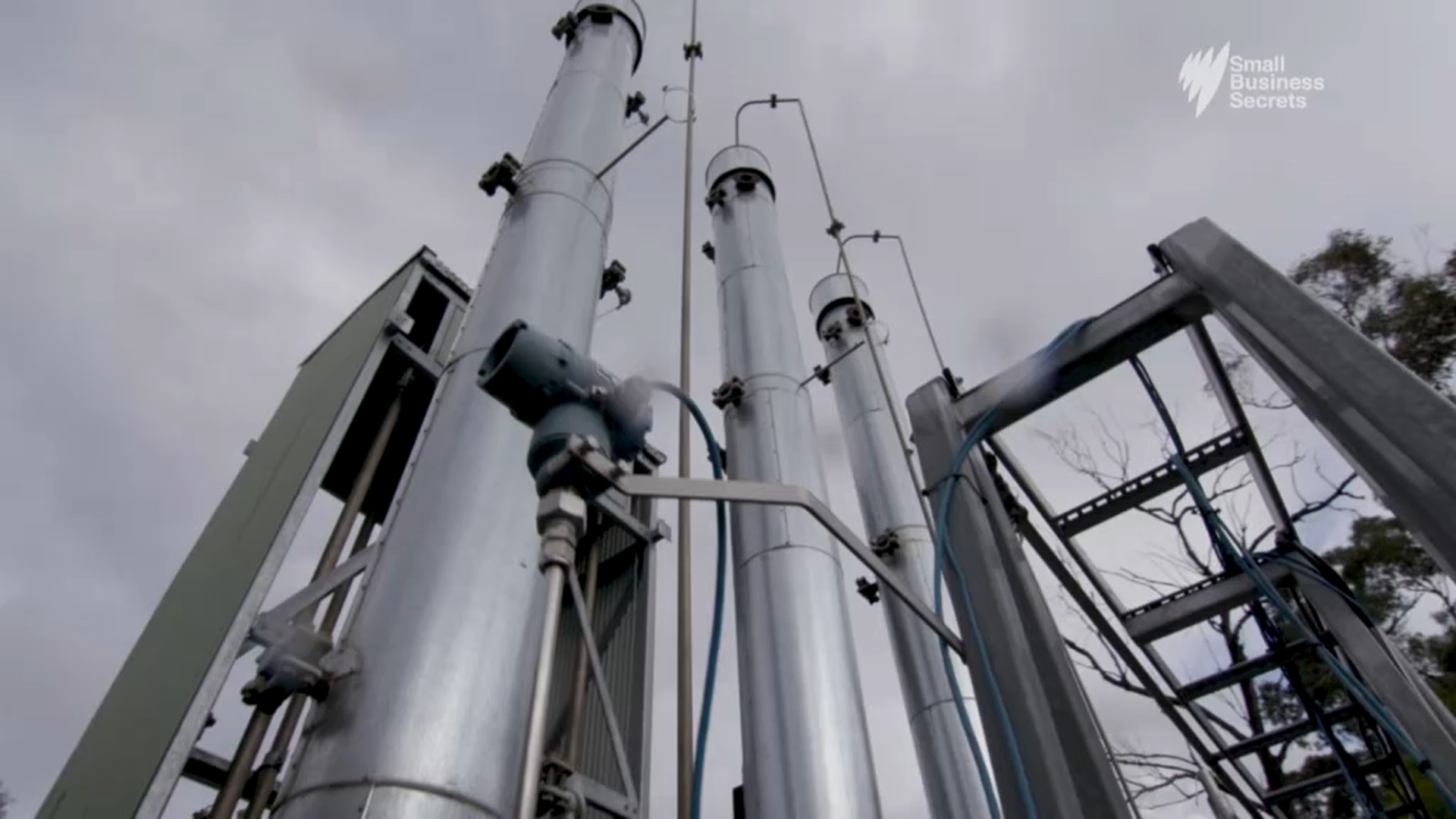 Timor Leste is to build a reator like this to recycle plastic waste.
SBS

A Central Coast waste depot run by partner-business IQ Renew generates up to 15 bales of end-of-life plastic each day.

Its COO Graham Knowles said: “There are other options to melt it and put into roads - that’s a great solution and some recycling companies are turning this into furniture and garden bollards. For now, though, most of it ends up in landfill."

"The unique solution we have, that no-one else in the world is doing, is the ability to turn this end-of-life plastic back into synthetic crude oil.”

'A solution for Australia'

“So we’re all in trouble, and the whole world has been shaken up," Dr Humphreys said.

"It puts responsibility back to where it always should have been, on us to recycle our end-of-life plastics.” 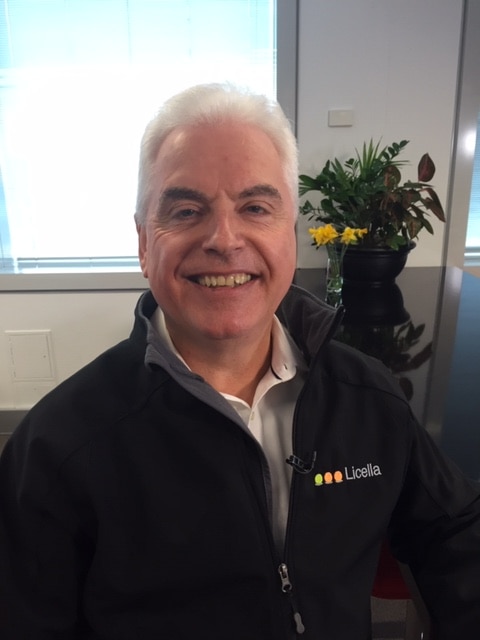 Dr Len Humphreys is co-inventor of the plastic-to-oil technology.
SBS

Dr Humphreys believes he has found the solution, and not just for Timor-Leste.

“We have the knowhow and the ability to roll out these plants within the next 10 years, managing plastic as a resource,” Dr Humpreys said. 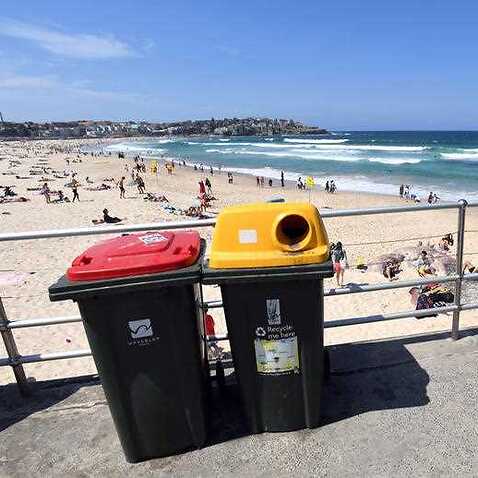 Licella is in talks with various Australian state governments, he said, with Queensland a front-runner for the first Australian plant. 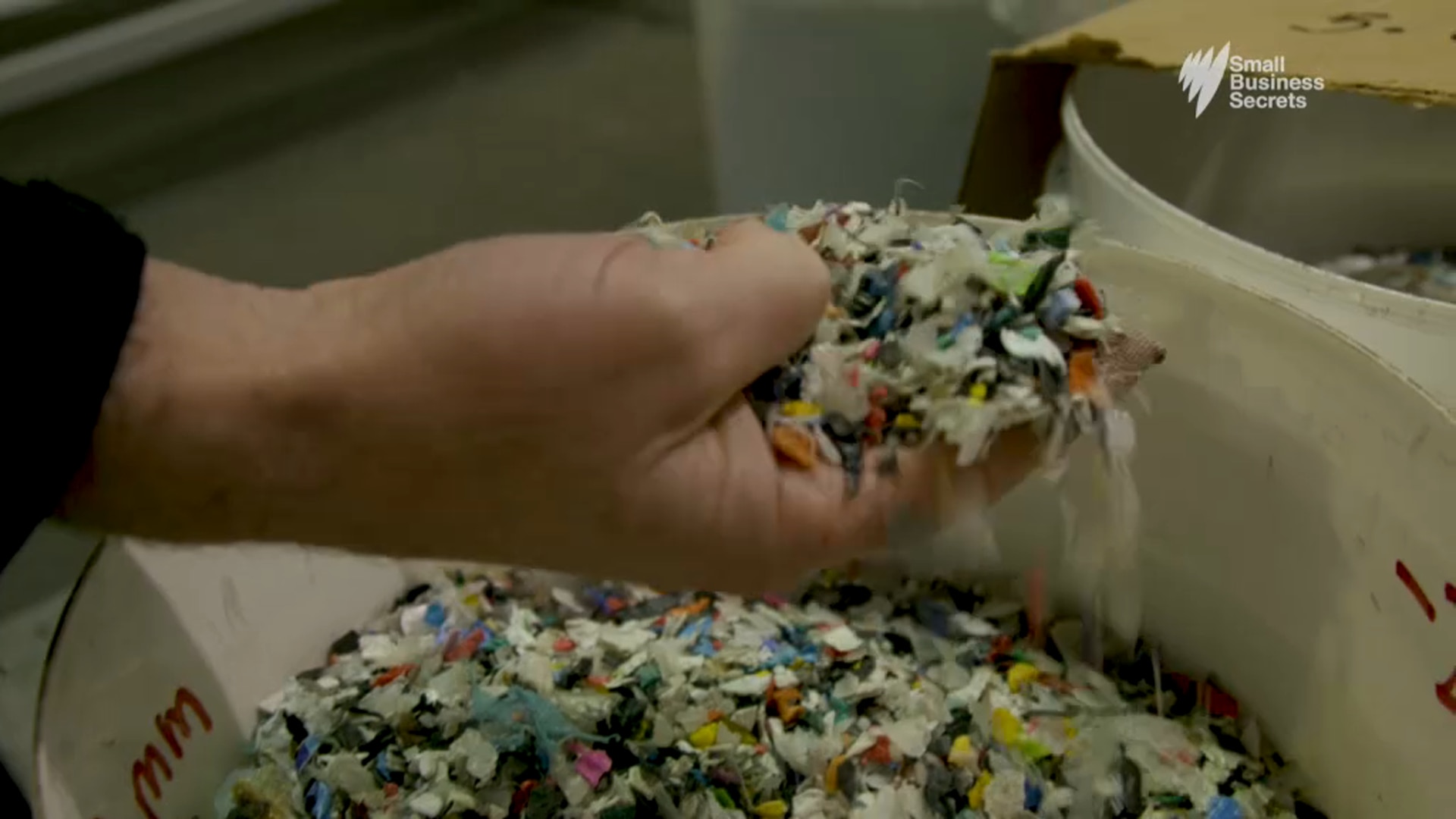 End-of-life plastic is shredded before being melted and converted in reactors.
SBS

“Technically anything can be composted or recycled if it’s economically viable,” she said.

“The conservative estimate of moving to a circular economy is that nine billion dollars could be added to the economy through job creation and the value of waste, which would double the value of our industry.” 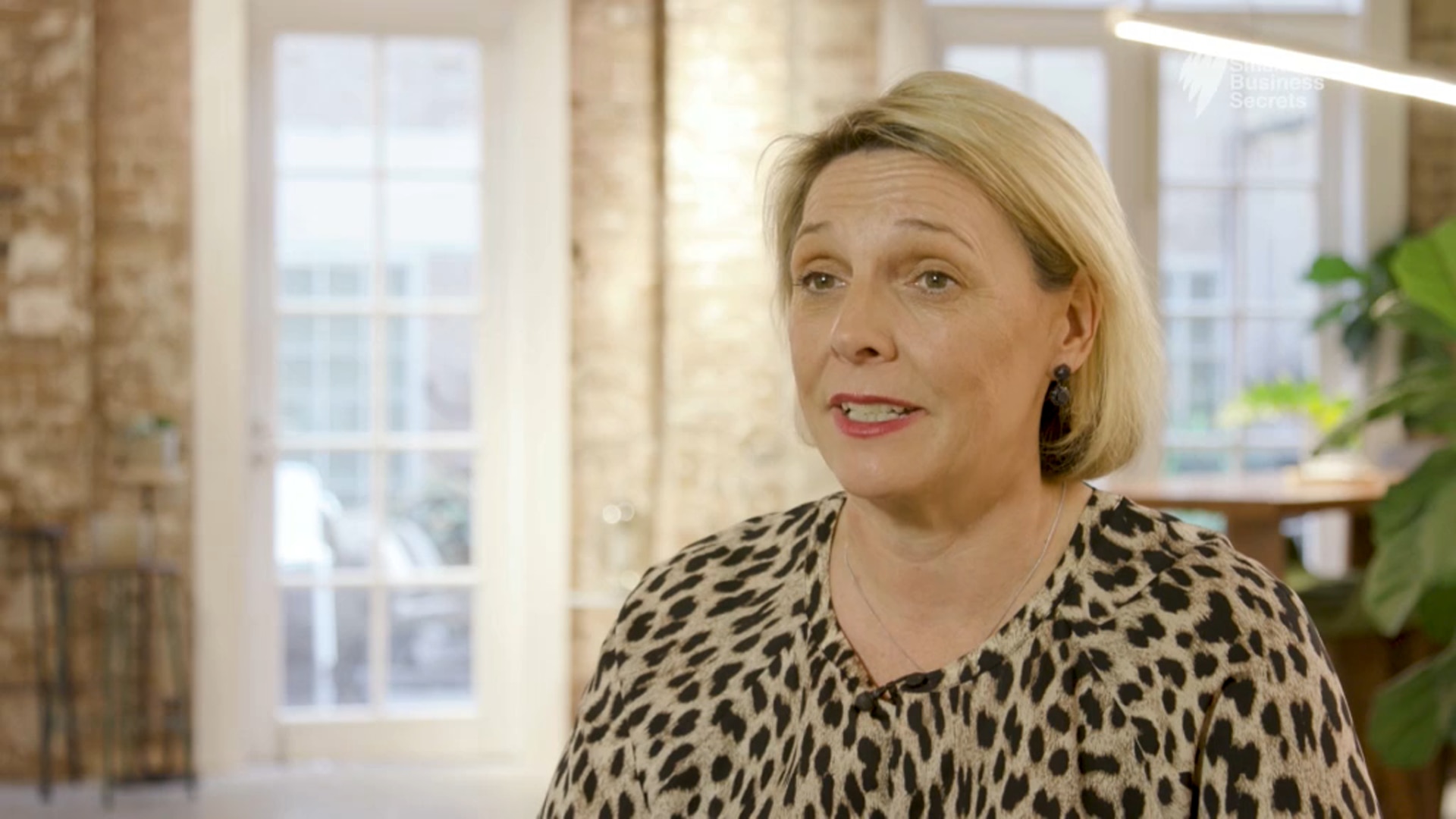 Some small businesses in Australia are already phasing plastics out of their workflow.

Sendle is a courier business that uses satchels made from organic materials to send items in.

“This satchel looks and feels like plastic, but it’s made out of 100 per cent corn starch,” its CEO James Chin Moody said. 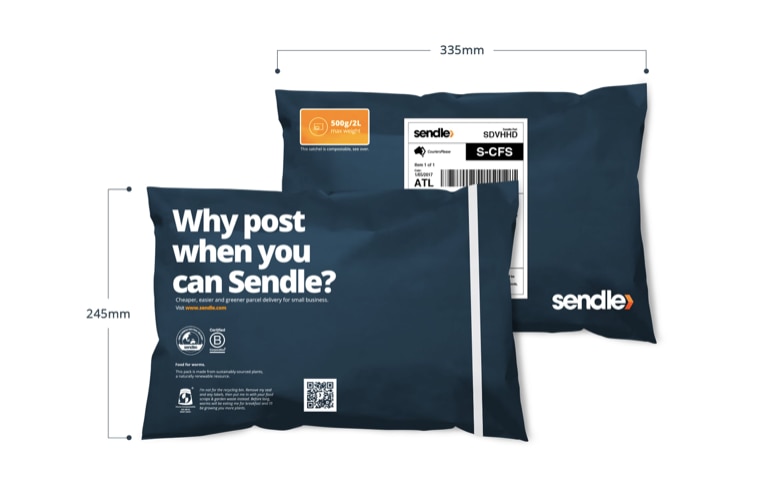 “The satchels are made from renewable materials, and we’ve put them through a lot of testing, and they are as strong as normal satchels and extremely tear resistant.”

The satchels can be composted after use, and break down into organic materials.

New research has found that 75 per cent of customers prefer to deal with environmentally friendly businesses, giving those that recycle or phase out plastic a competitive edge, he said