Chronic homelessness can see people in and out of accommodation with little stability.

A new Melbourne-based project is aiming to break the cycle of chronic homelessness by using otherwise vacant government land to build "tiny homes".

Melbourne woman Deborah said moving into a tiny home had allowed her to get back on her feet and find stability.

"I've been homeless since I was 14. I went to school one Wednesday morning, 28th July 1982, and the last thing my mum ever said was "goodbye sweetie, have a nice day". And I never went home again," she told SBS News. 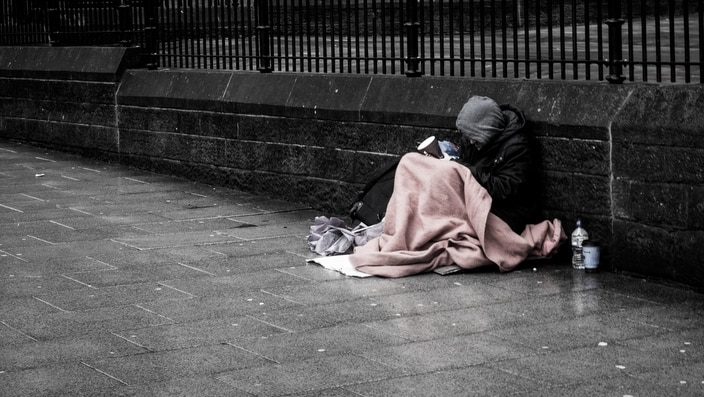 A homeless man sits on the streets. A new Melbourne project is aiming to break the cycle.
EyeEm

"I've got my garden out the front and I've put stuff up all around the house and I've tried to make it look attractive and pretty.

"And I'm learning here how to be stable." Launch Housing chief executive Bevan Warner said the concept was all about using smaller spaces in the best way possible.

"Well it's a standard home that's shrunk. It's 20 square metres inside with about nine square metres of front and back balconies and sitting on a plot of land of between 60 to 90 square metres," he said.

"It's pet friendly, pets can run around, it's fenced. It's a small community tethered to a larger community so we have six tiny homes on a big suburban block connected to neighbours.

"We think it's a fantastic way to tackle chronic homelessness."

The $9 million project has been funded by philanthropists Launch Housing and the Victorian Property Fund, and has approval to build a total of 57 small homes for the homeless. The housing would be permanent, with tenants picked from the Victorian Housing Register wait list.

Tenants would also pay "social rent" - a maximum of 30 per cent of their income.

Mr Warner is urging local governments to utilise land that would otherwise go to waste. "What we want is the government at all levels, local government, state and federal government to make that land available to organisations like ours," he said.

The project's latest step coincides with Homelessness Week, which focuses on the 116,000 Australians who are homeless every night.

National housing campaign group Everybody’s Home has found investment in the issue will have fallen by $96 million in real terms by next year. "So that might be support to exit a violent relationship or support with having an adequate income."

She urged Australian's to write to their MP's to demand action on homelessness.