The Anti-Defamation Commission chairman has called on state and federal governments to make countering anti-Semitism a priority after video surfaced of a Rabbi being abused in Melbourne.

The leader of a Jewish community group has said the recent road rage abuse of a Rabbi in Melbourne is just the "tip of the iceberg" when it comes to anti-Semitism in Australia and suggested that governments establish a taskforce to counter hate.

"It may be an uncomfortable truth for some, but anti-Semitism is rampant in our nation," Anti-Defamation Commission chairman Dr Dvir Abramovich told SBS News. 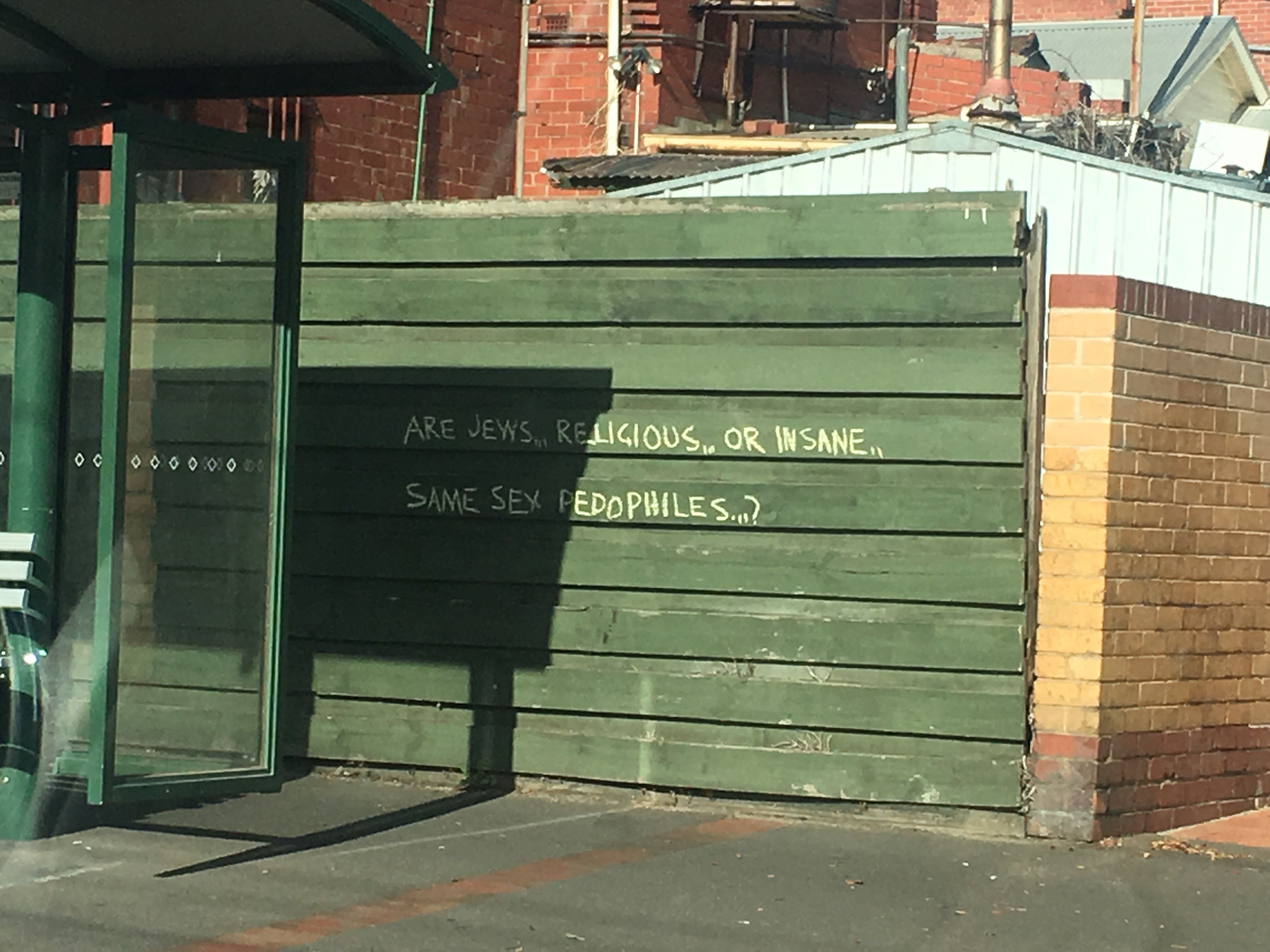 "The government has a key role to play in effectively countering this frightening escalation of by making this issue a priority and designing a clear action plan to confront this sickening surge so as to protect us from this poisonous and disturbing rhetoric."

On Tuesday, shocking footage surfaced of a Rabbi being told he "should've died in Auschwitz" in a road rage incident at a red light.

In the 20 second clip, a man in a neighbouring car is seen screaming at the Rabbi while a woman smiled and waved in the front seat.

"Want me to get out and show you what Hitler did," the man yells. 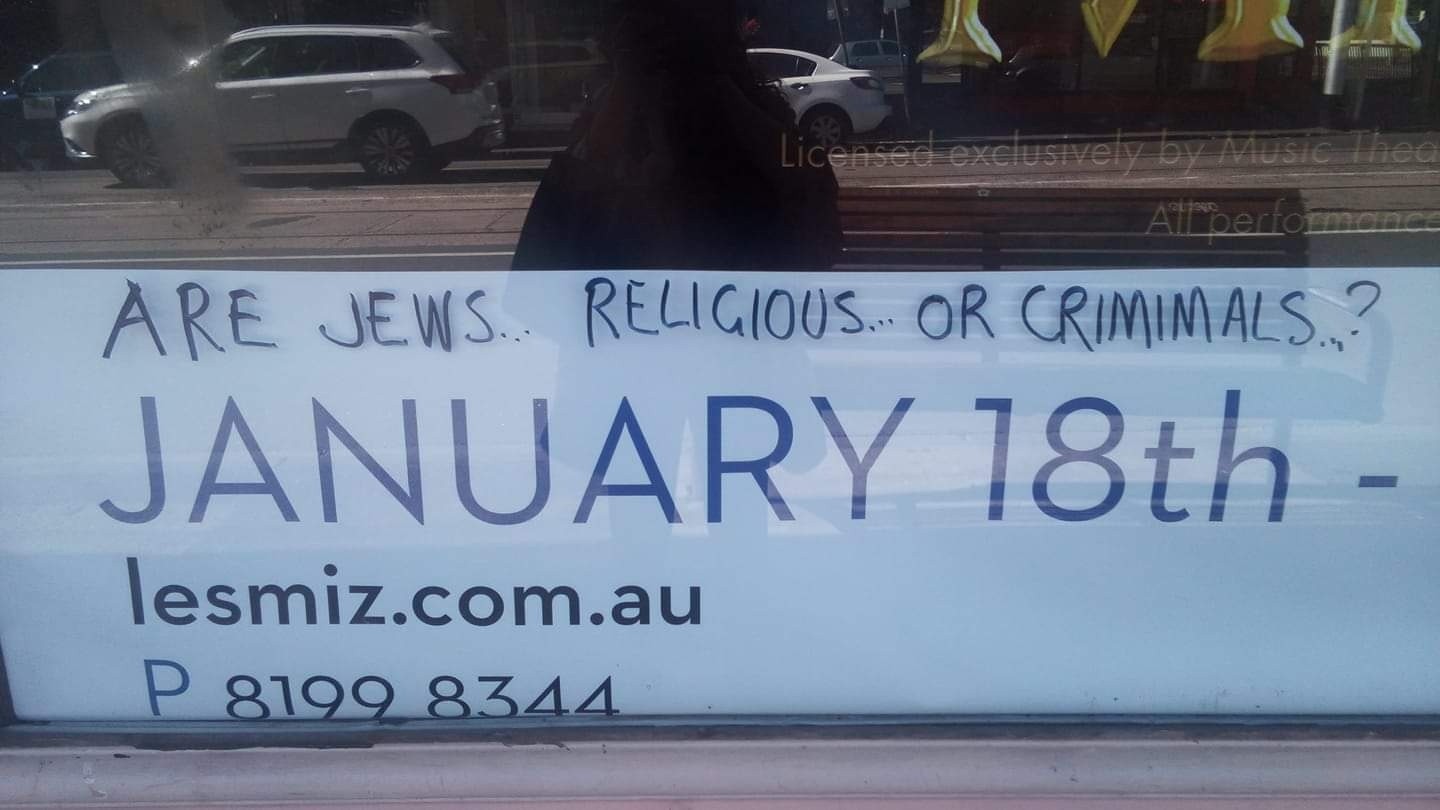 Graffiti discovered on an advertisement for an upcoming production of Les Miserables in St Kilda.

The Rabbi, who wished to remain anonymous, said he was travelling to a synagogue in Caulfield, a heavily Jewish suburb southeast of Melbourne, when he was attacked.

Dr Abramovich said this is just one of many anti-Semitic incidents happening in Australia, as the Jewish community in Australia grows increasingly concerned.

"Anti-Semitism is taking a firm hold and is unmistakably creeping into our daily life, especially in schools," he said.

"In the last 12 months, we have seen an explosion in anti-Jewish bigotry which includes the increasing geographical spread of swastika vandalism, online abuse, and Holocaust denial on university campuses by these agents of hate."

He said a woman driving in Elsternwick, an inner suburb of Melbourne, was scared for her life last year when a couple yelled "Hitler was right and should have killed you all" before beginning to follow her. He said there were at least three more verbal attacks in 2018. 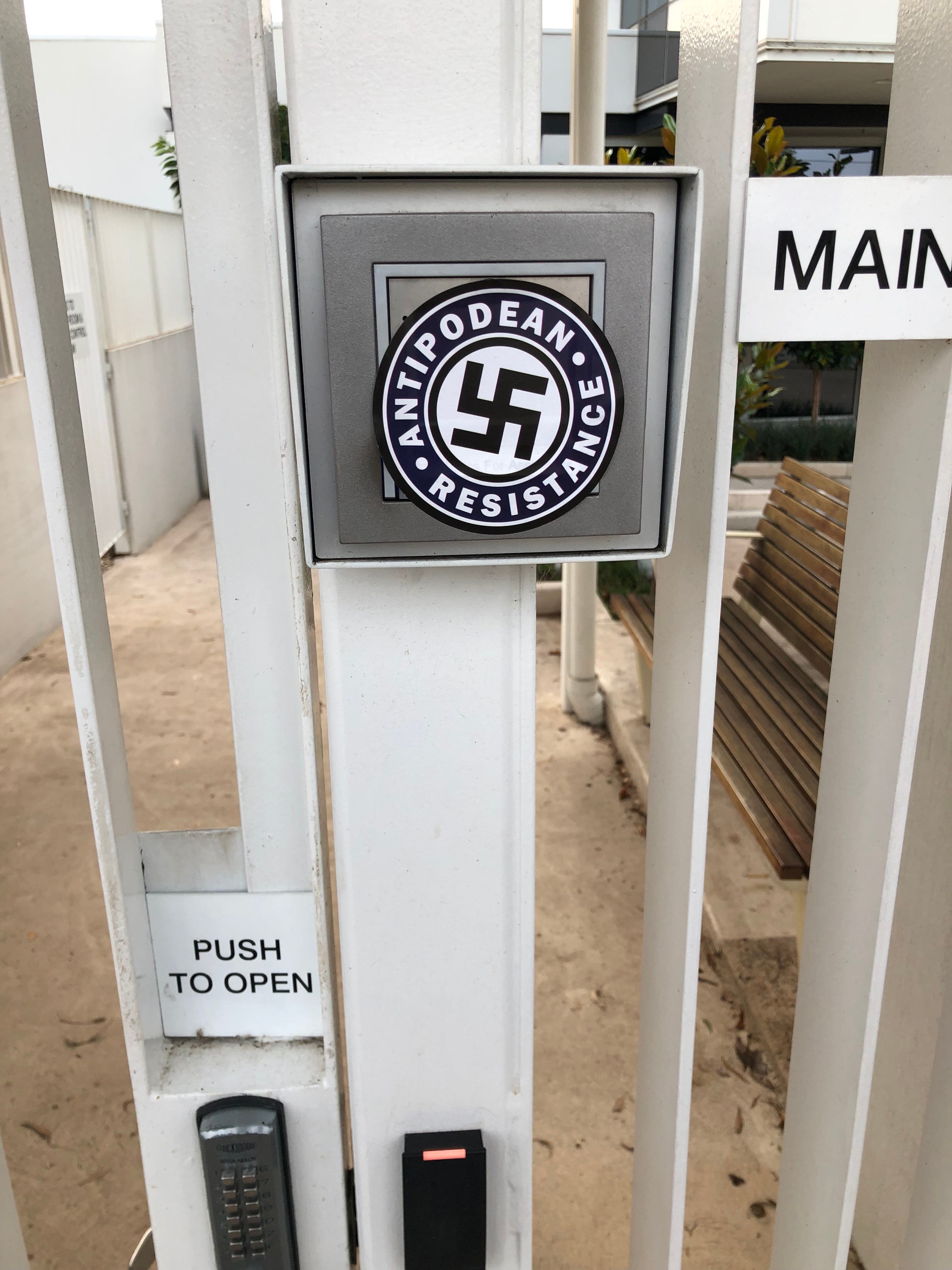 The stickers of alt-right group Antipodean Resistance found at a Jewish aged-care centre in January this year.
Anti-Defamation Commission

An annual report published by the Executive Council of Australian Jewry found that between October 2017 and September 2018 there had been a 59 per cent increase anti-Semetic incidents in Australia, compared to the previous year.

The report pointed to neo-Nazi called Antipodean Resistance as largely responsible for a rise in anti-Semitic graffiti. 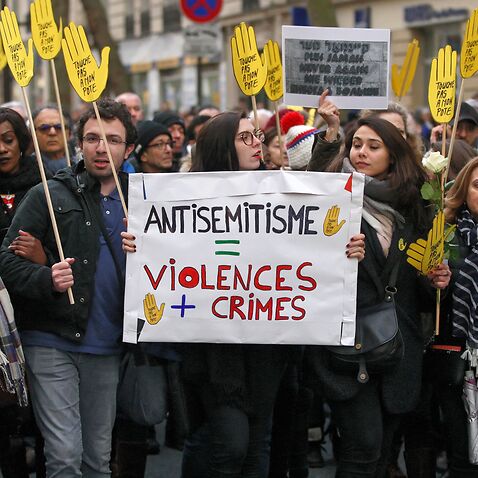 'A canary in the coal mine': Most European Jews say anti-Semitism is getting worse

Earlier this month, a Jewish aged-care centre which is home to Holocaust survivors was targeted by the group, with stickers bearing the group's name and a swastika found near the building's front gates on New Year's Day.

In the same week, a billboard advertising a local production of Les Miserables in St Kilda was vandalised with the words: "Are Jews religious or criminals".

And earlier this week, Dr Abramovich said more graffiti was found in Caulfield, labelling Jews as "insane" and "same-sex pedophiles". 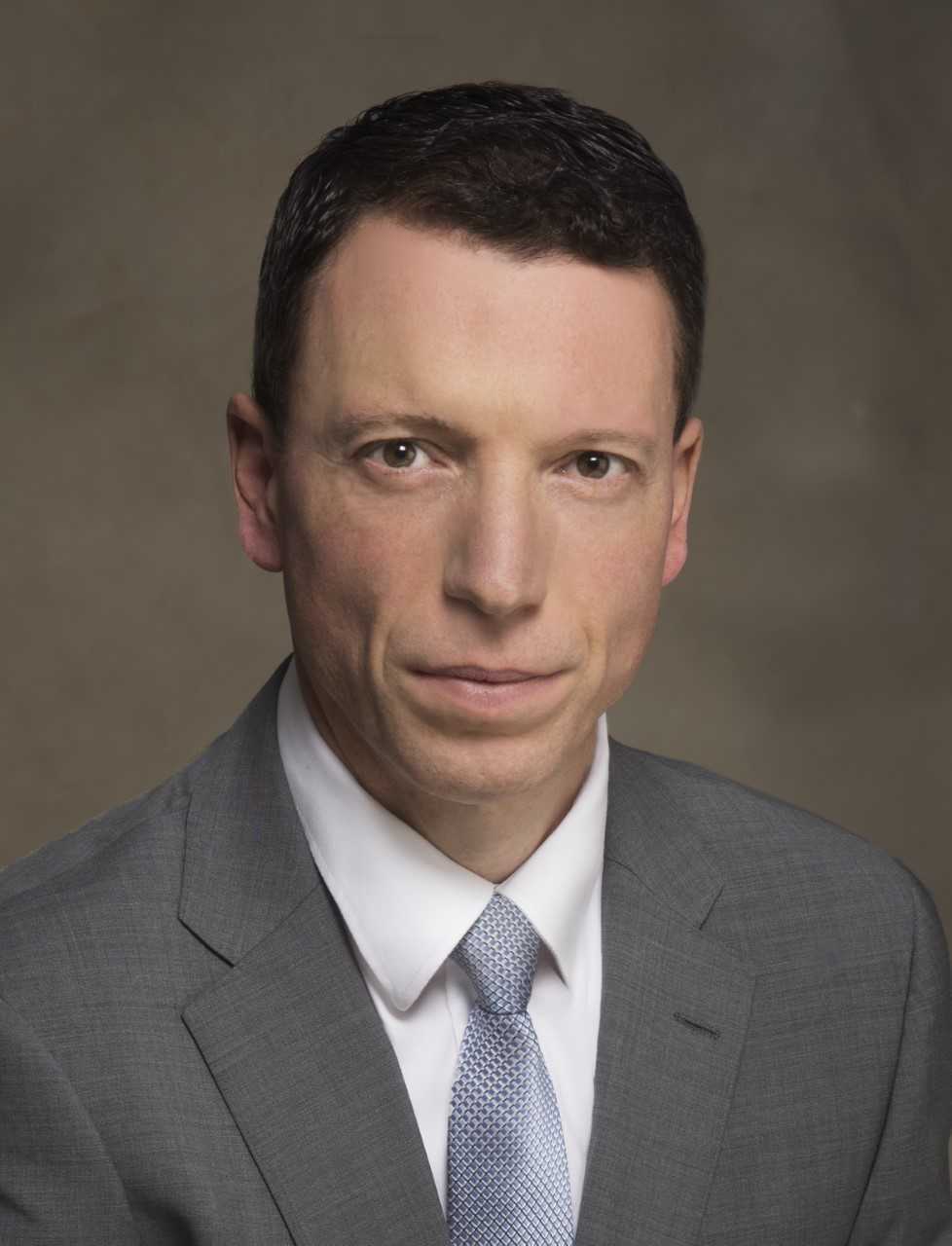 "This surge in extremism is not an aberration, and confirms that unabashed neo-Nazi groups, such as Antipodean Resistance, and other far-right forces, are waging a well-orchestrated blitz of racism," he said.

"People from all sides of the aisle must steel their resolve and say that there will be a price to be paid for prejudice."

At the time of publishing, a Victoria Police spokesperson said they had not received an official complaint regarding the road rage incident. 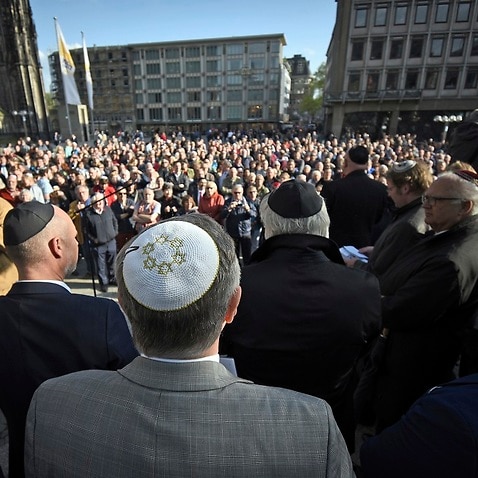 What is fuelling a new type of anti-semitism in Germany?

"Crimes motivated by prejudice cause serious harm to victims, often leaving them, and their communities, feeling vulnerable, threatened and isolated," the spokesperson said.

"We do not tolerate violence, including that which is motivated by prejudice, racism or discrimination."

Anyone with information on the incident can contact Crime Stoppers on 1800 333 000.