James Carouso, acting in the still vacant role of US ambassador to Australia, spoke at centenary commemorations of the Battle of Hamel.

The top US diplomat in Australia says the alliance between the two countries is strong, despite the ambassador post being vacant for nearly two years.

Acting US ambassador James Carouso's comments came as he paid tribute to US and Australian soldiers who fought in the 1918 Battle of Hamel.

The WW1 battle against German positions in the French town of Le Hamel was the first time soldiers from the two nations fought alongside each other.

Australia is critical to security in the Asia-Pacific region, Chargé d'Affaires Mr Carouso said after a ceremonial event at the Australian War Memorial in Canberra on Monday.

“Australia is absolutely a first class, none better ally.”

“The battle for freedom never ends so great democracies have to stick together, work together.”

The US ambassador position has remained vacant for 21 months after the departure of John Berry in 2016.

Former US naval commander Harry Harris was nominated in February this year to fill the role but a late change saw him sent instead to South Korea. 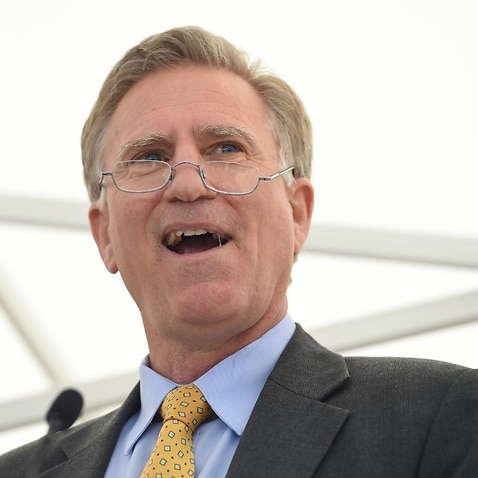 Acting US ambassador to Australia 'disappointed' over Harry Harris move

“Just before he came, things started happening with Korea, and to help cement the process there, they decided to send the best man available,” Mr Carouso said.

When asked specifically by SBS News when a new ambassador would be appointed, he replied: “hopefully soon”.

He has previously been critical of the delay in appointing a new ambassador.

“We'd like to think the [US] president will assign a priority to it,” Dr Nelson said.

“But our nation's interests are being very well served by American representation as it is.”

The date of the Battle of Hamel, on 4 July 1918, was deliberately chosen by the Australian commander to coincide with Independence Day in the US.

The operation was meticulously planned and led by Lieutenant General John Monash. It marked the first time an Australian commander led a united Australian Corps. What happened at the Battle of Hamel?

A civil engineer before the war, he wrote: “a perfect modern battle plan is like nothing so much as a score for an orchestral composition, where the various arms and units are the instruments, and the tasks they perform are their respective musical phrases.”

The battle to take the town of Hamel and its surroundings took 93 minutes and was a resounding success. By the standards of the World War One, casualties were relatively light with just over 1,000 Australians killed or wounded.

It was the first major battle to combine infantry, tanks, air and artillery support and would become a blueprint for successful battles for the rest of the war.