'Rogue One' and 'The Last Jedi' made a fortune giving women and characters of colour screentime but it's also sparked a dark side in some Star Wars fans.

As much as they are about lightsabers, hyperspace and the eternal struggle of good versus evil, the recent instalments in the "Star Wars" saga have also been about rebutting conventional wisdom on who can lead a movie.

Releases like "Rogue One" and "The Last Jedi" made a fortune giving women and characters of colour like Rey (Daisy Ridley) and Finn (black actor John Boyega) screen time alongside the traditional male, white heroes of the series.

But the inclusive Disney era ushered in by 2015's "The Force Awakens" has its own Dark Side - the vile online behaviour of a vocal minority offended that their sacred cow is being stolen.

"It would be unfair and too general to say that 'Star Wars' has a fandom problem. What it has is a white male fandom problem," said film writer Kayleigh Donaldson.

This toxic subset of devotees - overlapping with elements of the far-right and the misogynist "incel" men's movement - are angry that the new films are no longer targeted solely at them. 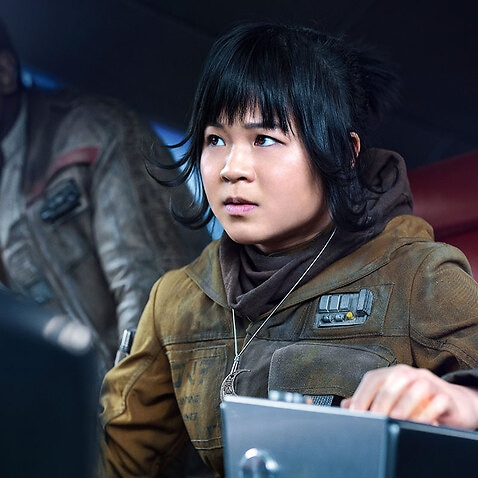 Amid the vitriol about untrammelled political correctness, it is worth noting that "Star Wars" still lacks gender parity and, even in the Disney era, has a long way to go before it can be a paragon of inclusiveness.

The most female-friendly release, "The Last Jedi," features women during less than half of the running time while men get two-thirds of the dialogue in "The Force Awakens."

"Yet this is enough... for these toxic fans to cry propaganda and claim 'their Star Wars' is over," added Donaldson, in an essay for the SyFyWire entertainment website.

"The mere inclusion of women and people of colour is enough for them to cry foul and claim they're 'taking over' the franchise." 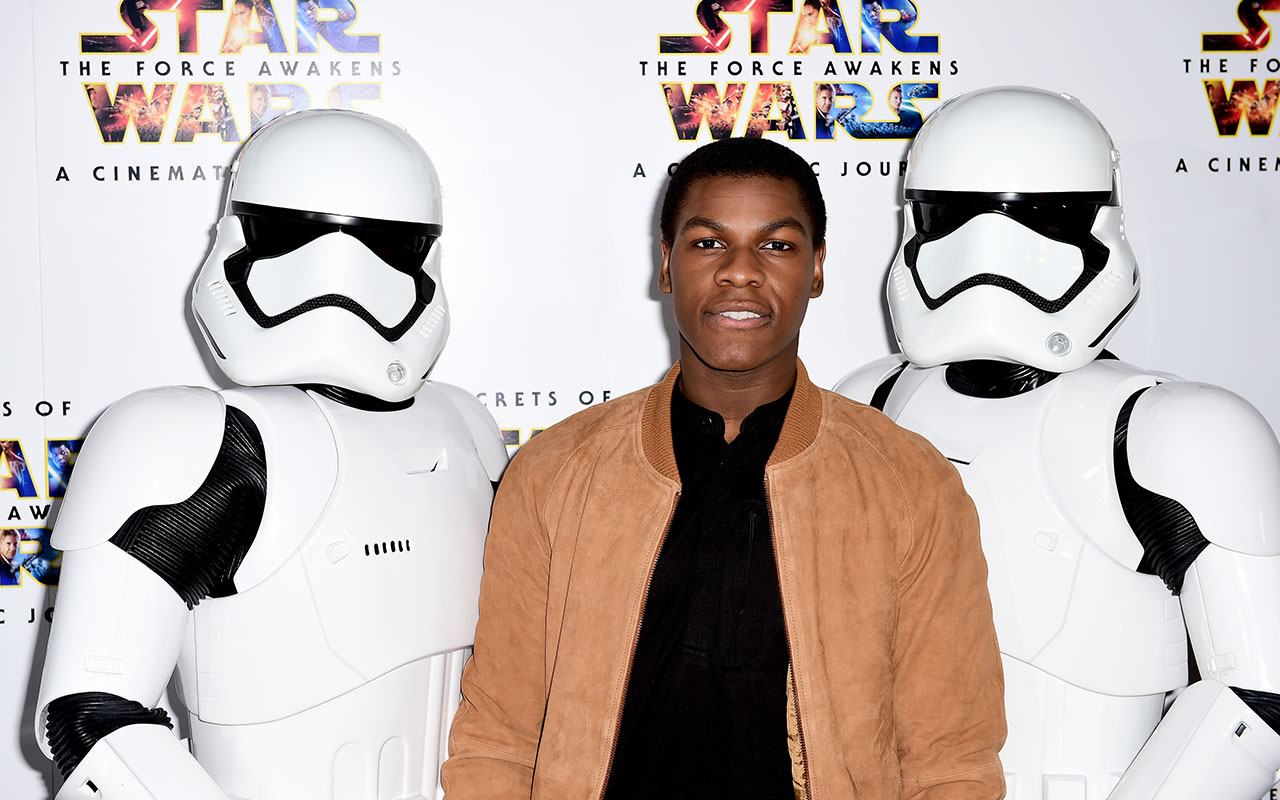 "The Last Jedi," in particular, is accused of destroying the legacy of "Star Wars" by tearing up a carefully-constructed, decades-old mythology and promoting liberal identity politics.

While Mark Hamill (Luke Skywalker) and Adam Driver (Kylo Ren) have avoided the slings and arrows, Kelly Marie Tran, an American cast member with Vietnamese roots, has been mercilessly attacked.

Tran, who plays mechanic Rose Tico, wiped her Instagram account earlier this month after prolonged sexist and racist abuse by a legion of trolls.

Her page on the Wookieepedia "Star Wars" reference site was edited to change her name to "Ching Chong Wing Tong" and she was described as "stupid, autistic and retarded."

Hamill has come to Tran's defense, tweeting a picture of the two of them and writing: "What's not to love? #GetALifeNerds."

The movie's amiable, patient director Rian Johnson has faced death threats and endless abuse from those who seem to see him as more of an existential threat than Darth Vader.

A petition demanding the removal of "The Last Jedi" from the "Star Wars" canon has attracted 107,000 signatures while another asking for a personal apology from Johnson passed 10,000 on Monday.

This is a movie that critics loved, and its lowly 46 per cent audience score on Rotten Tomatoes appears to have been artificially depressed by bots unleashed to game the system. 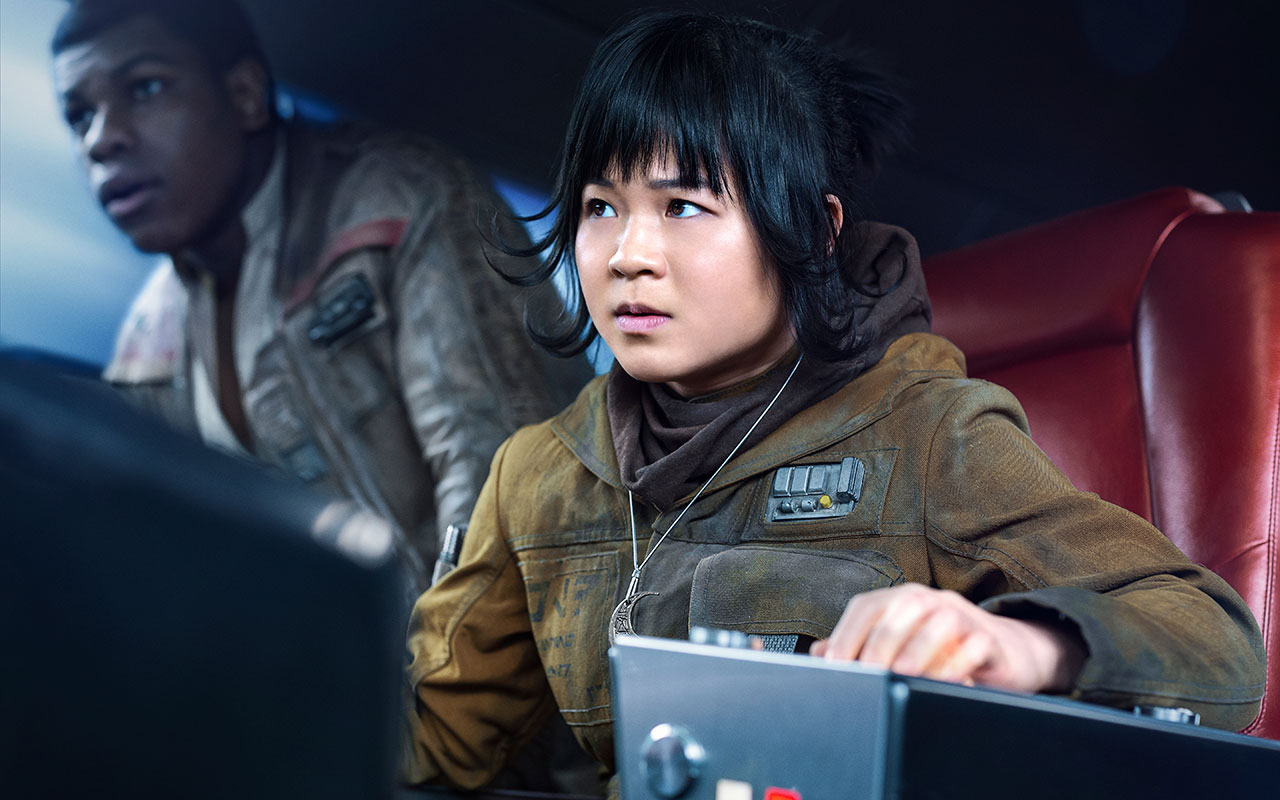 Save what we love

It's not just "The Last Jedi" that has roused the mob.

Ridley deleted her Instagram after being hazed following the release of "The Force Awakens" and sought therapy to cope with the stress.

Her co-star Boyega has been fielding accusations of committing sacrilege since fans found out there was going to be a black Stormtrooper in the "Star Wars" universe.

Child star Jake Lloyd and actor Hayden Christensen - both white and male - drifted out of Hollywood after relentless mockery for their performances in "Star Wars" creator George Lucas's prequel series.

Meanwhile, the people who hung Lucas out to dry for ruining their childhoods are part of the same movement clamouring now for him to save "Star Wars" from Disney. 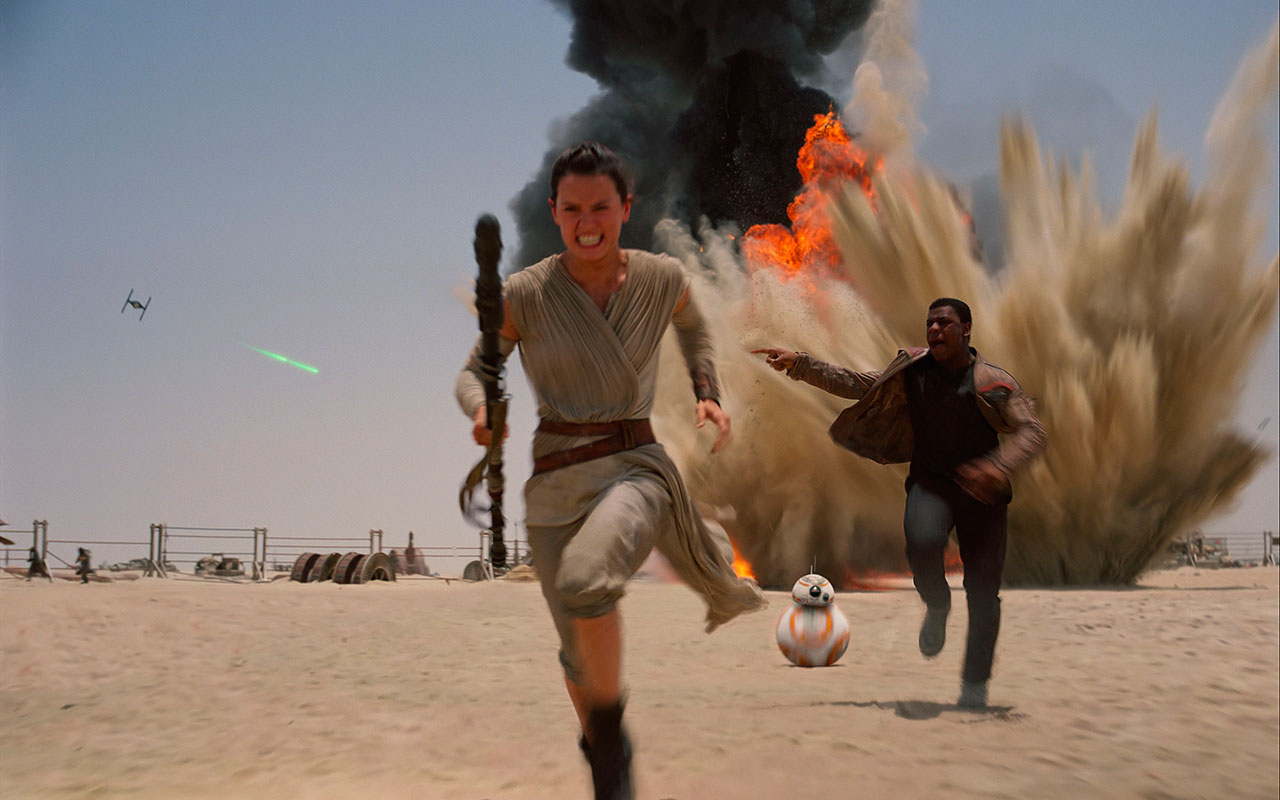 Daisey Ridley as Rey, left, and John Boyega as Finn, in a scene from Star Wars: The Force Awakens.
AAP

While the trolls may not have come suddenly out of a clear blue sky, the toxicity of their obsession has been intensified by the megaphone of Twitter.

But it's not time just yet to despair and beat a retreat to the solitude of Luke Skywalker's ocean-bound sanctuary on Ahch-To, says David Opie of online lifestyle magazine Highsnobiety.

"Instead of fighting what we hate, the best way to win is by 'saving what we love,'" he wrote, borrowing the powerful words of Rose in "The Last Jedi."

"Nothing captures the Rebel spirit more than celebrating the things that matter to us most and treating others with respect. As long as we keep doing that, the Dark Side of the Star Wars fandom will forever be kept at bay."