Scott Morrison has cautioned people against defining Australia's relationships in the Pacific through the prism of tension between the United States and China.

Australia's relationship with the Solomon Islands should not be seen in relation to the rivalry between China and the United States in the Pacific, Prime Minister Scott Morrison has stressed.

Mr Morrison is the first Australian prime minister to visit the Solomons in a decade and outlined a series of announcements after meeting with Solomons Prime Minister Manasseh Sogavare on Monday.

"We have got to be careful not to see what are ongoing and upgrading relationships here for Australia and the Pacific through those binary terms of the United States and China," Mr Morrison told reporters. 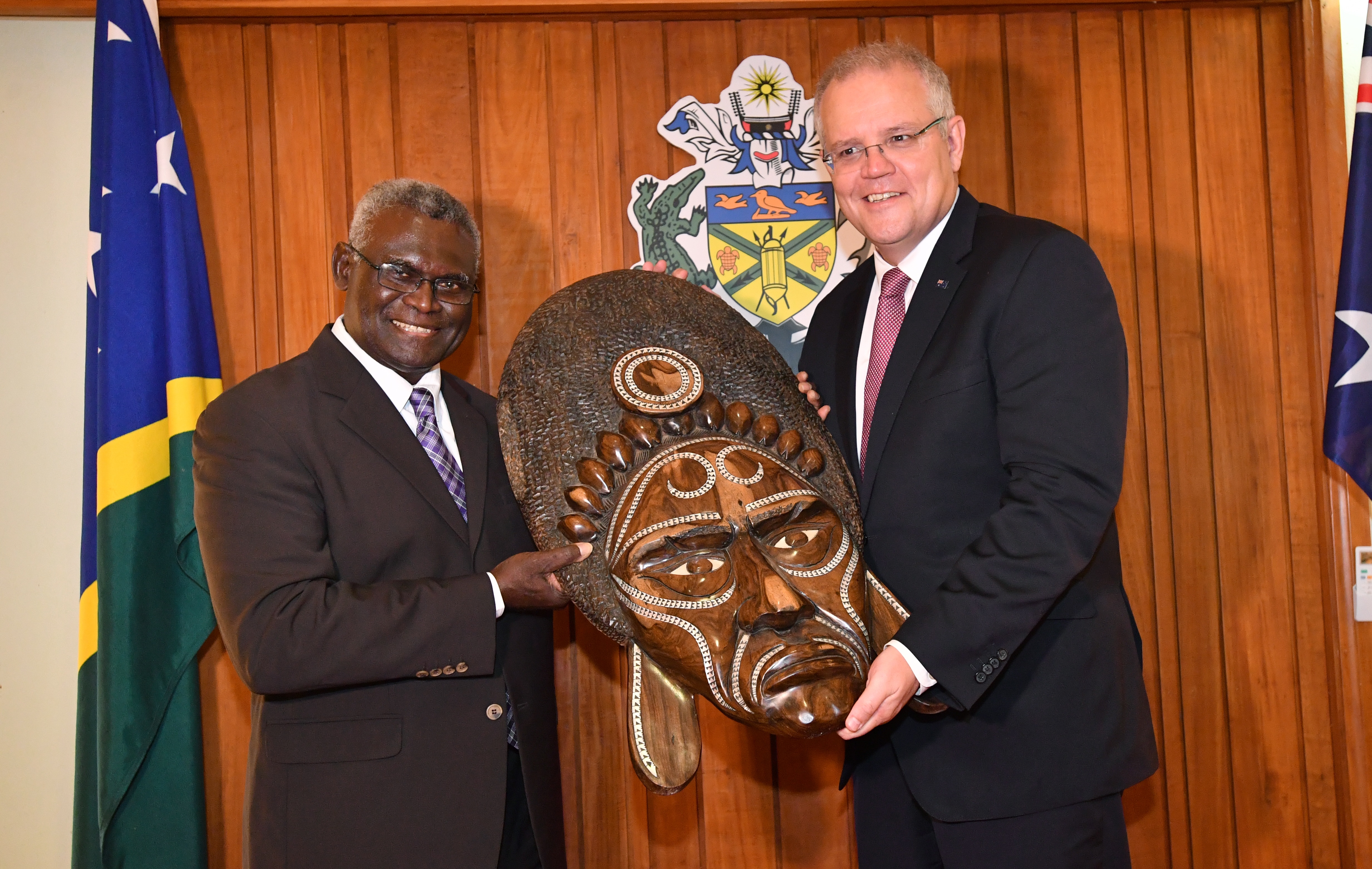 "They have their interests in the region, as do others.

The United States has recently expressed concern that China - with whom it is locked in a trade war - has been trying to influence Pacific nations' diplomatic relationships with have with Taiwan.

Six Pacific island nations give diplomatic recognition to Taiwan, accounting for a third of its diplomatic allies.

But Chinese President Xi Jinping last week told the visiting prime minister of Vanuatu that his country is not seeking a sphere of influence among Pacific states.

Mr Morrison says it is entirely up to the Solomon Islands where it stands on Taiwan, which Beijing considers a sacred Chinese territory. "They are an independent sovereign country who will make decisions in their national interests. 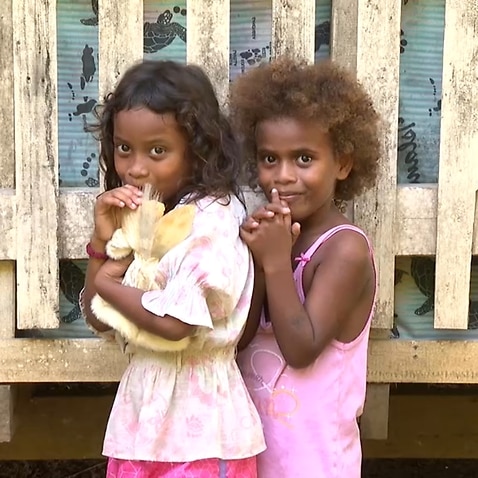 "It is not our place to provide advice or guidance on those decisions."

The prime minister announced funding to give Solomon Islanders an easier path to get work in Australia, and a bilateral infrastructure program worth up to $250 million in grant financing over 10 years.

"We're here because we are family with the Pacific," he said. 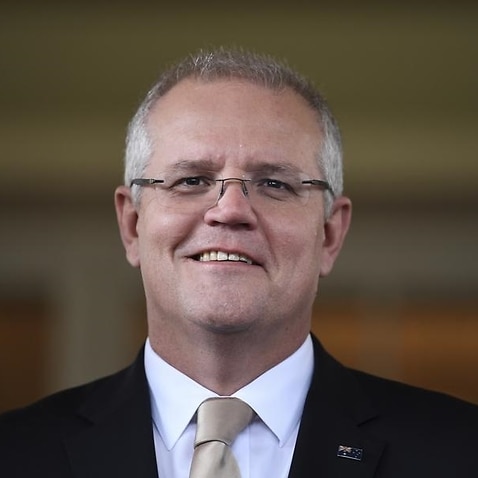 "I made it clear before the election that I wanted to make this a mark of our government that we were keenly interested at a very deep level about this relationship."

Mr Sogavare presented Mr Morrison with a ukelele and a traditional wood carving.

Having been formally welcomed at the airport, the Morrisons attended an informal barbecue at the home of the Australian high commissioner.

Mr Morrison next moves on to the UK to represent Australia at the 75th anniversary commemorations of the D-Day landings in Portsmouth.

On the final leg of his trip in Singapore, he will join his counterpart Lee Hsien Loong for the annual leaders meeting, joined by Foreign Affairs Minister Marise Payne and Trade Minister Simon Birmingham.