US President Donald Trump and French counterpart Emmanuel Macron called for a "new" deal with Iran Tuesday, looking beyond divisions over a landmark nuclear accord that now hangs in the balance.

Trump pilloried a three-year old agreement designed to curb Iran's nuclear program as "insane" and "ridiculous", despite European pleas for him not to walk away from the accord.

Instead, Trump eyed a "grand bargain" that would also limit Iran's ballistic missile program and support for militant groups across the Middle East.

"I think we will have a great shot at doing a much bigger, maybe, deal," said Trump, stressing that any new accord would have to be built on "solid foundations." 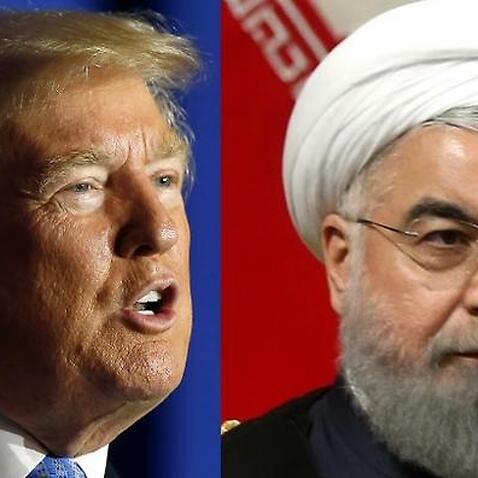 "No matter where you go in the Middle East, you see the fingerprints of Iran behind problems."

Macron, visiting Washington on a landmark state visit, admitted after meeting Trump that he did not know whether the US president would walk away from the nuclear deal when a May 12 decision deadline comes up.

"I can say that we have had very frank discussions on that, just the two of us," Macron told a joint press conference with Trump at his side.

Putting on a brave face, he said he wished "for now to work on a new deal with Iran" of which the nuclear accord could be one part. 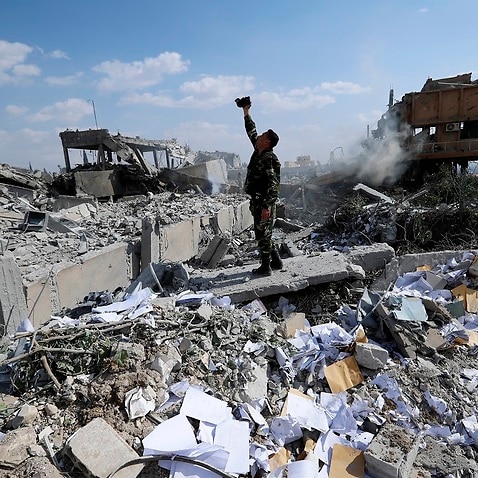 Trump -- true to his background in reality TV -- teased his looming decision.

"This is a deal with decayed foundations. It's a bad deal, it's a bad structure. It's falling down," the US leader said. "We're going to see what happens on the 12th."

Trump's European allies have repeatedly tried to persuade him not to walk away from the 2015 deal, which gave Iran massive sanctions relief and the guarantee of a civilian nuclear program in return for limiting enrichment that could produce weapons grade fuel. 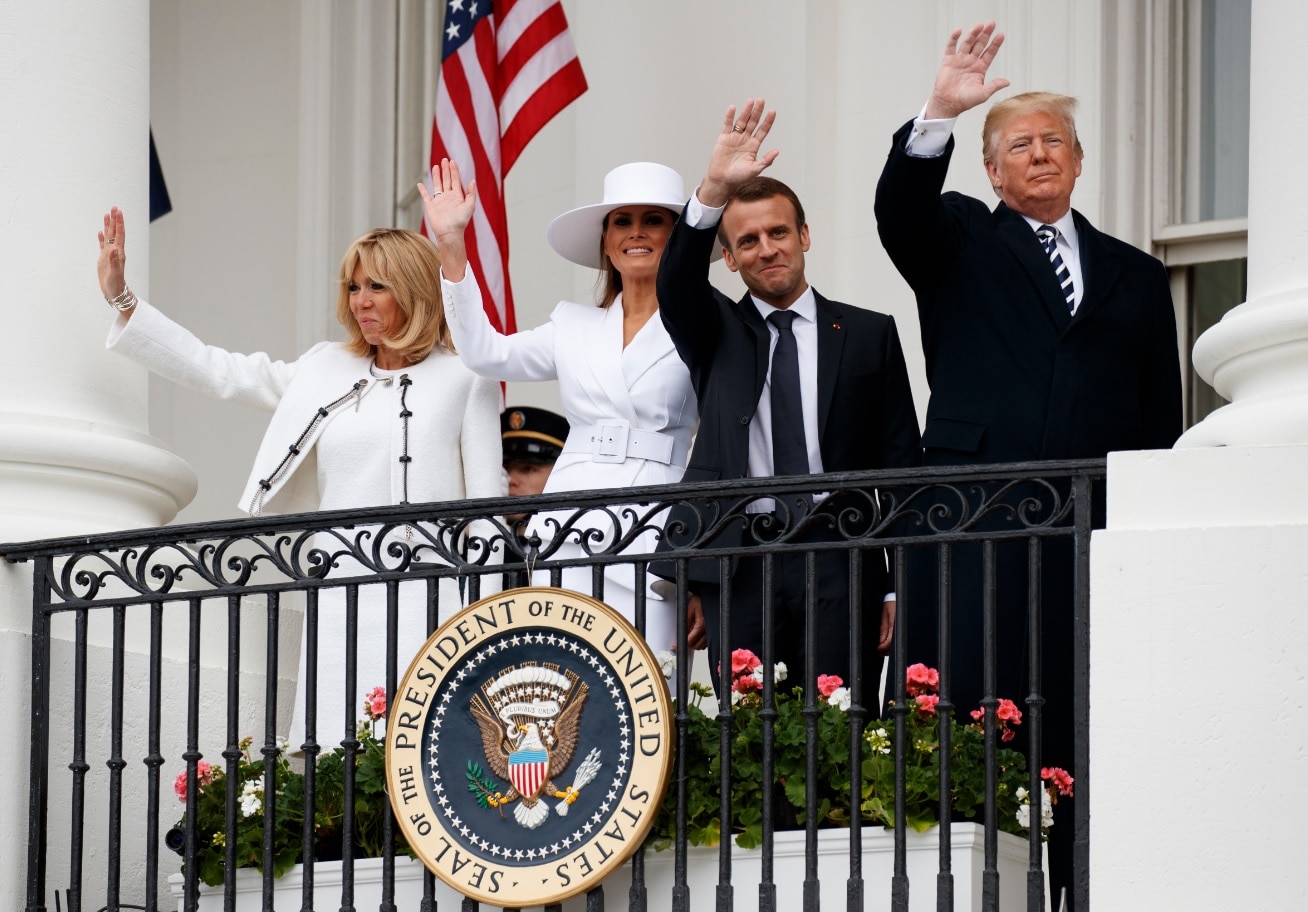 German Chancellor Angela Merkel will make a similar pitch when she visits Washington on Friday.

Neither Trump nor Macron indicated what Iran would get in return for concessions on its ballistic programs or activities in the Middle East.

Iran, meanwhile, has warned it will ramp up enrichment activities if Trump walks away from the accord, prompting Trump to issue a blunt warning.

"They're not going to be restarting anything. If they restart it, they're going to have big problems, bigger than they ever had before. And you can mark it down," he said. 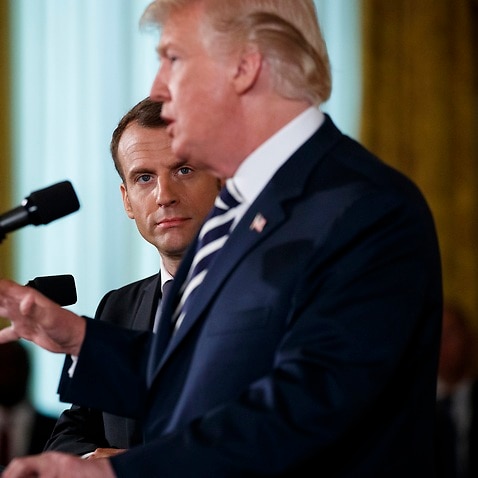 Trump tells North Korea to 'get rid of nukes'

For months American and European officials have been working behind the scenes to trying to find a compromise over Trump's demands to change the agreement.

Officials have toyed with the idea of a separate joint declaration: promising to tackle non-nuclear issues, while searching for a tougher successor agreement.

The challenge, they say, is to find a solution that allows the mercurial US president to claim a public victory, while keeping the deal intact.

More hawkish American officials accuse Europeans -- particularly Germany -- of putting business interests ahead of security, and of opposing a tougher stance against Iran to safeguard investments in the Islamic Republic.

That charge is sharply rejected by European officials, who are increasingly frustrated at spending time dealing with Trump's complaints rather than tackling Iran's behavior.

The disagreement threatens to plunge transatlantic relations to their lowest point since the Iraq War.

Trump comments contrasted markedly with the red carpet roll out that Macron received at the White House.

Earlier Tuesday both men waxed lyrical about shared heroes of yore -- from the Marquis de Lafayette to Alexis de Tocqueville -- and listened to strains of "La Marseillaise" and "The Star-Spangled Banner" echoing around the South Lawn of the White House. 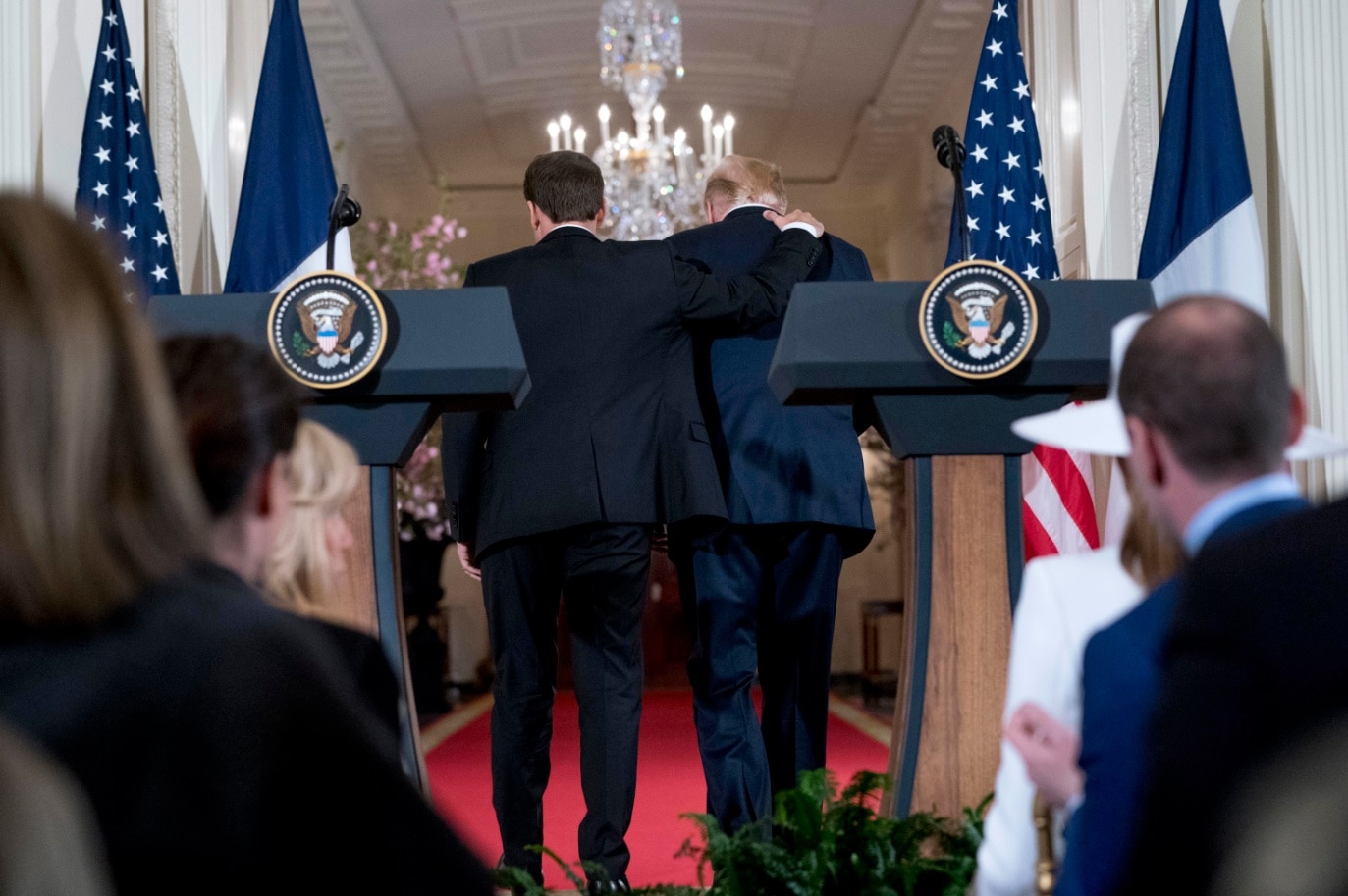 "The wonderful friendship we have developed over the last year is a testament to the enduring friendship that binds our two nations," Trump glowed.

In the Oval Office, Trump offered another, slightly awkward sign of their intimacy.

"We have a very special relationship, in fact I'll get that little piece of dandruff off," Trump said, swiping something off Macron's jacket. "We have to make him perfect -- he is perfect."

Observers are uncertain that Macron can translate the privileged relationship into concrete results.

There are also problems in the economic sphere, with Macron and Merkel both trying to secure a permanent exemption for Europe from US steel and aluminum tariffs.

Trump complained about having to do trade "deals" with the European Union as a bloc, rather than individual states like France.