President Donald Trump recognised the disputed city of Jerusalem as Israel's capital Wednesday, a historic decision that overturns decades of US policy and risks triggering a fresh spasm of violence in the Middle East.

"Acknowledging this as a fact is a necessary condition for achieving peace," added the US leader, declaring: "It is time to officially recognize Jerusalem as the capital of Israel." 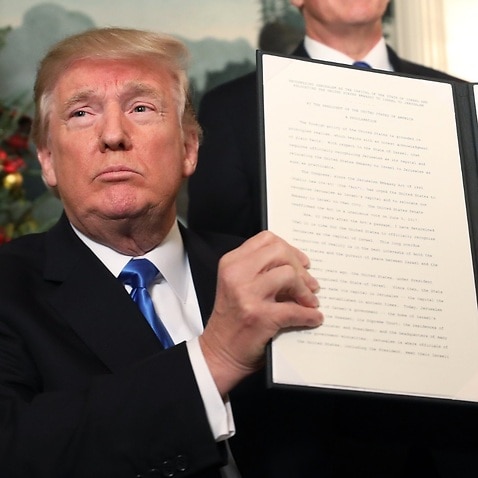 "This is nothing more or less than a recognition of reality. It is also the right thing to do."

Mr Trump's announcement plunges the United States into a decades-long dispute over a city considered holy by Jews, Muslims and Christians, and flies in the face of warnings from US allies and leaders across the Middle East.

The US president also kicked off the process of moving the American embassy from Tel Aviv to Jerusalem, making good on a campaign promise dear to evangelical Christian and right-wing Jewish voters - as well as donors.

Today we call for calm, for moderation, and for the voices of tolerance to prevail over the purveyors of hate.

Mr Trump said his decision marked the start of a "new approach" to solving the thorny conflict between Israel and the Palestinians - as he insisted Washington remained intent on pursuing a peace deal for the region.

"Peace is never beyond the grasp of those willing to reach it," said the US leader, who declared that "the United States would support a two-state solution if agreed to by both sides."

President Trump is following through on his promise to recognize Jerusalem as the capital of the State of Israel and has instructed the State Department to begin to relocate the U.S. Embassy to Israel from Tel Aviv to Jerusalem. More: https://t.co/NLHlqwXYYZ pic.twitter.com/Ewb0DZoL2z

"This decision is not intended in any way to reflect a departure from our strong commitment to facilitate a lasting peace," Trump said, as he announced that Vice President Mike Pence would travel to the region in the coming days.

"So today we call for calm, for moderation, and for the voices of tolerance to prevail over the purveyors of hate." 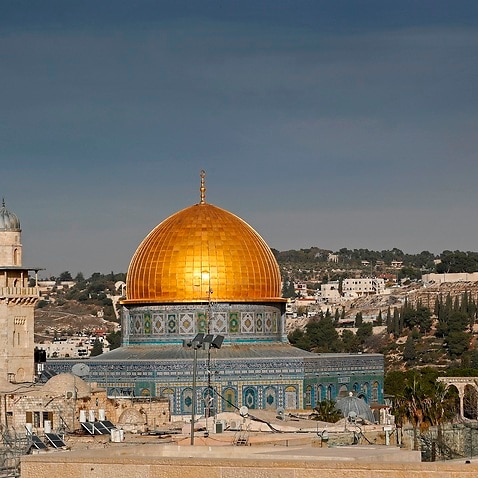 Mr Trump's announcement plunges the United States into a decades-long dispute over a city considered holy by Jews, Muslims and Christians, and flies in the face of warnings from US allies and leaders across the Middle East.

Both Israelis and Palestinians claim Jerusalem as their capital and previous peace plans have stumbled over debates on whether - and how - to divide sovereignty or oversee holy sites.

Israeli Prime Minister Benjamin Netanyahu hailed the move as "historic" and a "courageous and just decision".

Netanyahu also pledged no change to the status quo at Jerusalem's highly sensitive holy sites in the city sacred to Jews, Christians and Muslims.

Mr Trump said that the move was "long overdue."

"Many presidents have said they want to do something and they didn't do it. Whether it's courage or they changed their mind, I can't tell you," Mr Trump said, portraying himself as daring to fulfil a promise that previous presidents have shied away from.

The announcement was preceded by warnings of a violent response in the Muslim world and demonstrators in the Gaza Strip burning American flags.

The Palestinians have said Trump's move would mean the "kiss of death" to the two-state solution, envisaging a Palestinian state in territory - the Gaza  Strip, the West Bank and East Jerusalem - that Israel took in 1967. Palestinians burn Israeli and US flags and posters of US President Donald Trump and Israeli Prime Minister Benjamin Netanyahu.
AAP

A Palestinian envoy said the decision was a declaration of war in the Middle East.

British Prime Minister Theresa May disagrees with the US decision to recognise Jerusalem as the capital of Israel because it is unlikely to help efforts to bring peace to the region, her spokesman said on Wednesday.

"We disagree with the US decision to move its embassy to Jerusalem and recognise Jerusalem as the Israeli capital before a final status agreement," the spokesman said.

"We believe it is unhelpful in terms of prospects for peace in the region."

Australia's Foreign Affairs Minister Julie Bishop says any decision about the relocation of US embassies is a matter for Washington as other countries condemned the US president for the plan.

Ms Bishop has previously left the door open to relocating Australia's embassy from Tel Aviv, should its major allies do likewise. 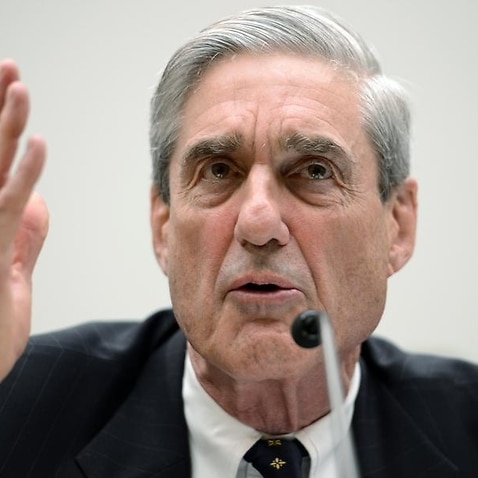 "Matters relating to Jerusalem are subject to final status negotiations between Israel and the Palestinian Authority."

"Labor believes the proposed change to US policy on this matter is unhelpful toward progressing peace in the Middle East and a two-state solution," she said.

Meanwhile, Greens leader Richard Di Natale condemned Australia's reaction to the US decision, especially in light of other global criticism.

"What an utterly disgraceful lack of leadership," he said.

The United Nations Security Council is likely to meet on Friday at the request of eight states on the 15-member body over U.S. President Donald Trump's decision.

"This is a dangerous initiative by the US administration that clearly exemplifies the United States' contempt for international law," a foreign ministry official quoted by the official SANA news agency said.

In a phone call, the Palestinian Authority's President Mahmoud Abbas warned Mr Trump of "the gravity of consequences" the embassy move would have "for the peace process and security and stability in the region and world", according to local news agency Wafa.

The Arab League held an emergency meeting to discuss the development on Wednesday after a request by Palestinian officials. 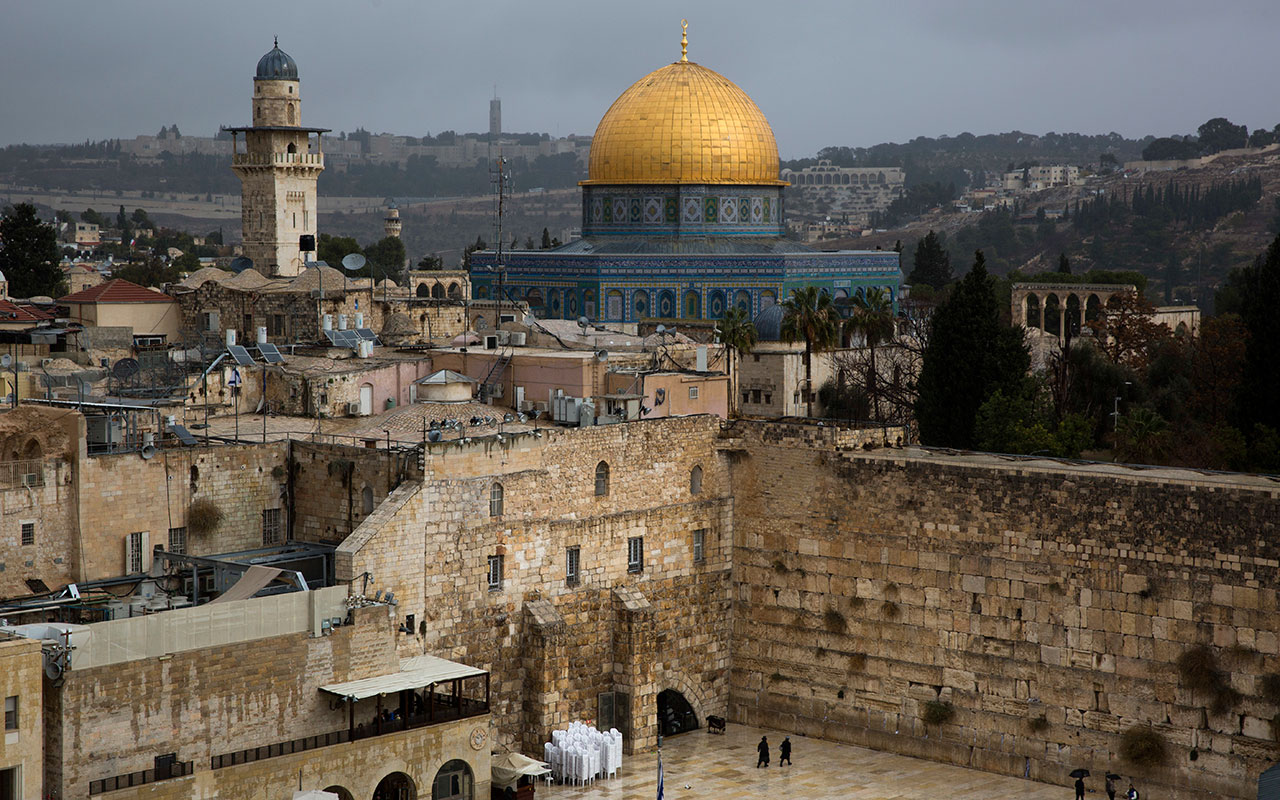 A view of the Western Wall and the Dome of the Rock, some of the holiest sites for for Jews and Muslims, is seen in Jerusalem's Old City, Wednesday, December 6.
AAP