The ad has been accused of using rhetoric from anti-Jewish conspiracy theories and using images of prominent Jewish Americans.

In the closing days of the 2016 US election campaign, Donald Trump’s campaign has again been accused of anti-Semetic rhetoric.

In the two-minute video, titled ‘Argument for America’, Trump speaks against elites controlling the “levers of power in Washington” and “global special interests.”

“It’s a global power structure that is responsible for the economic decisions that have robbed our working class, stripped our country of its wealth and put that money into the pockets of a handful of large corporations and political entities,” Trump says.

Exactly. All 3 villains in Trump's closing ad about global elites bleeding us dry are Jews. Not OK. https://t.co/w6C9xSoaKk via @joshtpm

The ad has received harsh criticism from the Anti-Defamation League, a Jewish civil rights organisation.

“Whether intentional or not, the images and rhetoric in this ad touch on subjects that anti-Semites have used for ages,” ADL CEO Jonathan Greenblatt said in a statement, “this needs to stop.”

“In the final days before the election, tensions are extremely high. It’s a time when all candidates need to be especially responsible and bid for votes by offering sincere ideas and policy proposals, not by conjuring painful stereotypes and baseless conspiracy theories,” Mr Greenblatt said. 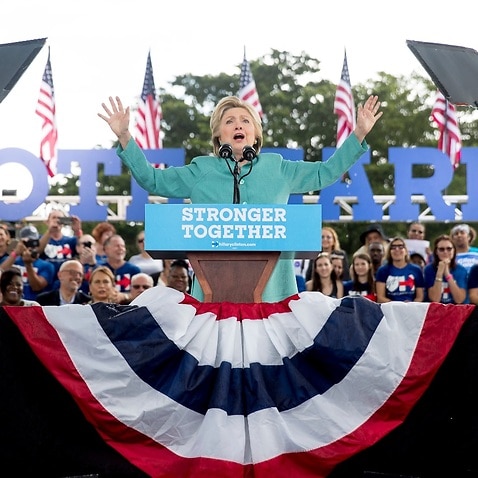 Analysis: Here’s exactly why you can’t trust the polls in America

Democratic Senator Al Franken said the ad appeared to using the rhetoric of anti-Semitic conspiracy theorists on the far right.

“When I saw the ad I thought that this was something of German Shepherd whistle, a dog whistle, to a certain group in the United States,” Senator Franken told CNN.

“I’m Jewish, so maybe I’m sensitive to it. It had an Elders of Zion feeling to it, an international banking conspiracy to it and then a number of Jews,” the Democrat said. 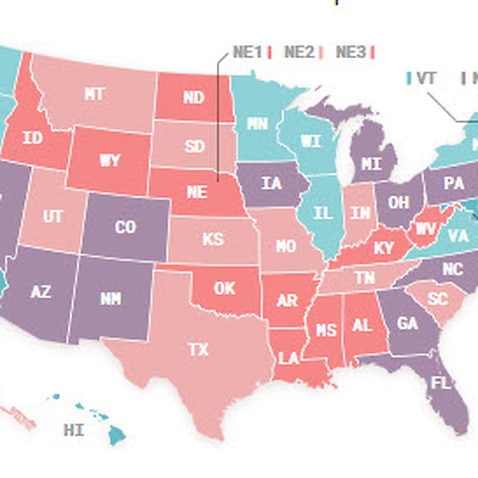 Jason Greenblatt, Chief Legal Officer at the Trump Organisation and a vocal Jewish supporter, has strongly defended the Republican candidate, taking aim at the ADL itself.

“The ADL should focus on real anti-Semitism and hatred, and not try to find any where none exist,” Mr Greenblatt said.

“I am offended and concerned that an institution such as the ADL would involve itself in partisan politics instead of focusing on its important mission,” he said. “Mr. Trump’s message and all of the behavior that I have witnessed over the two decades that I have known him have consistently been pro-Jewish and pro-Israel and accusations otherwise are completely off-base.”

The row is emblematic of a broader, pronounced division in the American Jewish community over this year’s election.

An invitation for Trump to speak at the American Israel Public Affairs Committee annual conference earlier this year set off a passionate debate between its members.

The latest controversy isn’t the first time the Trump Campaign has been accused of anti-Semetic rhetoric.

In July Trump’s account tweeted an image of Clinton against a pile of cash and a six-pointed star, claiming she was the “Most Corrupt Candidate Ever!”

The tweet was soon deleted after users criticised the campaign for the use of the Star of David, which the Trump said was a “plain star” or sheriff’s badge. 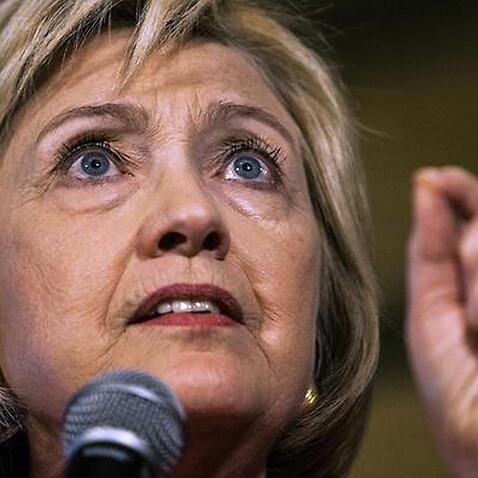