Ferdi Tanoni says he believes justice will prevail for the 13,000 Indonesian seaweed farmers he's representing whose livelihoods were devastated by one of Australia’s worst oil spills.

“I believe there is justice in Australia as much as I do believe that the truth can be cheated, but [that] the truth cannot be defeated,” says Mr Ferdi as Indonesian seaweed farmers launched a class action on Wednesday against oil and gas giant PTTEP Australasia Pty Ltd.

West Timor Care Foundation chairman Ferdi Tanoni has been fighting for the farmers for years since PTTEP’s Montara oil rig, about 250 kilometres from the Indonesian province of Nusa Tenggara Timur, exploded on August 21, 2009, spewing more than 300,000 litres of oil into the Timor Sea for over two months.

Greg Phelps from Australia’s Maurice Blackburn Lawyers, which filed the case against PTTEP in the Federal Court in Sydney, says it’s time the oil company “now face its responsibilities”.

“The oil company has relied on the poverty of the victims, hoping the problem might go away,” Mr Phelps said in a statement.

“Now, a well-funded class action led by Maurice Blackburn means that, finally, the justice and respect overdue to them is within reach for these salt-of-the-earth farmers, who lost so much when Montara pollution flowed into their seaweed plots.”

“There was nothing that these farmers could do to protect themselves against the impact of an oil spill from Montara, and to see their hard work, and the possibility of tertiary education for their children literally wash away, has been devastating,” Mr Slade says.

But PTTEP says independent studies it conducted into the incident shows the environment around Nusa Tenggara Timur has not been irreversibly damaged.

“These comprehensive studies clearly show no lasting impact on the highly sensitive and biodiverse ecosystems in the areas closest to Indonesian waters,” it said in a statement on Wednesday.

PTTEP says the results of the study deem it reasonable to assume that if the reefs closest to the Montara rig could recover, “then it is highly improbable that the seas and coastline of Nusa Tenggara Timur would have been impacted”.

Instead it says satellite imagery, aerial survey images and trajectory modelling show 98 per cent of the oil remained in Australian waters and that no oil reached the Australian or Indonesian coastlines.

Ferdi Tanoni says he is disappointed with the Australian government’s response to the spill.

He said the Australian Maritime Safety Authority reported to the Indonesian Government that satellites had detected oil had travelled 50 kilometres from Rote Island, Nusa Tenggara Timur, in September 2009.

The Indonesian transportation and environment department then requested that the Australian Federal Government conduct an investigation into the incident, he says, but it refused to conduct a study in international waters.

“The oil company and the Australian Government, they did not want to acknowledge that the Montara oil spill reached international shore lines," Mr Ferdi said. 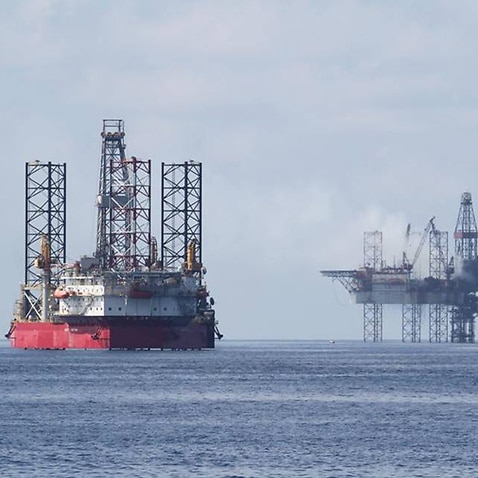 A spokesperson from the Department of Environment told SBS that the Australian Government shared all relevant information about the spill with the Indonesian government including Australian response efforts.

Environmental monitoring in Indonesian waters is the responsibility of and a matter for the Indonesian Government, the spokesperson adds.

"With respect to the legal action brought against PTTEP Australasia and the Northern Territory Government, this is a matter for the parties involved.

"The matter is now before the Federal Court and the Federal Government cannot make any further comment in regards to ongoing legal proceedings.”

SBS has contacted the Indonesian Environment Ministry for comment.