Prime Minister Malcolm Turnbull has been in touch with Donald Trump in the wake of his US presidential election win.

Malcolm Turnbull has telephoned United States president-elect Donald Trump to congratulate him on his election win.

The government has already begun talks with Trump administration advisers as the new president prepares to take over the White House in January.

"I suppose as both being businessmen who found our way into politics, somewhat later in life, we come to the problems of our own nations and indeed world problems with a pragmatic approach," the prime minister told reporters in Canberra.

"He is a businessman, a deal maker and he will, I have no doubt, view the world in a very practical and pragmatic way."

Both leaders agreed on the vital importance of the US-Australian alliance.

Mr Trump also observed the success of the Australian economy and "congratulated me on that".

Australia in US bridge-building mode

As Donald Trump prepares to take over the White House in January, the federal government is already taking the pulse of his new administration.

The Turnbull government is sparing no time in building bridges with Donald Trump ahead of the US president-elect pulling together his administration.

Mr Trump's victory over the Democrats' Hillary Clinton to become the 45th president has been met with caution across the globe, having campaigned on a mishmash of populist trade, defence and foreign policies.

However Foreign Minister Julie Bishop says Australia is well-prepared, having made contact with key policy figures within the Trump camp over the past 18 months.

"Any US presidential election has implications for the globe ... But this is a momentous change," Ms Bishop said on Thursday. 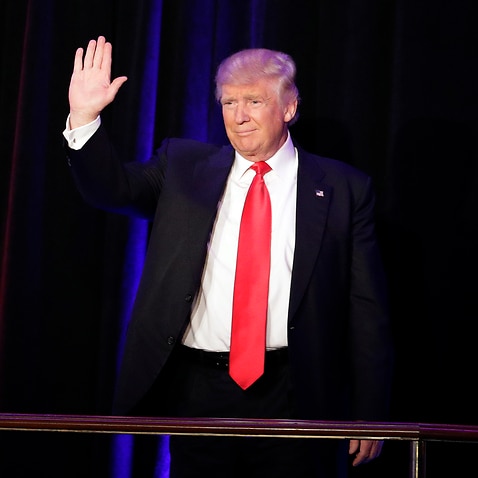 "We see it as an opportunity for Australia to work very closely and constructively with the new president and his administration to ensure that we maintain US presence and leadership in the Asia-Pacific. That is in our national interest."

Prime Minister Malcolm Turnbull, who is seeking to talk to Mr Trump in coming weeks, has telephoned Mr Trump to congratulate him on his election win.

He said overnight he was confident the US would stand by its commitments and treaties with Australia.

He says it's important in such times of unprecedented economic and technological change that all sectors of the community are included. One of the most pressing issues will be whether Barack Obama, who will meet with Mr Trump on Thursday (Washington time), will be able to convince the Congress during the so-called "lame-duck session" to approve the Trans Pacific Partnership trade deal.

Mr Trump, who takes office on January 20, has to make about 4000 political appointments to key roles in his administration, impacting on issues from climate change to defence.

There are already signs he will depart from current US policy on climate, with reports he is considering prominent climate sceptic Myron Ebell to lead his environmental policy transition team.

Labor leader Bill Shorten did not apologise for having described some of Mr Trump's views as extreme.

"But the American people have now spoken. For the relationship between Australia and America, it doesn't depend on particular government or personalities. I think seven decades shows that we're stronger than that," he said.

One Nation leader Pauline Hanson, who rode her own populist wave back to Canberra in the July federal election, hoped it would lead to more common sense politics.

"People around the world are saying 'we've had enough with the major political parties, with the establishment, with the elites, with the chardonnay set'," she told Sky News. Labor defence spokesman Richard Marles said the government needed to use every avenue in its diplomatic arsenal to talk to the presidential transition team about Australia's issues in the region.

"(A US) presence in east Asia is important," he told Sky News.

"Do we really want to be the deputy sheriff to a racist climate-change denier?" he asked.