Greenpeace says the $60 million in funding to help the Great Barrier Reef won't do anything to help it if the Adani coal mine still goes ahead.

Greenpeace says Malcolm Turnbull's $60 million to help the Great Barrier Reef is wasted money if it is not directed at climate change threats.

The prime minister said on Monday the reef was "alive" and "resilient" as he revealed funding to tackle crown-of-thorns starfish and incentives for farmers to reduce their pollution.

The funding would also go towards research into making the reef resilient in the face of warming waters, he said in North Queensland.

But Greenpeace Australia's pacific climate and energy campaigner Dr Nikola Casule said the biggest thing that would help the reef right now was not to build Adani's Carmichael coal mine in central Queensland. 2017 mural by Scott March in reaction to Turnbull government deal with Adani Coal Mine in Queensland, which many believe will have negative effects on the reef.
AAP

It is expected to produce 2.3 billion tonnes of coal over 60 years and 60 million tonnes-a-year at its peak.

"If I had to pick one thing that would help the reef right now it is not to build the Adani coal mine and phase out existing mines (Bowen and Surat basin mines in Queensland)," Dr Casule said.

The coal burning for the Adani project is estimated to generate greenhouse gases equivalent to more than 4.49 billion tonnes of carbon dioxide, according to an expert report submitted to the Land Court of Queensland when it heard objections regarding the mine.

"Continued emission of greenhouse gases will cause further warming and long-lasting changes in all components of the climate system, increasing the likelihood of severe, pervasive and irreversible impacts for people and ecosystems," the report stated.

"All emissions from burning of product coal from this mine will have a climate impact in the physical cause-effect sense.

International shipping of coal from this mine and dredging to expand the shipping terminal have also sparked huge environmental concerns for the reef.

Experts say the dredging will reduce water quality in the reef and increase the likelihood of coral disease.

Sediment from dredging is also expected to cut the light to coral reefs, which is needed for photosynthesis.

Strong community opposition towards the Adani has been attributed to the project being delayed.

"In 2012 Adani said they expected the first coal to be exported from the Carmichael mine in 2016 ... now it's forecast for 2022 and they haven't even started construction yet," Dr Casule said. Washed up coral from the Great Barrier Reef said to be a result of reef bleaching.
Getty An aerial view of the Great Barrier Reef.
Getty

"All rational thought and analysis say this mine should be written off… the best thing the government could do (for the reef) is withdraw the mining licence and draw a line in this project."

While Dr Casule acknowledged that crown-of-thorns and run-off from agriculture were legitimate problems the reef faced, he said the biggest problem was coral reef bleaching and the link to rising emissions in Australia.

"We know climate change is the biggest threat to the reef, it warms the ocean which causes the coral to bleach and eventually die," he said.

"This is the third year in a row that the reef has bleached ... there are early signs of it bleaching again in 2018.

"We'd like to see Turnbull commit to a credible science-based plan to tackle climate change which rapidly reduces Australia’s emissions and switches to renewable energy.

"And commit today to no new approvals of coal mines in Australia, including Carmichael. The Australian Marine Conservation Society felt the funding did not do enough to recognise the scale of the danger of climate change to the reef.

Speaking with The Australian, Fight for our Reef campaign director Imogen Zethoven said the government needed "to make an urgent transition to renewable energy and rule out Adani's Carmichael mine and all new coal mines".

"Funding research is necessary, but it will be a classic case of rearranging the deck chairs on the Titanic unless the federal government moves quickly away from coal and other fossil fuels," she said.

"The reef is suffering. If it were a patient, it would be crying out for more help."

Turnbull: Reef health and Adani mine 'not directly linked'

Turnbull on Monday said the Adani mine and the health risks towards the Great Barrier Reef were “not directly connected”.

“All reefs around the world are suffering from, or being affected by rising temperature levels in the ocean. That is linked to and caused by the rise in greenhouse gases in the atmosphere which of course is connected to burning fossil fuels,” he said.

“If the Adani project were not to go ahead, the coal that it would send to India will be sourced somewhere else. The coal would still get burned in India.

“It’s important to remember that if Australian coal is not burned, Australian coal will release CO2 into the atmosphere, but it is cleaner than many other sources of coal around the world. So the reason why Indian generators have sought to buy coal from Australia is because of it’s quality and because it produces less pollution.

“If the Adani project does not go ahead, the Indian demand for coal would remain and that coal, they will source that coal from somewhere else. From Indonesia, from Columbia, from South Africa, even locally, in India.”

Where Turnbull’s millions will be spent

The $60 million scheme, outlined by the prime minister in Townsville on Monday, will include funding farmers to reduce sediment run-off and research over the next 18 months.

"The Turnbull Government will support world-first research to secure the viability of the Great Barrier Reef and the 64,000 jobs that rely on its prosperity," a statement said. 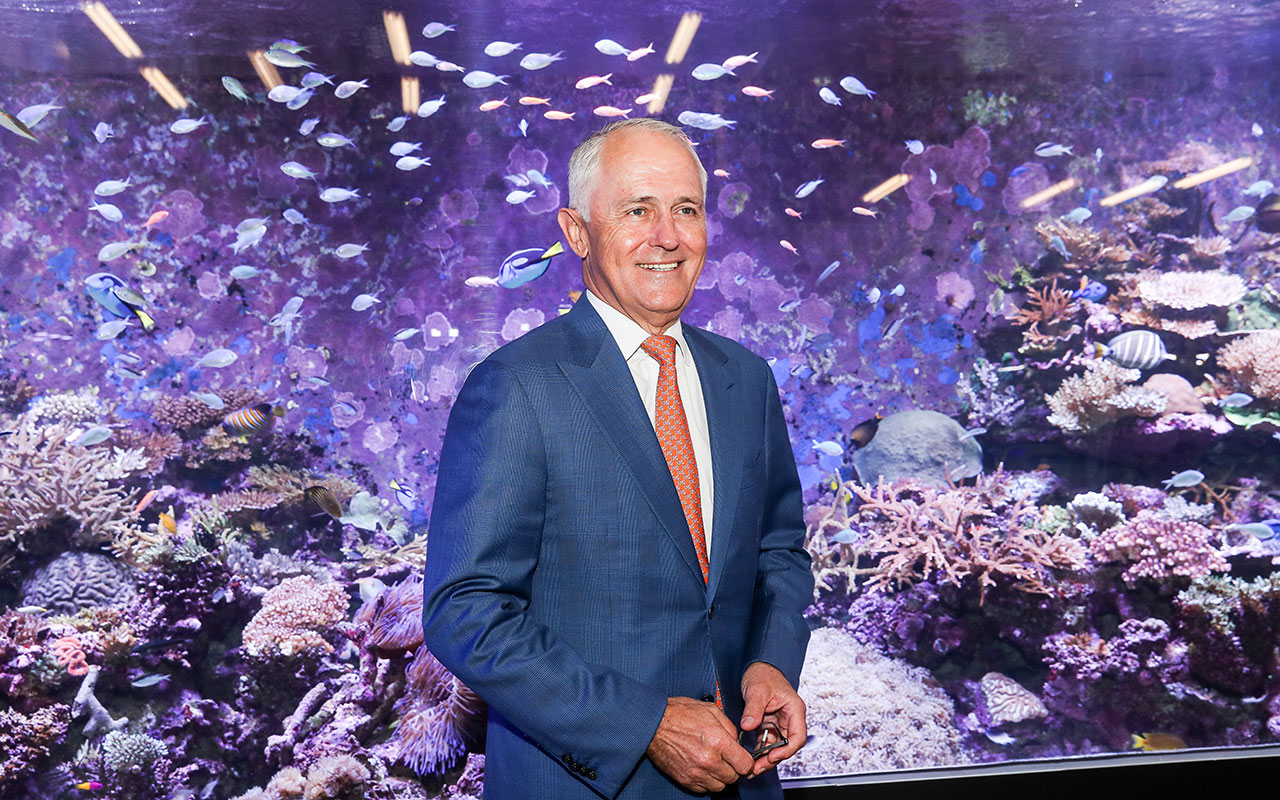 About $36 million will go towards initiatives encouraging farmers to reduce pollution entering reef waters, with a further $10.4 million to boost the number of vessels targeting an outbreak of coral-eating crown-of-thorns starfish from three to eight.

Additional field officers providing early warning of further coral bleaching will also be taken on as the reef reels from back-to-back coral bleaching events in 2016 and 2017.

Queensland Premier Annastacia Palaszczuk welcomed the funding, but also highlighted the hundreds of millions of dollars her own government had spent on initiatives to protect the reef and improve water quality.

"The extra funding is welcome but it is nowhere near the amount of funding that my government is investing in our greatest natural asset," she told reporters in Logan on Monday.