The Australian government has welcomed a decision by US President Trump to launch precision strikes in Syria responding to reported chemical weapon attacks.

Australian forces have played no part in the joint US, British and French strikes against the Assad regime in Syria, the government has confirmed, though Prime Minister Malcolm Turnbull said the strikes sent an unequivocal message.

"The use of chemical weapons by anyone, anywhere, under any circumstances is illegal and utterly reprehensible. The Assad regime must not be allowed to commit such crimes with impunity," Mr Turnbull said in a statement on Saturday. 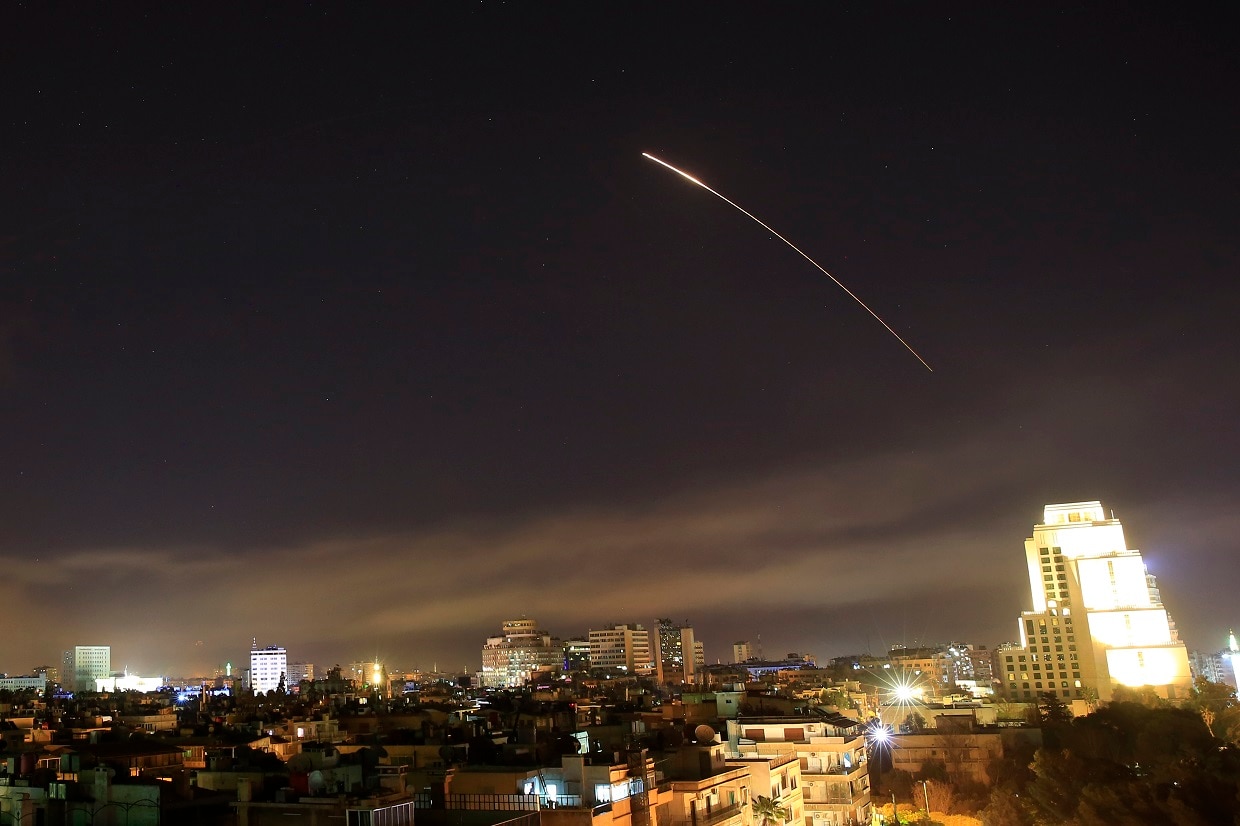 Damascus skies erupt with missile fire as the US launches an attack on Syria targeting different parts of the capital Syria, early Saturday.
AP

The strikes were "a calibrated, proportionate and targeted response."

Defence Minister Marise Payne spoke to US Secretary of Defence James Mattis on Saturday morning for a briefing on the three targets of the strike but assured reporters no request for support had been made.

"It has reduced the regime's ability to use chemical weapons in the future and sends a clear and strong message that the use of chemical weapons will not be tolerated by the international community," Ms Payne told reporters in Sydney.

"I can confirm that there was no Australian involvement in the strike. Australia's mission in Iraq and Syria is the defeat of Daesh."

Prime Minister Turnbull called out Russia, who he said must not obstruct UN Security Council responses to the use of chemical weapons in Syria.

"Russia and Syria's other main supporter, Iran, must place pressure on the regime to end its abuse of international law and human rights," he said.

"[They must] engage seriously in negotiations to bring the seven-year civil war to an end."

Australia has sanctions in place against 135 individuals and 42 entities in relation to Syria and its chemical weapons program.

Since 2011, Australia has provided more than $433 million in humanitarian assistance to support those in Syria impacted by the conflict.

The US is prepared to sustain its response, considered vital to its national interest, until the Syrian regime stops its use of prohibited chemical agents.

"These are not the actions of a man, they are crimes of a monster," President Trump said of the chemical attack in a televised address. 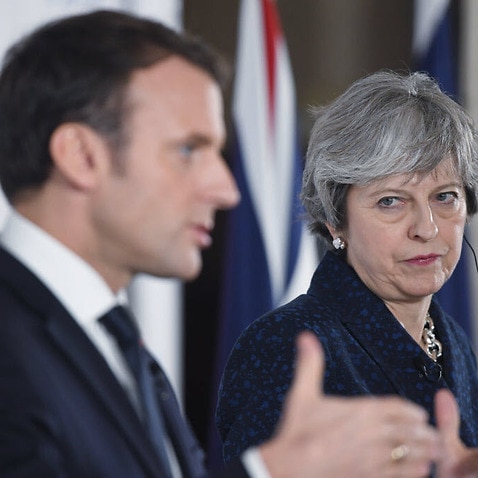 'No alternative': May and Macron join forces with Trump on Syria strikes

"The purpose of our actions tonight is to establish a strong deterrent against the production, spread and use of chemical weapons."

The response will integrate and draw on US military, economic and diplomatic capabilities.

It is the first time as prime minister that Theresa May has committed British armed forces to combat.

"It is not a decision I have taken lightly," she said on Saturday. 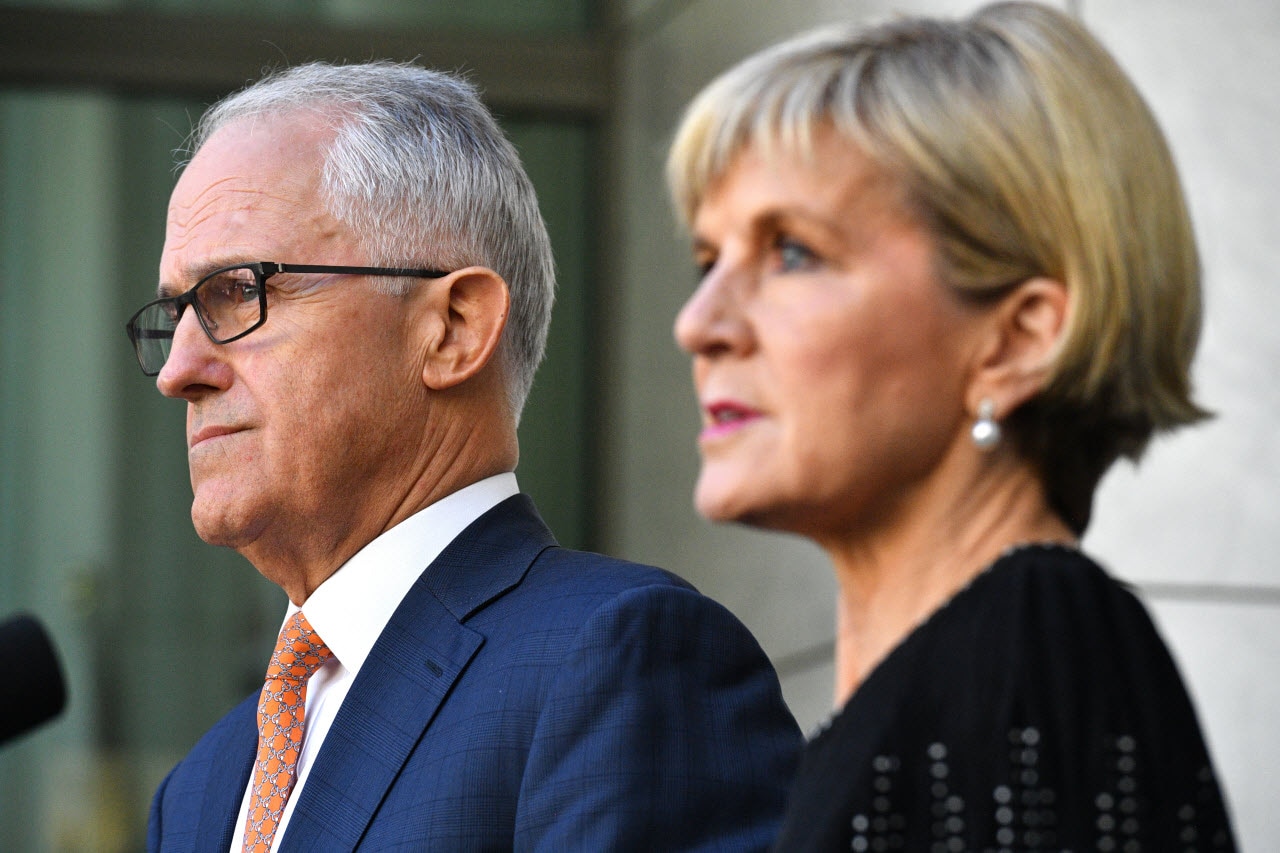 "We cannot allow the use of chemical weapons to become normalised, within Syria in the streets of the UK or anywhere else in the world."

As the leaders spoke, explosions were heard in Damascus.

A Reuters witness heard a series of loud blasts in the Syrian capital early on Saturday.

The witness said smoke could also be seen rising in the eastern side of the city.