At issue in the post by the @TeamTrump account was a claim by the US president that children are "almost immune" to the novel coronavirus.

The tweet "is in violation of the Twitter rules on COVID-19 misinformation," a spokesperson for the San Francisco-based service told AFP. 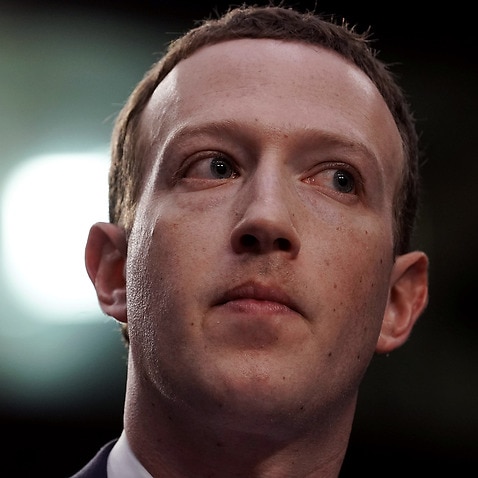 A video of Mr Trump making the claim during a Fox News interview was earlier removed from Facebook in the first action aimed at the president's page by the leading social network.

The move came as Facebook faces pressure to prevent the spread of misinformation while simultaneously being accused of silencing viewpoints by calling for posts to be truthful. US President Donald Trump in the Oval Office at the White House.
AAP

The @TeamTrump account was posting again shortly after Twitter's announcement, and the contested video clip appeared to have been removed.

"Silicon Valley is hopelessly biased against the president and only enforces the rules in one direction," the campaign's director of communications Tim Murtaugh wrote, in a reaction to the temporary ban that was retweeted by @TeamTrump.

Mr Trump defended his comments when questioned about them during a White House press briefing.

"I'm talking about (being immune) from getting very sick," Mr Trump said.

"If you look at children, I mean, they are able to throw it off very easily."

Health officials have urged people of all age groups to protect themselves against exposure to the virus, saying everyone is at risk.