At least 10 passengers on a cruise ship that Japan quarantined have tested positive for the new coronavirus as China confirms more than 24,000 are now infected in mainland China.

Two Australian holidaymakers are among the 10 people who have tested positive for coronavirus on board a Japanese cruise ship now quarantined in the Japanese port of Yokohama.

Earlier, Japanese health authorities confirmed the positive results onboard the Diamond Princess after a former passenger was diagnosed with the illness in Hong Kong.

The 80-year-old man flew to Japan and boarded the Diamond Princess, run by Carnival Japan, in Yokohama on 20 January and disembarked in Hong Kong on 25 January, the company said. A handout photo from the Diamond Princess cruise ship that has been quarantined in Japan.
David Abel, Facebook

Japan has quarantined the vessel carrying 3,711 people and was testing those onboard for the virus.

On Wednesday afternoon, the cruise company confirmed two Australians were among those who returned a positive result.

There are 223 Australians among the 2666 guests and 1045 crew currently onboard, Princess Cruises confirmed.

“Princess Cruises can confirm that the first phase of health screening of all guests and crew onboard Diamond Princess, by the Japanese Ministry of Health, has been completed… 10 people have tested positive for Coronavirus,” the cruise company said in a statement. 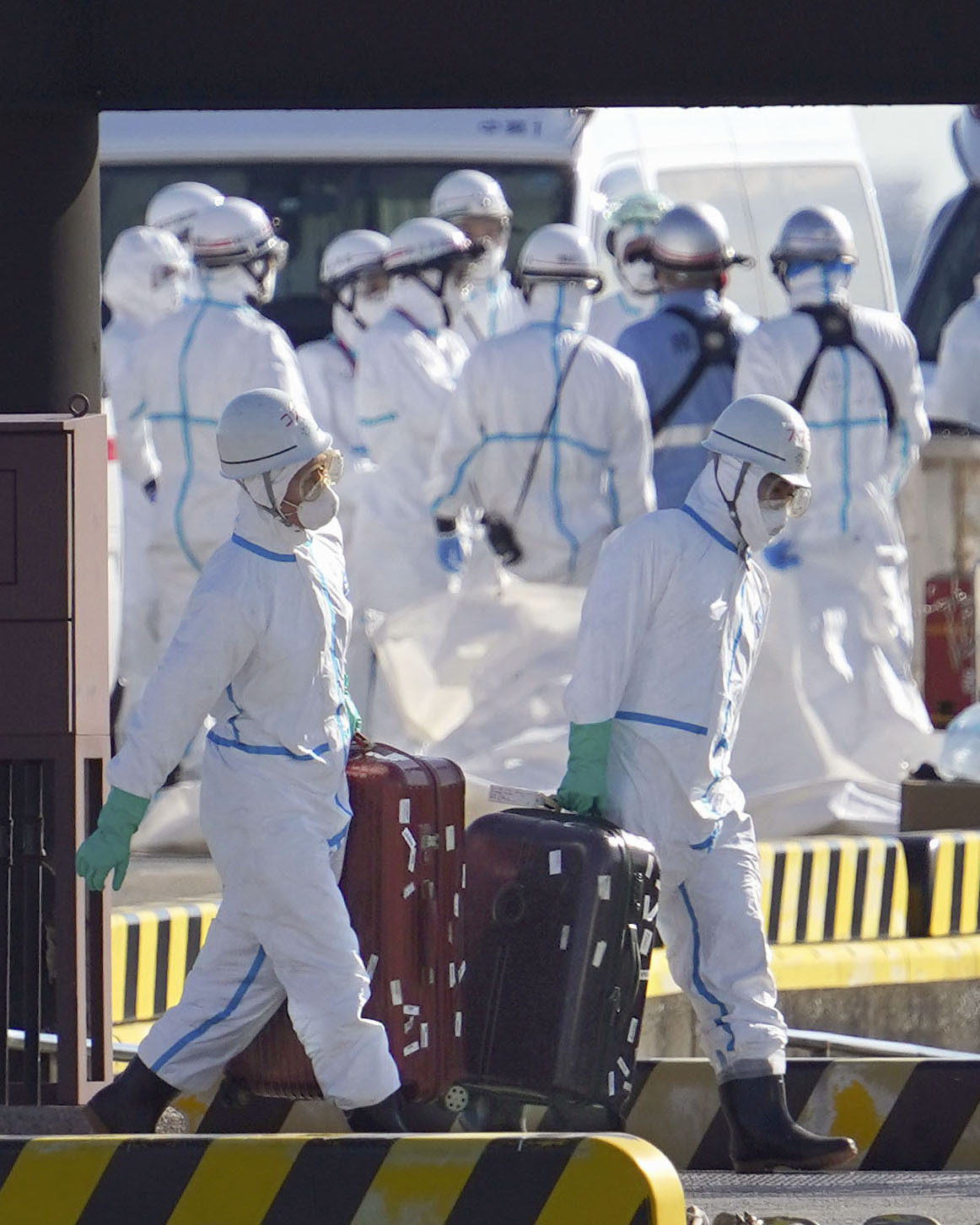 At least two Australians have tested positive for coronavirus on board the cruise ship.
KYDPL KYODO

“This includes two Australian guests, three Japanese guests, three guests from Hong Kong and one guest from the US, in addition to one Filipino crewmember.

“These 10 persons, who have been notified, will be taken ashore by Japanese Coast Guard watercraft and transported to local hospitals for care.”

The company said the vessel would remain under quarantine in Yokohama for at least 14 days.

"They will be provided medical assistance and, I'm advised, will be given passage to an appropriate medical facility in Japan, and we thank the Japanese government for that," federal Health Minister Greg Hunt told parliament on Wednesday, after being asked about the two Australians.

Foreign Minister Marise Payne said the government is inquiring into the health of the other Australians on the ship.

The next two Diamond Princess cruises, which were set to depart Yokohama on 4 February and 12 February, have been cancelled. "From around 7:30 am, we had them (the 10 who tested positive) get off the vessel, and with cooperation with the coastguard we are sending them to medical organisations," he said.

Photographs and video posted on Twitter by a passenger with the handle @daxa_tw showed masked health workers clad in blue plastic gowns walking down empty corridors as well as views of deserted lounges and a barren deck.

Carnival’s Princess Cruises Japan said cruises scheduled to depart from Yokohama on Tuesday and the western Japanese port of Kobe on Thursday would be cancelled because of delays related to the coronavirus checks.

In its daily update, the commission said there had been 65 new deaths from the virus - all in hardest-hit Hubei province, bringing the national toll to 490.

World has 'window of opportunity'

The dramatic measures taken by China to rein in the deadly new coronavirus outbreak have prevented significant spread abroad, providing a "window of opportunity" to halt transmission, the World Health Organisation said on Tuesday.

But the UN health agency's chief also called for greater solidarity, accusing some governments of wealthy countries of being "well behind" in sharing data on virus cases.

"While 99 per cent of cases are in China, in the rest of the world we only have 176 cases," WHO chief Tedros Adhanom Ghebreyesus said in a technical briefing to the WHO's Executive Board in Geneva. Dr Tedros said the WHO had received complete case report forms for only 38 per cent of the cases outside China.

"Some high-income countries are well behind in sharing this vital data with WHO. I don't think it's because they lack capacity," he said.

"Without better data, it's very hard for us to assess how the outbreak is evolving, or what impact it could have, and to ensure we are providing the most appropriate recommendations," he said. Dr Tedros said the WHO was sending masks, gloves, respirators and 18,000 protective isolation gowns to 24 countries, as well as 250,000 test kits to speed up the process of diagnosing carriers of the virus.

He also reiterated his call for countries not to impose travel and trade restrictions because of the virus.

"Such restrictions can have the effect of increasing fear and stigma, with little public health benefit," he said, adding that 22 countries had so far informed WHO they were implementing such measures.

"Where such measures have been implemented, we urge that they are short in duration, proportionate to the public health risks, and are reconsidered regularly as the situation evolves," he said.