NSW Police has taken responsibility after two international arrivals were allowed to skip hotel quarantine and board a domestic flight without an approved exemption.

Two international travellers who flew to Melbourne instead of going into hotel quarantine in New South Wales have returned two negative tests for COVID-19.

The travellers arrived in Sydney on Saturday and boarded a domestic flight to Melbourne without quarantining in NSW.

All identified close contacts of the two travellers will be able to end their current period of isolation.

More than 170 passengers and crew were forced into self-isolation on Sunday after the two arrivals boarded a domestic flight from Sydney to Melbourne instead of going into hotel quarantine.

“It is a reminder the relentless task of bringing thousands of returning Australians home each and every week, as we continue to do, working with the states and territories, is a real challenge,” Mr Birmingham told the ABC on Monday.

“It is the greatest area of potential vulnerability in terms of COVID spreading into the community.

“And it’s why there needs to be continuous work to make sure that all of the systems and checks and balances are in place to be able to do that safely. 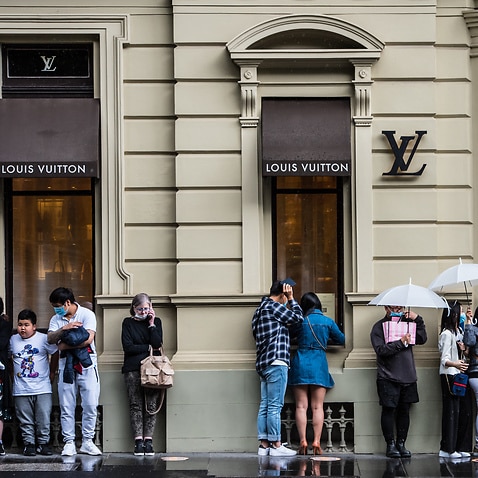 Coronavirus restrictions have eased again in Victoria and NSW. Here's what you need to know

NSW Police has accepted blame for the incident, saying officers had incorrectly allowed two German nationals to fly on to Melbourne following their arrival in Sydney on Saturday.

The two travellers - a 53-year-old woman and a 15-year-old boy - have since tested negative for coronavirus, but all passengers from Virgin flight VA838 have been told to self-isolate at home.

UPDATE: Exposure site
Anyone who travelled on Virgin Airways flight VA 838 from Sydney to Melbourne departing Sydney at 12 midday and arriving in Melbourne at 1:25pm 5/12/2020 should immediately quarantine at home and contact DHHS on 1300 651 160 for further information. pic.twitter.com/NMPsEPeIGJ

Police in a statement said the pair arrived on a flight from Tokyo and had been directed to board a bus to hotel quarantine, when they said they were booked on a flight to Melbourne.

"Police made inquiries as to travel and exemptions, which subsequently allowed the pair to travel to Melbourne on a domestic flight under standard protocols for exempt travellers," NSW Police said.

However, it later emerged that the pair did not have an approved exemption.

"The NSW Police Force has since conducted a review into the circumstances of the incident and identified police had incorrectly allowed the two travellers to proceed to Melbourne," the statement said.

"Police practices and systems at the airport have also been reviewed and strengthened as a result of this incident."

"The police officer has admitted his mistake," Deputy Commissioner Loy said on Sunday. "He should have clarified, he accepts that ... We’ll own the mistake and we’ll move forward."

He said there had been “a misunderstanding and a lack of communication”.

"It was thought by the police officer that there was actually an exemption in place,” Deputy Commissioner Loy said.

"The officer contacted the police operations centre and confirmed what the process would be under that exemption and those people were then taken to the domestic airport in Sydney and flew to Victoria.

"Once in Victoria, it was identified at the airport that these two people did not have the appropriate exemptions and of course the system then went into place and they were taken into the quarantine operation down in Victoria."

Deputy Commissioner Loy stressed that the travellers had not lied to police, and that it was just a misunderstanding, noting that the officer was “very remorseful” about the incident.

The travellers and the officer will not face any further punishment.

Victorian Health Minister Martin Foley said the 176 people on board the domestic flight would have to self-isolate until the German travellers' next tests, provided they return another negative result.

Another five people who came spoke to the German arrivals at Melbourne Airport are also required to self-isolate, while those who were at domestic terminal three on Saturday are being asked to monitor for even the mildest symptoms. 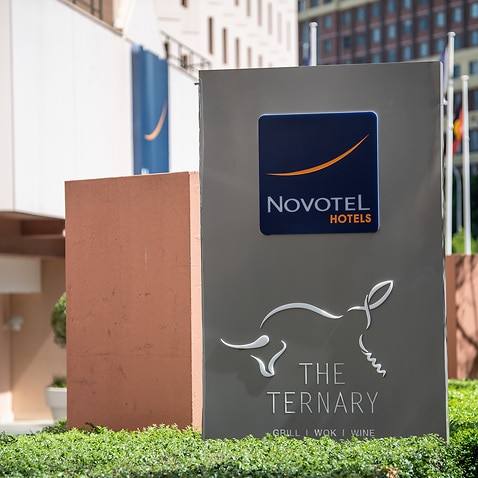 News of the quarantine bungle came as Victoria announced a loosening of mask rules and social gathering caps on Sunday as the state moves to a period long referred to as "COVID normal".

Both NSW and Victoria both went another day without any cases of locally-transmitted coronavirus on Sunday, but Mr Andrews served a stern warning.

"This thing is not done. It is not over, it can come back," he said.

"While today we can take some big steps, not to normal, but to a COVID-safe summer, we all need to remain vigilant and we all need to play our part." 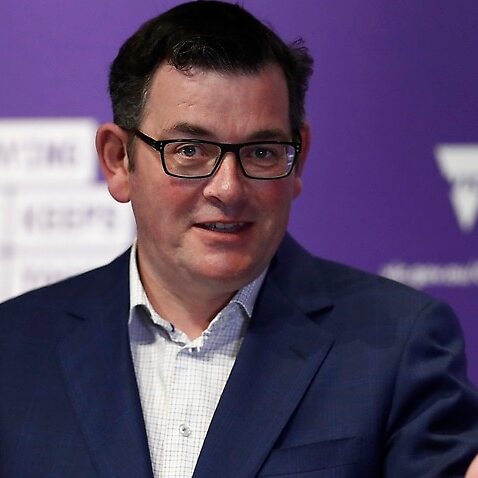 Mr Andrews confirmed that masks must still be carried at all times and worn on public transport and at indoor shopping centres and crowded places.

But from midnight on Sunday, Melburnians should use their judgment as to when masks are needed in instances where 1.5-metre social distancing can't be achieved.

Melbourne households will also be able to receive 30 visitors a day from multiple other homes. The premier also announced easing workplace restrictions from early 2021.

Western Australia remains the only state with a question mark over its border, as Premier Mark McGowan has yet to decide whether he will reopen to NSW residents as scheduled.

WA remains on track to open up to Victoria from Tuesday, dropping the 14-day requirement for travel from that state.

But a decision on whether the NSW border will reopen from the same date won't be made until Monday when further information is available on a Sydney quarantine hotel cleaner's infection. 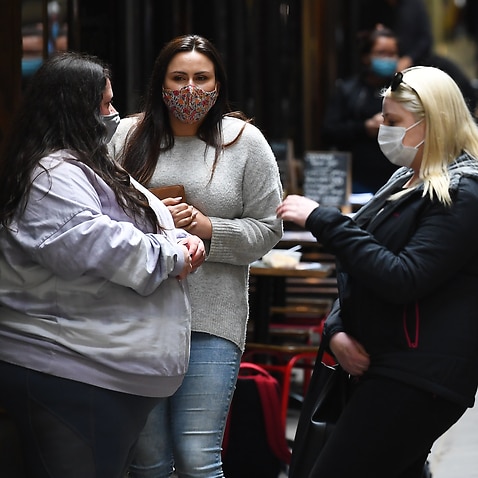 It comes despite genome sequencing revealing the woman contracted the virus at work, rather than in the community.

Travellers from NSW and Victoria have been blocked from entering WA for almost nine months unless they went into quarantine and, until recently, secured exemptions.

NSW had almost reached 30 days without a locally transmitted case when the quarantine hotel cleaner's case was confirmed, raising concerns she contracted it in the community.

But NSW Health on Saturday said the infection was likely linked to her workplace, with viral genome sequencing pointing to US origin.

With reporting by Jodie Stephens.