It takes the confirmed TTS deaths reported in Australia to five from more than 6.1 million AstraZeneca doses.

Australian officials have been notified of two more fatal cases of the extremely rare blood clotting disorder related to the AstraZeneca vaccine.

A 48-year-old woman in Victoria and a 44-year-old man from Tasmania both died after receiving their first dose, the Therapeutic Goods Administration said on Thursday.

Five confirmed thrombosis with thrombocytopenia syndrome (TTS) deaths have been reported in Australia from more than 6.1 million AstraZeneca doses.

All are linked to people receiving their first dose.

The man who died was vaccinated in a Tasmanian state vaccination clinic.

"On behalf of the Tasmanian government, and personally, I extend my deepest sympathies to the man's family, friends, and loved ones," Health Minister Jeremy Rockliff said. "It is one in a million," he said. "One is too many, but what we are trying to achieve is a balance between that rare but serious side effect and the absolute fundamental good that is vaccinating our community against COVID-19."

Pfizer remains the preferred coronavirus vaccine for Australians under 60, though they are able to access the AstraZeneca jab in consultation with their GP.

On Thursday, Prime Minister Scott Morrison urged unvaccinated Australians over 60 to get their AstraZeneca jab and everyone else to discuss getting it with their GP. 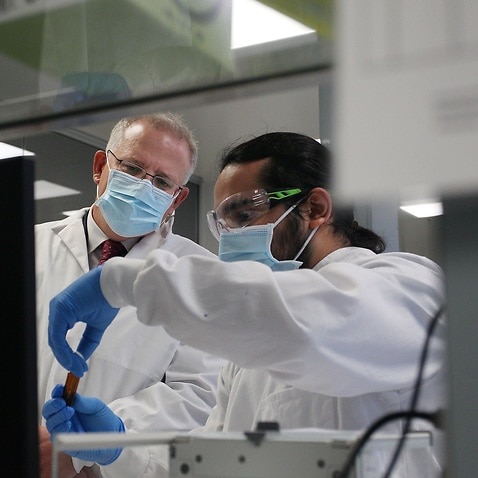 Mr Morrison said 76,595 AstraZeneca doses had been administered to people under 40 since 28 June.

He said he has also asked the Australian Technical Advisory Group on Immunisation (ATAGI) to recommend the jab to people under 60 due to recent outbreaks across NSW, Victoria and South Australia.

"When COVID cases are rising, that means people have a greater likelihood of catching COVID, particularly older people, then the balance of risk changes," he told 4BC radio. 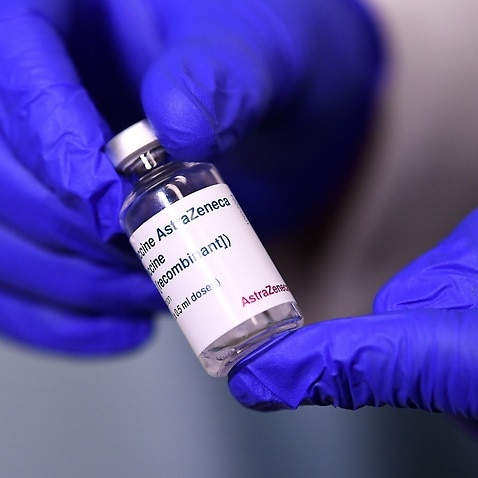 There were 124 new local cases of coronavirus recorded in NSW on Thursday, the highest since its most recent outbreak began.

NSW Premier Gladys Berejiklian said none of the state's 28 coronavirus patients in intensive care had received both doses of a vaccine.

"That is extremely encouraging. It means the vaccine is working in preventing serious illness," she said.

Just 14.5 per cent of Australians aged over 16 have been fully vaccinated almost five months after the rollout began.