Four police officers killed in a horror car crash on a Melbourne freeway have been named as tributes from across the country continue to flow.

Leading Senior Constable Lynette Taylor, Constable Glen Humphris, Senior Constable Kevin King, and Constable Josh Prestney were hit by a refrigerator truck and killed as they impounded a speeding Porsche on the Eastern Freeway at Kew on Wednesday evening.

Pusey is now in police custody, while the driver of the truck - Mohinder Singh Bajwa - was placed under police guard in hospital after suffering a medical episode at the crash site. 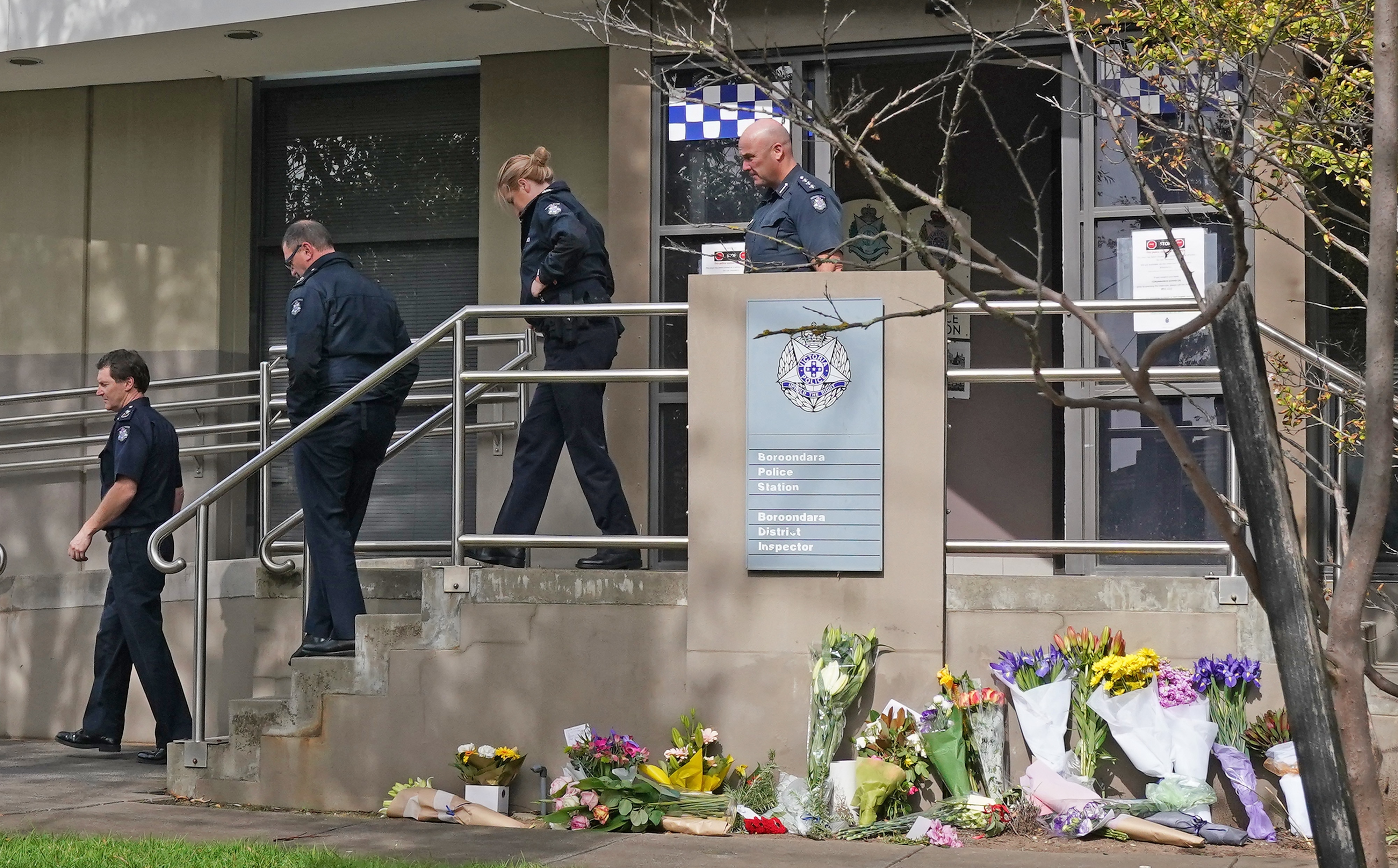 Tributes outside the Boroondara Police Station near the Chandler Highway in Kew.

Both Constable Prestney, 28, and Constable Humphris had recently graduated from the police academy and were undergoing placements as part of their probationary training. All four were members of the Road Policing Drug and Alcohol Section and Highway Patrol.

Constable Humphris, a former carpenter and personal trainer from the NSW Central Coast, graduated from the academy last month, with his squad mates remembering him as "caring and supportive with a great sense of humour".

She was a mother to two sons and at the time of her death was the primary carer for her sister who had recently suffered a stroke. "Lynette had a reputation of going in to bat for others and challenging decisions that she believed were unfair," Victoria Police said in a statement.

The fourth victim, Senior Constable Kevin King, 50, was a father of three who was described by his colleagues as an "older head with a lot of life experience who always made good judgement calls and decisions".

"Each from different backgrounds, each with different life experiences, each with a common goal to keep the community safe," Chief Commissioner Graham Ashton said.

"Their names will forever be remembered, their service honoured, and their memories celebrated."

Mr Ashton said investigations were continuing to ensure "every detail that led to this tragic outcome" is uncovered. He also thanked the community for a "remarkable and touching" outpouring of support.

Flags were flown at half-mast across Victoria on Thursday to mark the single greatest loss of life in the history of the state's police force. Some people said they had dressed in blue and put a blue ribbon on their letterbox, house or car in honour of the officers. Another called for people to fly blue balloons outside their homes.

"Your loved ones have not died in vain , they will be remembered as heroes and may you all hold your heads high and remember the remarkable officers you walked amongst," one Facebook user posted.

Victorian Premier Daniel Andrews urged all Victorians to pause and honour police officers for the work they do.

"But one thing is already clear: Though we may not yet know their names - we will always call them heroes."

More than $44,000 has been raised towards a $2 million target for the families of the deceased officers via a GoFundMe page.