The death toll caused by Typhoon Mangkhut and monsoon rains in the Philippines has reached 127, with at least 111 people still missing.

The death toll in landslides and other accidents caused by Typhoon Mangkhut and monsoon rains in the Philippines has reached 127, police say.

At least 111 people were still missing from all the incidents, according to police data.

Eighty-three of the deaths were reported from the northern Cordillera region, which was battered by Mangkhut last week. 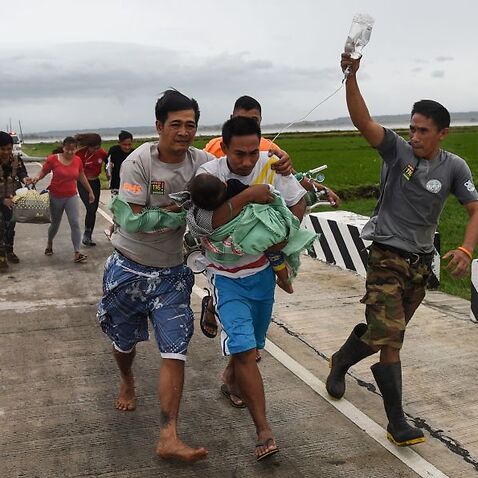 Typhoon Mangkhut: How you can help those affected

The region includes the province of Benguet where a massive landslide hit an old mining site in the village of Ucab in Itogon town, 198 kilometres north of Manila, killing at least 59 and leaving 42 still missing, police said.

Days after Mangkhut blew out of the Philippines, heavy monsoon rains triggered another massive landslide in the central province of Cebu, where 29 people have been confirmed killed, according to the national disaster risk reduction agency.

At least 57 were still missing in the landslide in a quarry site in the village of Tinaan in Naga City, Cebu province, 573 kilometres south of Manila, the agency added. 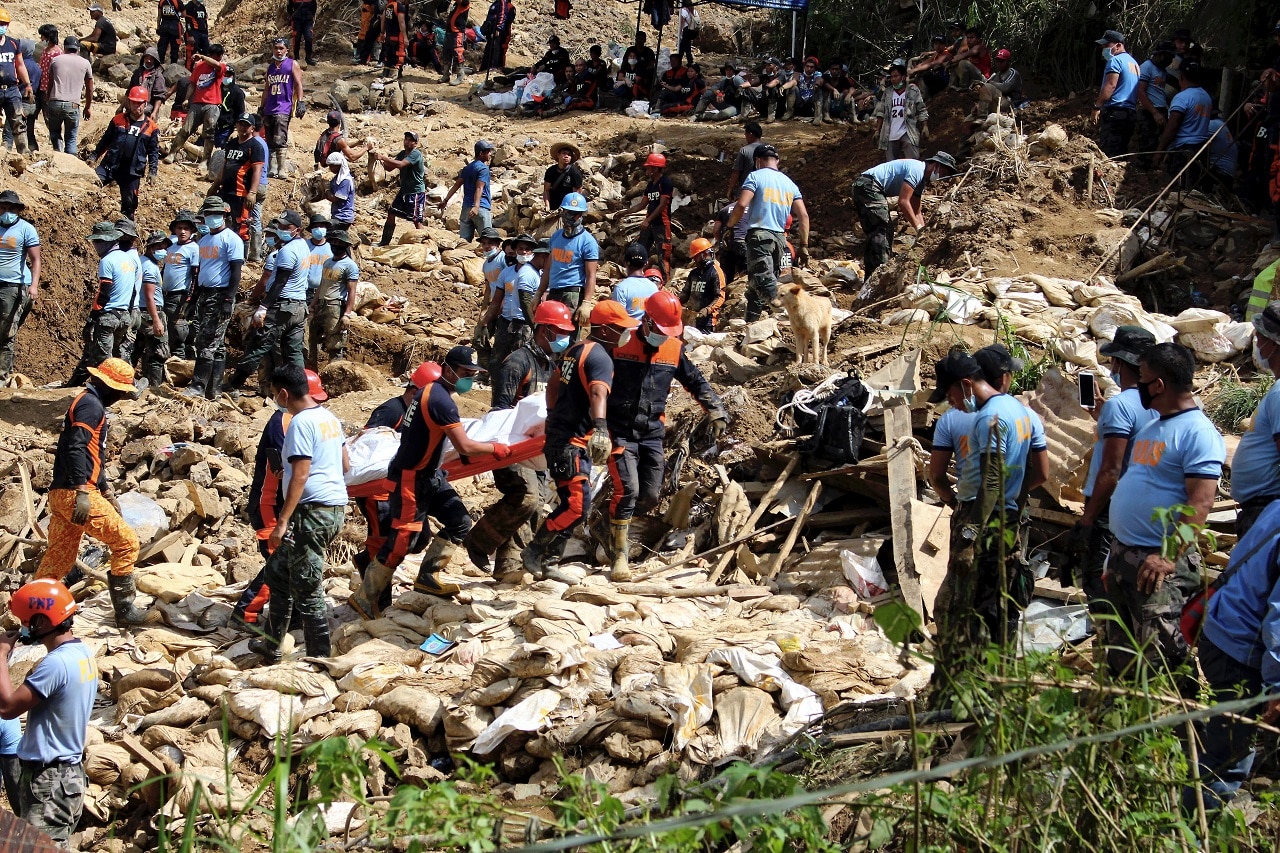 Rescuers carry a body during rescue and retrieval operation for landslide victims caused by Typhoon Mangkhut in the Philippines.
AAP

On Friday, President Rodrigo Duterte visited Naga City and condoled with the families of the victims of the landslide in Tinaan village, according to presidential adviser Christopher Go.

Duterte ordered government agencies to "ensure that the medical needs of the victims are attended to, and funeral and burial assistance to all the victims are provided," Go said.

The Philippines is hit by an average of 20 cyclones every year, causing floods, landslides and other accidents.

One of the strongest in recent memory, Typhoon Haiyan, hit the country in November 2013, killing more than 6,300 people and displacing more than 4 million.