Reports suggest up to one million Uyghurs may be held in detention.

Australia is being urged join the push for economic sanctions against China over the mass detention of Uighur Muslims in Xinjiang.

Australia’s Uighur diaspora has urged the government to follow the lead of US senators who called the treatment of the minority group a "human rights crisis".

In Australia's 2016 Census, 1,051 people identified "Uighur" as one of their ancestries, but surveys by The East Turkistan Australian Association suggest around 4,000 Uighur Muslims now call Australia home.

Last month, a UN human rights panel said it had received credible reports up to one million Uyghurs may be held in detention, claims China dismissed.

Reports say the secret “internment camps” are designed to rid the Muslim Turkic minority of their devotion to Islam and swear loyalty to China's President Xi Jinping. 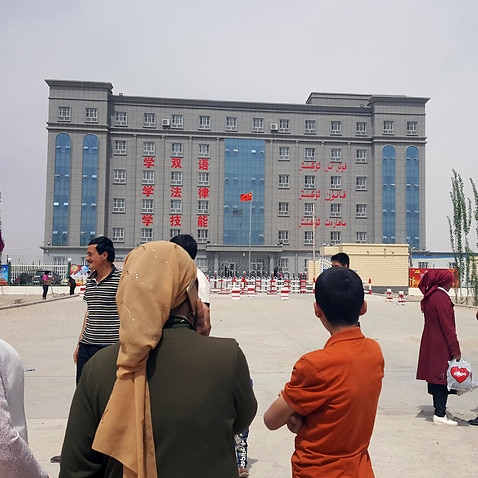 Why China is detaining Muslims in vast numbers

Nurmuhammad Tukistani from the East Turkistan Australian Association said the treatment of Uighurs by Chinese officials has taken a huge toll on the mental health of those in the local community.

"The daily trauma that we carry about the situation is deeply affecting our lives, our work, our eating our social interactions," he told SBS News.

"I am a father of four; I had to give up my job … because I can't deal with the recurrence of the atrocities. The trauma has deeply affected me; both the mental side, the physical and emotional side.”

The association has presented a petition with 10,000 signatures to parliament, calling on the Australian government to apply pressure to end the detention policy in Xinjiang.

A spokesperson from the office of Foreign Minister Marise Payne said consular officials have raised the issue with their Chinese counterparts.

"The Australian Government is concerned about the situation in China’s Xinjiang Uyghur Autonomous Region," said the statement provided to SBS News.

"Our officials have conveyed these concerns to China on a number of occasions, including concerns over relatives of Uyghur Australians."

The calls for sanctions follow the release of a report by Human Rights Watch (HRW), documenting the impact of the crackdown.

Former detainee Tohti was quoted in the report as saying: "[W]hat they want is to force us to assimilate, to identify with the country, such that, in the future, the idea of Uighur will be in name only, but without its meaning".

“Abuses in Xinjiang are already affecting foreign nationals or families of those living abroad. People are being detained for having families abroad,” she said.

China's foreign ministry has rejected the report, saying HRW is "full of prejudice".

Its spokesman Geng Shuang said: "The series of policy measures put in place in Xinjiang are aimed at promoting stability, development, unity and livelihoods, and at the same time are to crack down in accordance with the law against ethnic separatism and violent terrorist criminal activities, to protect the country's security, people's lives and property." 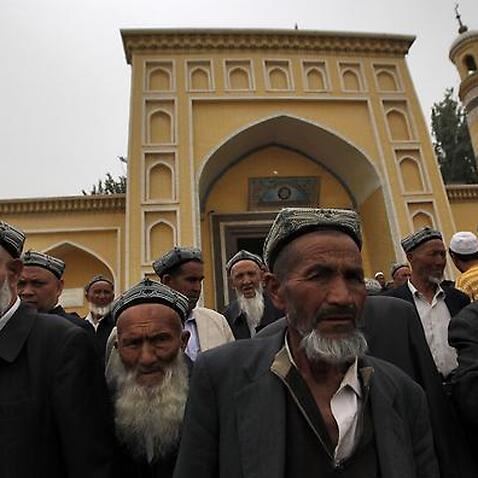 She said the official narrative from the Chinese government belies its deeper motivation to protect "territorial integrity".

"The official narrative from the Chinese state is that [the Xinjiang region] has been part of the official motherland since ancient times and it is full of multi-ethnic harmony.

"But it is simply not the case … They very concerned that a place like Xinjiang - very similar to Tibet, Inner Mongolia and Taiwan - that these provinces or regions may breakaway; and they'll lose the territory in the process.

"Xinjiang is home to an abundance of natural resources, so they're wanting to maintain those." 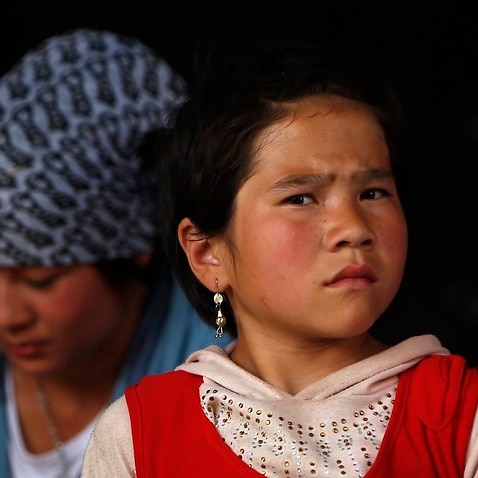 US politicians have suggested the Trump administration cut off the provision of the technology used in the surveillance of Uighurs.

Dr Hayes said for any sanctions to be effective, Australia would achieve more by acting together with nations like the US.