As reports emerge that Indonesian authorities have again been escalating violence towards West Papuans in recent weeks, UK Labour Leader Jeremy Corbyn has called for the United Nations to help supervise a vote of independence in the region.

Britain’s opposition Labour Party leader Jeremy Corbyn has pledged his support for a United Nations supervised vote of independence in the region of West Papua.

At a function attended by Pacific region leaders, Corbyn said his party would make human rights a “cornerstone” of their foreign policy if elected, The Guardian reports.

Corbyn, the co-founder of the International Parliamentarians for West Papua group, urged the international community to assist the western half of the island shared with Papua New Guinea gain independence from Indonesian rule. 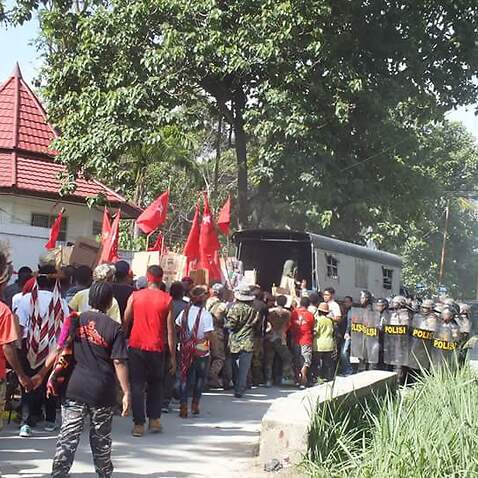 “It’s about a political strategy that brings to worldwide recognition the plight of the people of West Papua, forces it onto a political agenda, forces it to the UN, forces an exposure of it and ultimately that allows the people of West Papua to make the choice of the kind of government they want and the kind of society in which they want to live. That is a fundamental right.”

The comments follow reports that Indonesian authorities have again been escalating violence towards West Papuans in recent weeks.

Indonesia took complete governance of West Papua in 1969, a region that was previously colonised by the Dutch. The election was deemed illegitimate as only a handful of the population were included in voting procedures, but their rule has continued to the present-day.

West Papuan independence leader Benny Wenda told The Guardian the United Nations should do their duty by helping his nation secure independence.

“For 50 years Indonesia massacred my people, 500,000 people. We need international peacekeeping force in West Papua. In maybe another 10 or 20 or 50 years time I think my people will become a minority. We need this as soon as possible.”

The Indonesian Embassy in Australia has released a statement saying the claims made by both party leaders are untrue.

“President Jokowi is mobilising resources of the nation to deliver much needed infrastructure and public services in Papua,” the statement says.

“However, cases of violence are still a challenge. For example cases killed civilians, members of security authorities and separatists. Many cases are brought to court. And more to be brought to justice. President Jokowi is personally looking after human rights protections.”