The United Kingdom has signed an extradition order for Wikileaks founder Julian Assange to be sent to the United States.

British Home Secretary Sajid Javid says he has approved the extradition of WikiLeaks founder Julian Assange to the United States, telling the BBC that it will be up to the courts to decide the next step.

Mr Javid told the broadcaster that the 47-year-old Australian citizen was "rightly behind bars". 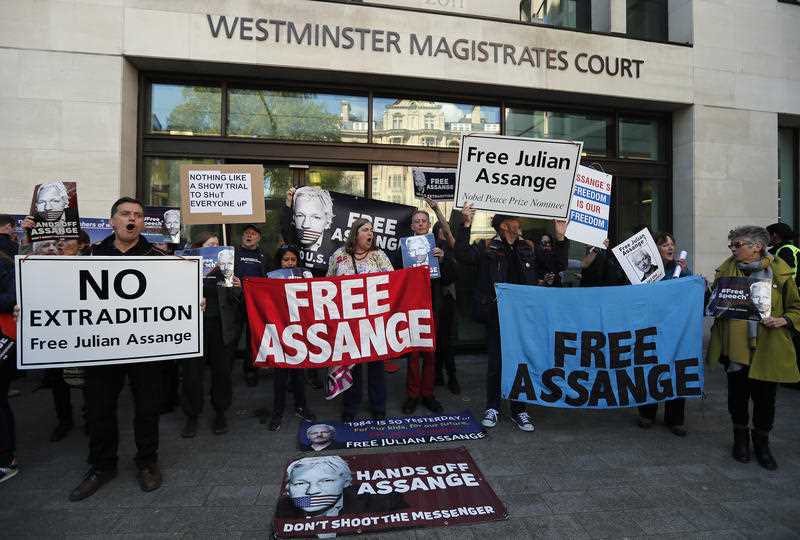 The US is seeking to extradite Assange for alleged computer hacking.
AAP

The US government has accused Mr Assange of conspiring with former US military intelligence analyst Chelsea Manning to leak a trove of classified material in 2010.

He has been held at London's Belmarsh prison since police dragged him from the Ecuadorian embassy in London on 11 April.

He had spent seven years inside the embassy to avoid arrest. Mr Assange was sentenced to 50 weeks in prison on 1 May after he was found guilty of breaching bail conditions related to an earlier extradition request from Sweden, which had wanted him to answer allegations of rape and sexual assault.

After visiting him at the prison hospital on Tuesday, Chinese dissident artist Ai Weiwei reported that Assange's health is "deteriorating".