He set up Brisbane's first Hindu temple, liaised with Indian students in a time of tension, and now he's been awarded a Medal of the Order of Australia for his dedication to multiculturalism.

Every Tuesday evening - "rain, hail or shine" - Umesh Chandra goes to his temple to pray.

It is a modest Hindu temple on a quiet street in Boondall, a northern suburb of Brisbane.

Named after the Goddess Gayatri, the temple is decorated with pictures of the deity and Mr Chandra said the story of how the temple came to be is one that is close to his heart.

"This is where our journey started...right in this street," he told SBS News.

"When we used to drive down here, there was just overgrown grass, and all of a sudden we saw a 'for sale' sign...I’ve been involved with the temple from that day."

'We used to hire out whatever we could'

When Mr Chandra migrated to Australia with his wife Usha in 1987 from Rajasthan in India, they originally moved to Sydney. 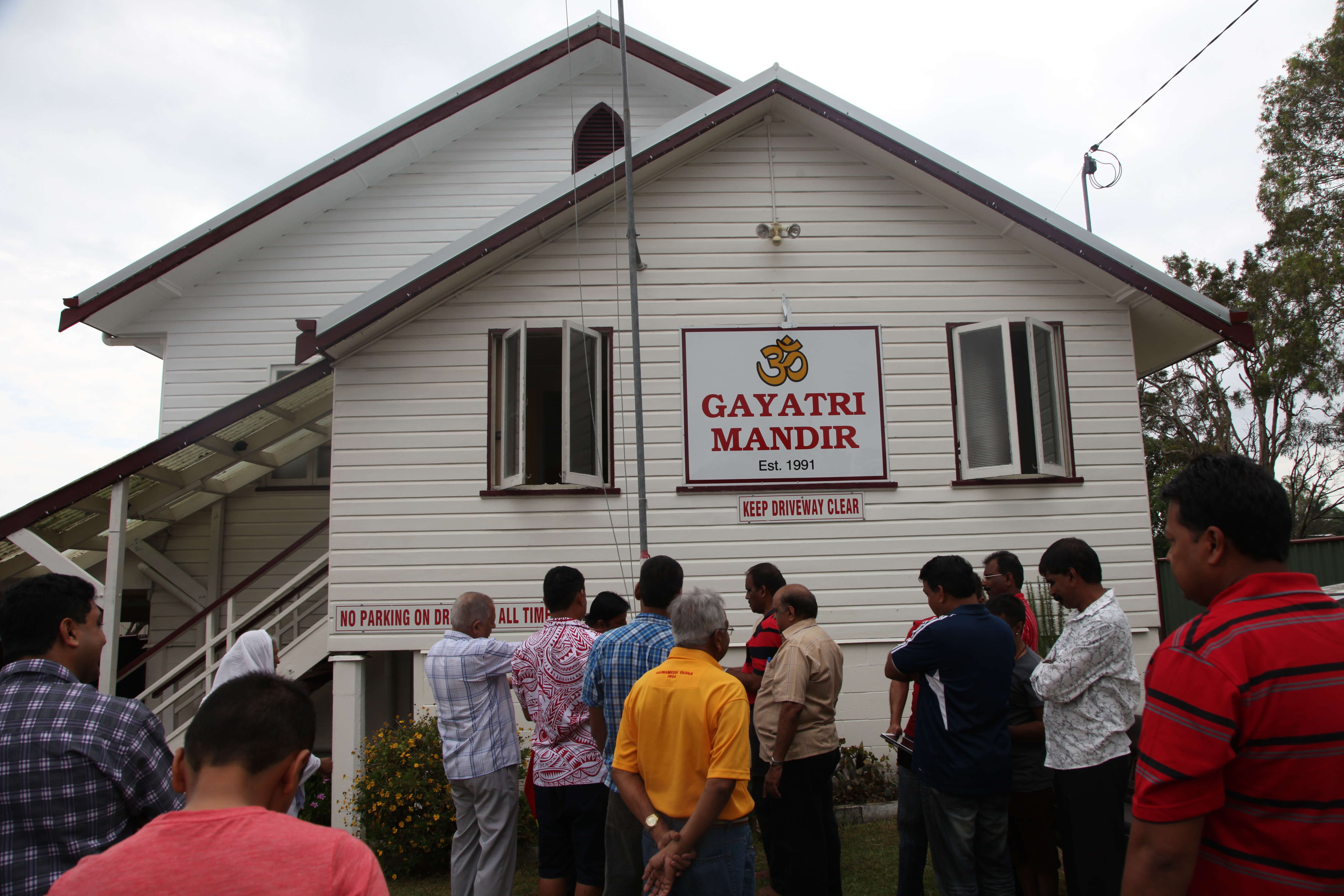 But after a visit to Brisbane they liked it so much that "we are still here", Mr Chandra recalls.

The problem he encountered in Brisbane in 1988, however, was that there were no Hindu temples.

Desperate to express their faith, Mr Chandra said worshippers - including him and his wife - would get creative. "We used to hire out whatever we could: a community hall, or a school hall, or many people used to have gatherings at their houses," he said.

"If someone had a two-car garage, they'd convert the garage into a prayer place for that night."

But it was that overgrown street in Boondall where Mr Chandra gathered a group of colleagues, and together, they put a bid on the house. 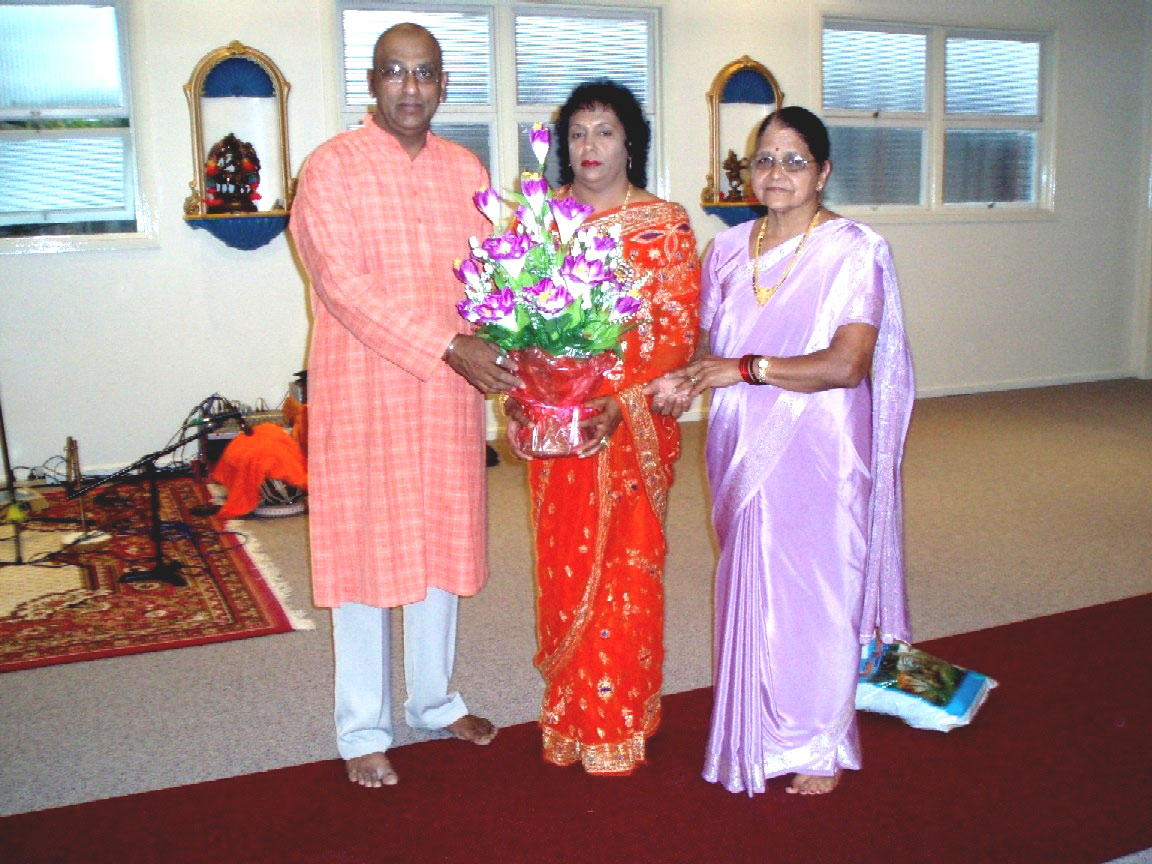 Umesh and his wife Usha (c) when the temple opened.
Supplied

Before long, it became Brisbane's first Hindu temple. This weekend the temple is celebrating its 28th anniversary.

Honoured for his work

They will also be celebrating Mr Chandra being named as a recipient of the Medal of the Order of Australia, awarded for his service to the multicultural community of Queensland.

After becoming a founder member and president of the Hindu Society of Queensland, the father-of-two and grandfather-of-three has spent his spare time heavily involved in the state's multicultural community, wanting to improve the lives of new migrants and create better understanding between people.

In 2009, during a spike in crimes and robberies against Indians in Melbourne and Sydney, which garnered international attention, the Queensland government appointed Mr Chandra as the Indian Students Liaison Officer. 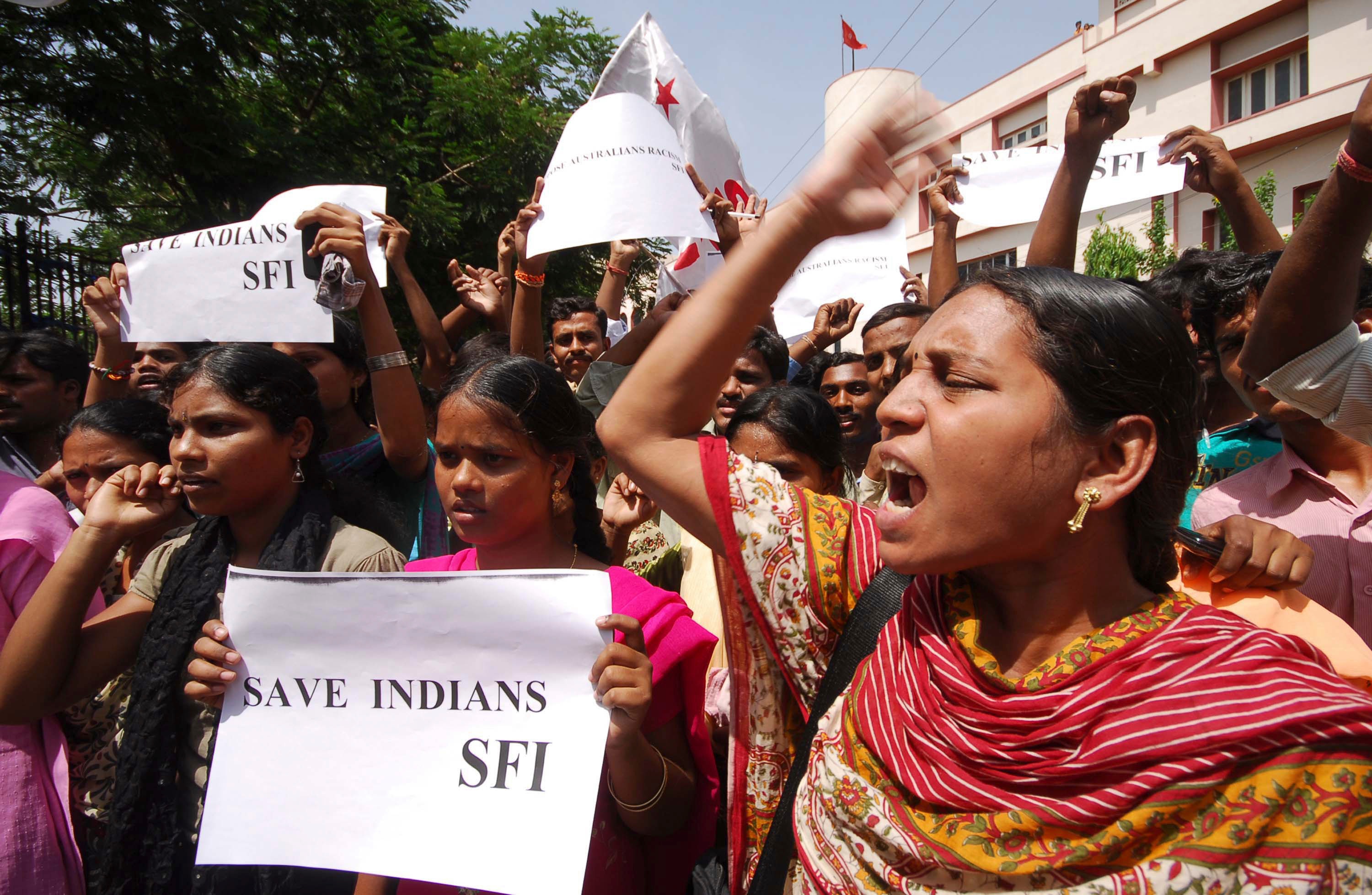 Members of the Students Federation of India protest in Hyderabad in 2009 after Indian students were attacked in Australia.
AAP

"My role was to liaise with the students and see if there were challenges that they were facing and also work with the Queensland Police," Mr Chandra said.

Working with the police

He says the Queensland government's proactive approach to the tensions meant much less violence took place in the state.

"We managed to control and curb it," he said.

"We raised awareness with the students how to stay safe, where to find support mechanisms, and what are the organisations here that can help them."

Mr Chandra is a leader in the community.
Supplied

The Queensland Police Indian Reference Group - which was formed during this time - still exists today, but Mr Chandra said it hadn't been really needed for some time.

Mr Chandra says his work liaising with new migrants at that time was usually a rewarding experience, but at times would be tough.

He says he was involved with sending numerous bodies back to India after some had died from suicide.

"The students who were coming here at that time, one of their main aims, and still is for a lot of students coming to Australia is that one day they'd like the opportunity to stay here," he said. 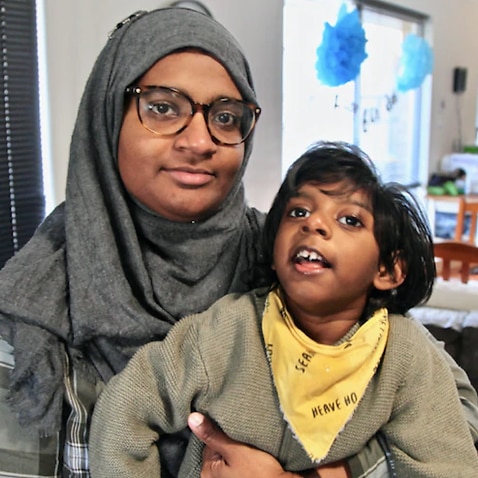 "To get to that point, they use each and every means that's available to them. But in some cases, their visas expire and they have to be sent back."

That is why Mr Chandra said working with migrants to make sure their paperwork is up to date, and their mental health is in check is very important to him.

The importance of 'interfaith harmony'

Just last year, Mr Chandra and his wife Usha were jointly awarded Brisbane Citizen of the Year for their work, not only in the Indian community but across all religious groups. 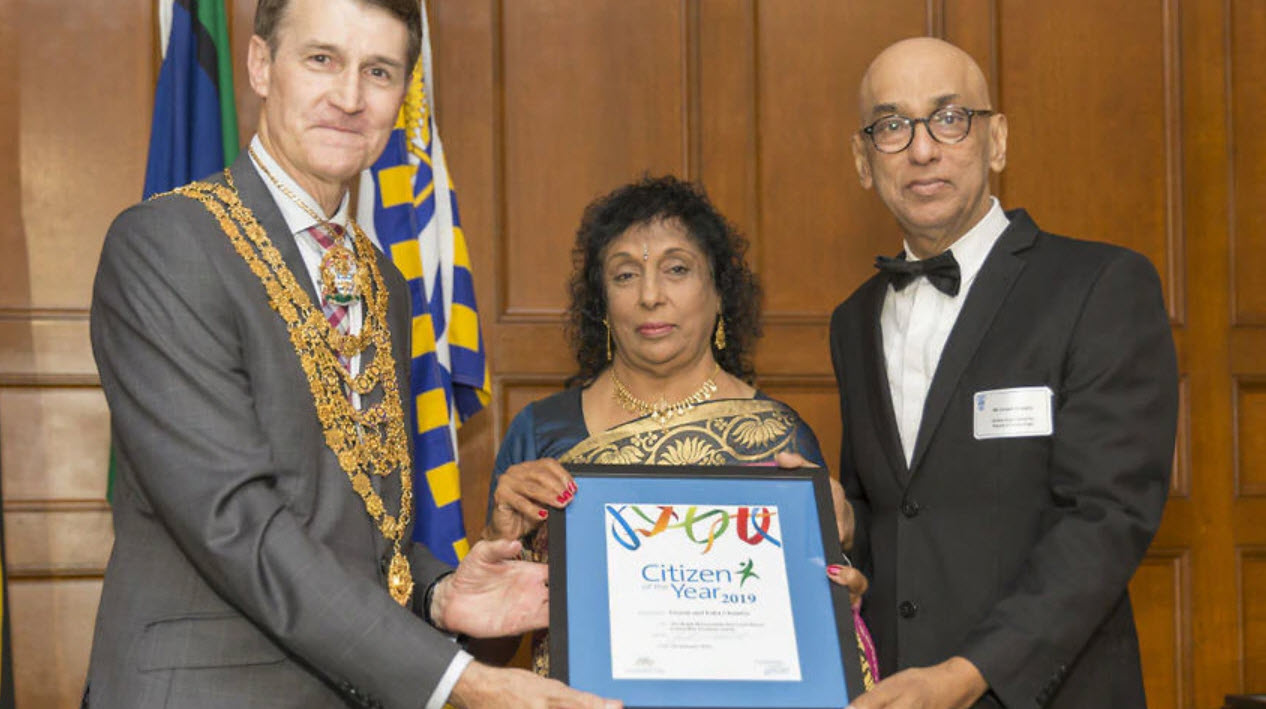 "Religious and interfaith harmony is something very important to me," Mr Chandra said.

"You get a wider knowledge, you start looking at things differently, you come out of the tunnel."

He hopes through his numerous roles, including being president of the Queensland Multicultural Council, he will promote social harmony in the state - things he said he couldn’t do without the help of his wife.

"I wouldn't be able to do what I've done if it wasn't for her. She's always the driving force, and she's always been there supporting," he said.

But for all the things he has done - all the awards and accolades - when asked what is his biggest achievement, his answer circles back to the beginning. 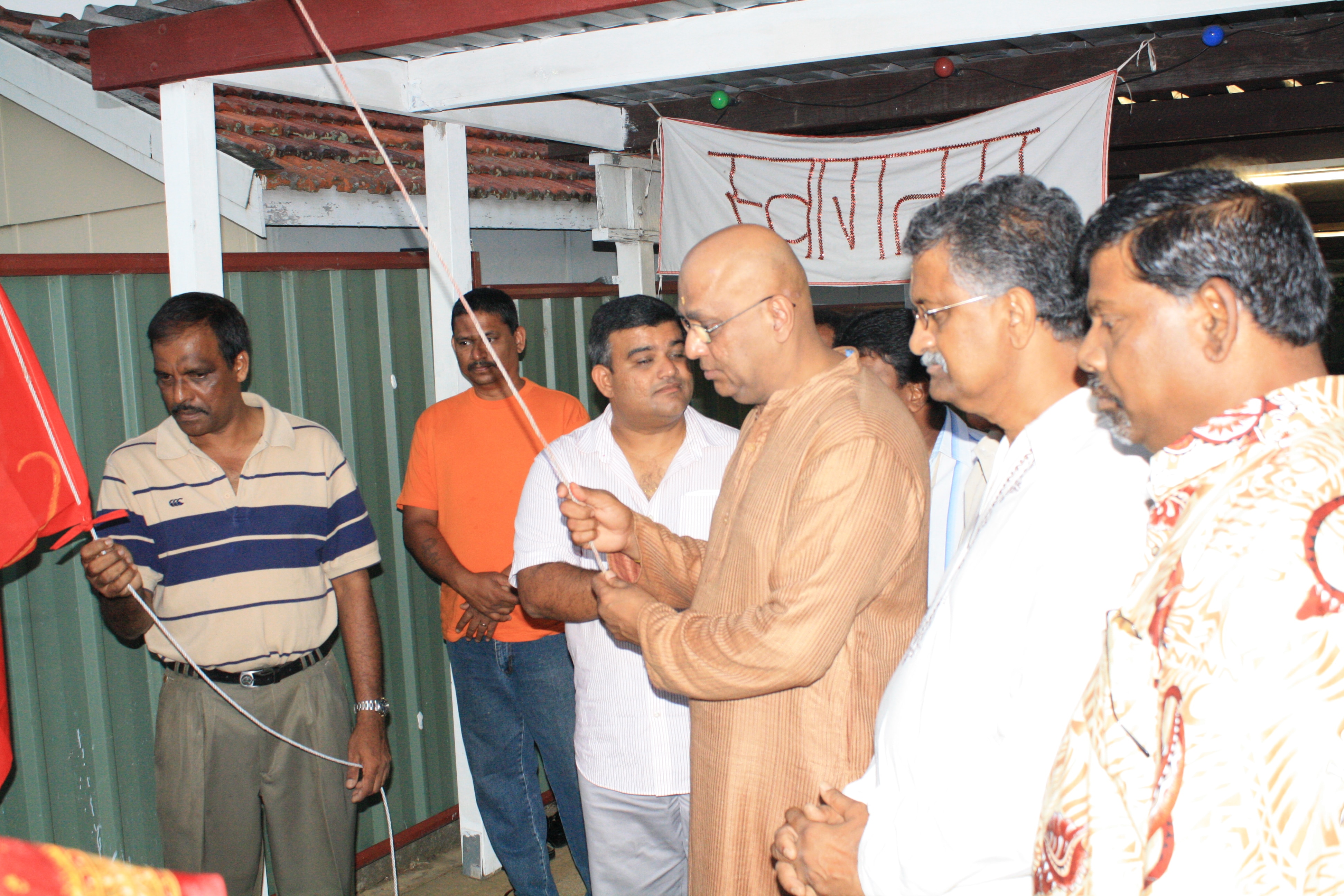 "My biggest achievement is this temple," he said, smiling.

"I'm so grateful that there's a place where I can come every Tuesday night and a place where you feel very much like you're apart of it, that this is you, this is where you belong."

This story touched on tough topics. Readers seeking support can contact Lifeline crisis support on 13 11 14, Suicide Call Back Service on 1300 659 467 and Kids Helpline on 1800 55 1800 (for young people aged 5 to 25). More information is available at Beyond Blue.org.au and lifeline.org.au.