At least 54 people have been killed and over 1,700 detained since Myanmar's 1 February coup, the UN rights chief said on Thursday, demanding that the military "stop murdering" protesters.

The comments come after the deadliest day of protests in Myanmar, with at least 38 dead Wednesday in rallies where security forces were seen firing into crowds.

"Myanmar's military must stop murdering and jailing protesters," she said in a statement.

"It is utterly abhorrent that security forces are firing live ammunition against peaceful protesters across the country," she added. People lighting candles to pray for protesters who have died in demonstrations against the military coup in Myanmar.
Sipa USA

Ms Bachelet added that she was "also appalled at the documented attacks against emergency medical staff and ambulances attempting to provide care to those who have been injured".

The UN rights office said it had corroborated information that at least 54 people had been killed by police and military officers since 1 February.

"The actual death toll, however, could be much higher as these are the figures the office has been able to verify," it stressed.

The killings have escalated sharply in recent days.

The rights office had verified 30 of the 38 deaths reported by other UN entities on Wednesday, saying the killings by security forces had taken place in Yangon, Mandalay, Sagaing, Magway and Mon. 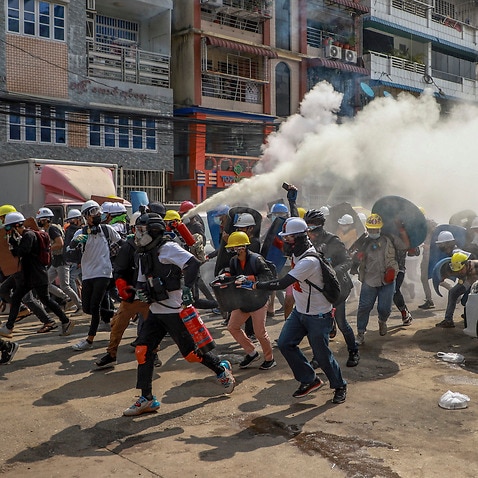 With 38 people killed, Myanmar sees its 'bloodiest day since the coup'

Another person was documented killed on Tuesday and 18 people on Sunday, with five prior to that.

It said it was difficult to document injuries, but that "at a minimum, hundreds have been wounded during protests".

Since the coup, more than 1,700 people have also been "arbitrarily arrested and detained in relation to their participation in protests or engagement in political activity," the statement said.

At least 700 people were detained on Wednesday alone, with many of them reportedly swept up as soldiers and police conducted door-to-door searches.

"Many of the arbitrary arrests and detentions that have been carried out since February 1 may constitute enforced disappearances," Ms Bachelet warned, calling for the immediate release of all those who remain arbitrarily detained. 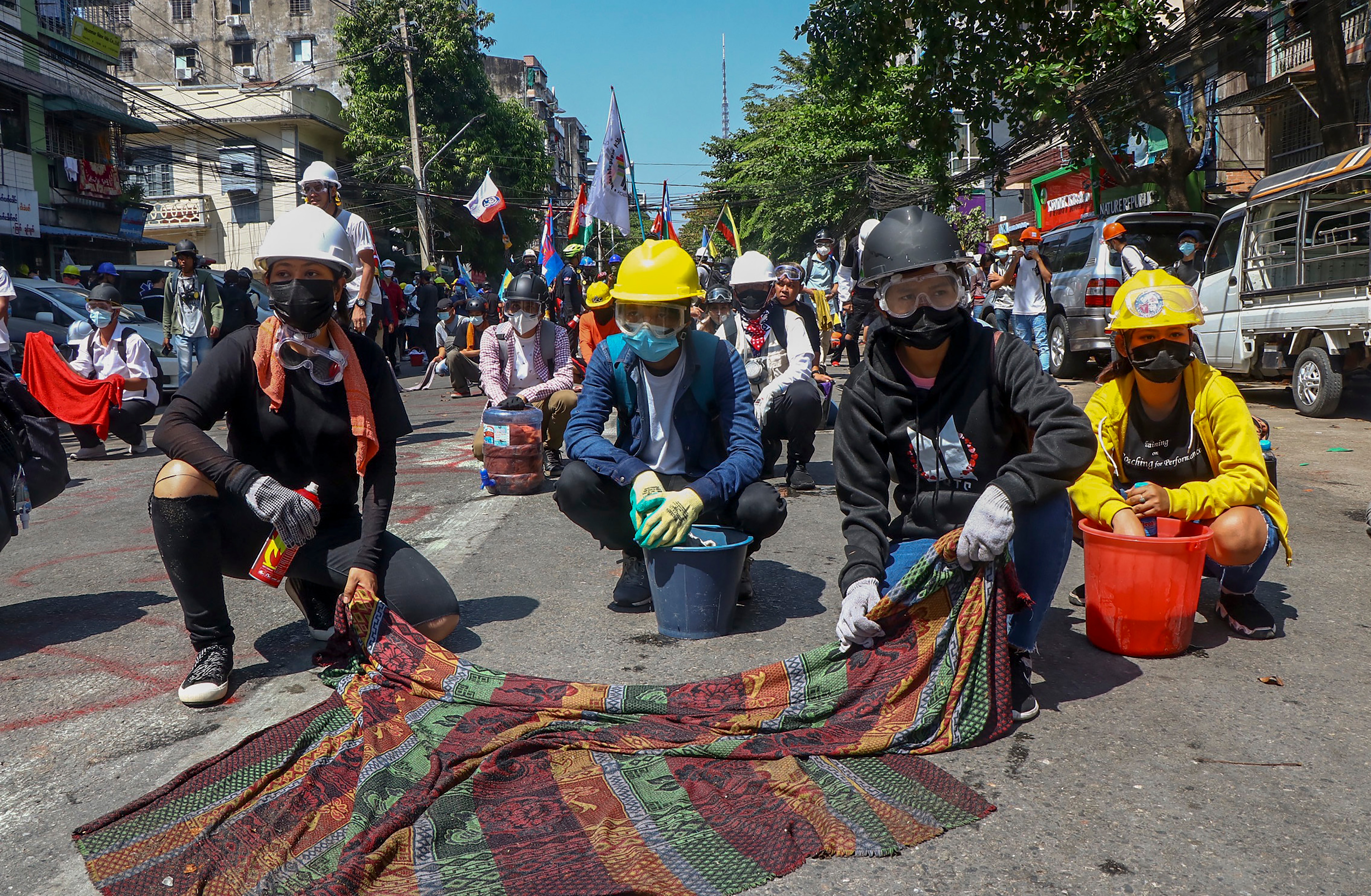 Anti-coup protesters stand by with wet-fabrics to counter tear-gas canisters during a demonstration in Yangon, Myanmar.
AAP

She also expressed alarm at the targeting of media workers, with at least 29 journalists arrested in recent days, eight of whom had been charged with crimes, including inciting opposition or hatred of the government and attending unlawful assemblies.

"I urge all those with information and influence... to support international efforts to hold military leaders accountable for the serious human rights violations that have been committed both now and in the past," Bachelet said.

"This is the moment to turn the tables towards justice and end the military's stranglehold over democracy in Myanmar."