Turkish President Tayyip Erdogan has brushed aside international warnings not to change the status of the nearly 1,500-year-old monument that is revered by Christians and Muslims alike.

The UN's cultural agency UNESCO said it deeply regretted Turkey's decision to turn the Hagia Sophia in Istanbul from a museum into a mosque, lamenting there had been no prior dialogue on the status of the former Byzantine cathedral.

UNESCO chief Audrey Azoulay "deeply regrets the decision of the Turkish authorities, taken without prior dialogue, to modify the status of the Hagia Sophia," the UN agency said in a statement,

It added that she had expressed her concern to the Turkish ambassador to the body. 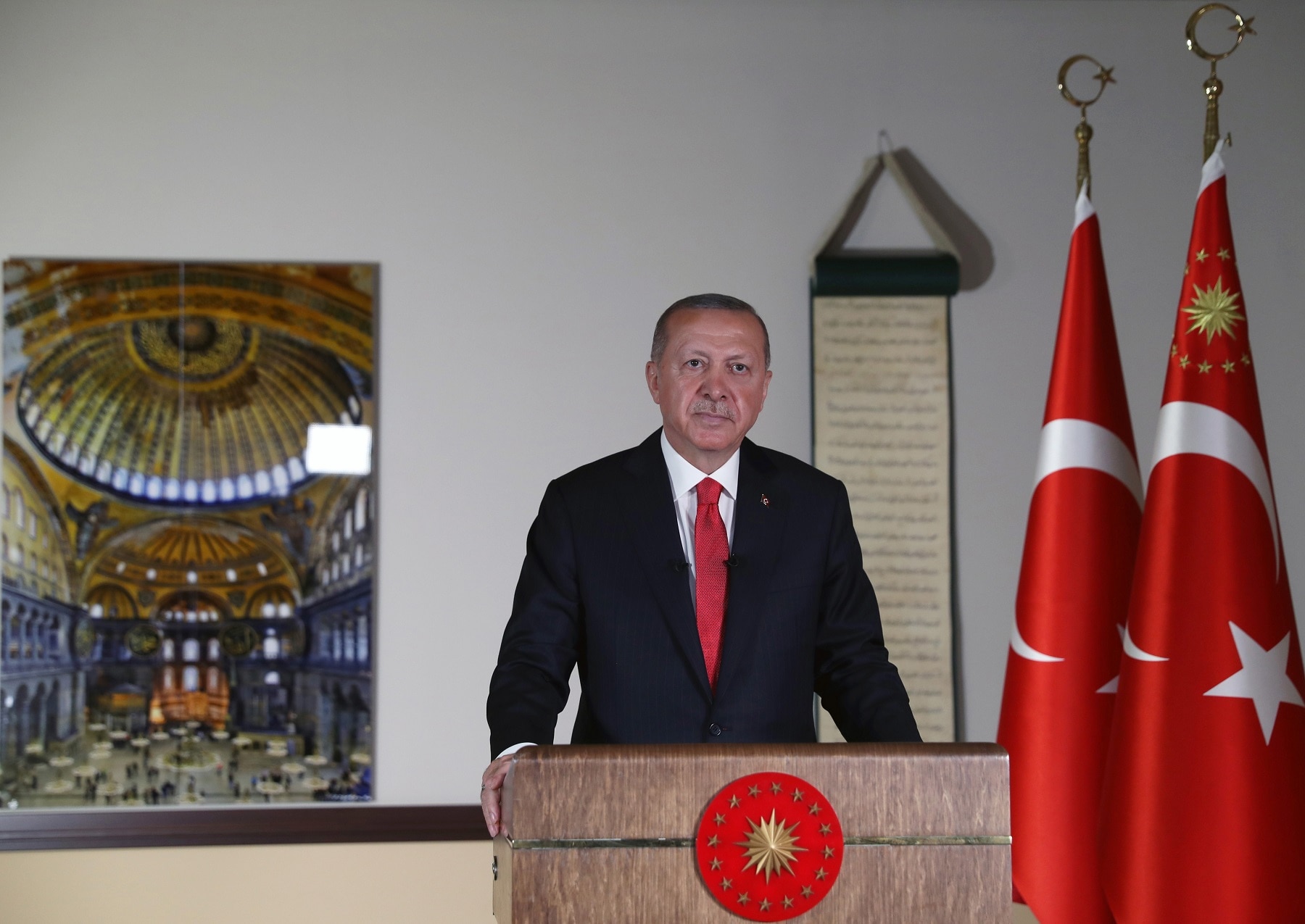 The Hagia Sophia was first a cathedral, then made into mosque after the conquest of Istanbul by the Ottomans, but then a secular museum for all in modern Turkey.

It is inscribed as a UNESCO World Heritage site as part of an area of the city designated as "Historic Areas of Istanbul."

UNESCO warned that the move risked harming the universal nature of Hagia Sophia as a place open to all of civilisation, a key aspect of its World Heritage status.

It said that any modification requires prior notification to UNESCO and possibly examination by its World Heritage Committee, which adds - and sometimes removes - sites from the coveted list of UNESCO World Heritage.

"This decision announced today raises the issue of the impact of this change of status on the property's universal value," said UNESCO.

It warned that the "state of conservation" of the Hagia Sophia would be examined by the World Heritage Committee at its next meeting.

"UNESCO calls upon the Turkish authorities to initiate dialogue without delay, in order to prevent any detrimental effect on the universal value of this exceptional heritage," the statement said.

It warned that changes to physical access or structure of the building could constitute violations of the 1972 World Heritage Convention. 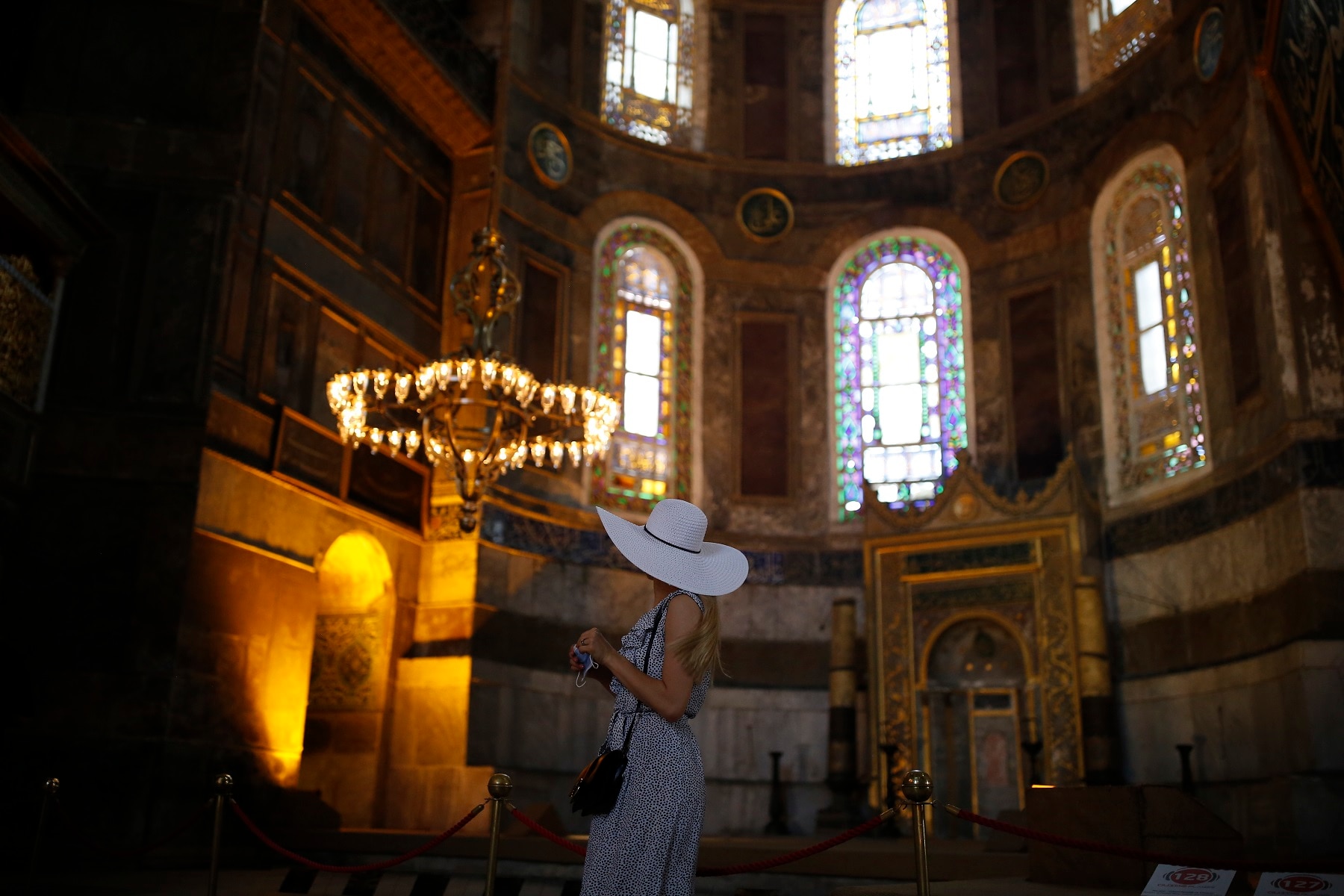 The Council of State, Turkey's highest administrative court, had unanimously cancelled a 1934 cabinet decision making the Hagia Sophia a museum.

Turkish President Recep Tayyip Erdogan then announced that the Hagia Sophia would be reopened for Muslim worship on July 24.

"Hagia Sophia is an architectural masterpiece and a unique testimony to interactions between Europe and Asia over the centuries," said Azoulay.

"Its status as a museum reflects the universal nature of its heritage, and makes it a powerful symbol for dialogue," she added.

The United States, Russia and church leaders were among those to express concern about changing the status of the UNESCO World Heritage Site, a focal point of both the Christian Byzantine and Muslim Ottoman empires and now one of the most visited monuments in Turkey.

Greece’s culture ministry described the court decision as an “open provocation” to the civilized world, while UNESCO said it regretted it was not notified ahead of time and would now review the building’s status.

The US State Department, which had urged Turkey to maintain the building as a museum, said in a statement it was “disappointed” by the decision but looked forward to hearing the plans “to ensure it remains accessible without impediment for all.”

The association which brought the court case, the latest in a 16-year legal battle, said Hagia Sophia was the property of Sultan Mehmet II who captured the city in 1453 and turned the already 900-year-old Greek Orthodox cathedral into a mosque. Turkey's highest administration court has ruled that the museum can be turned into a mosque again.
AAP

The Ottomans built minarets alongside the vast domed structure, while inside they added panels bearing the Arabic names of God, the Prophet Mohammad, and Muslim caliphs. The golden mosaics and Christian icons, obscured by the Ottomans, were uncovered again when Hagia Sophia became a museum.

In its ruling the Council of State, Turkey’s top administrative court, said: “It was concluded that the settlement deed allocated it as a mosque and its use outside this character is not possible legally.

“The cabinet decision in 1934 that... defined it as a museum did not comply with laws,” it said, referring to an edict signed by Ataturk.

Mr Erdogan, a pious Muslim, threw his weight behind the campaign before local elections last year which dealt a painful blow to his ruling Islamist-rooted AK Party. Members stood and applauded in parliament on Friday when his decree was read out.

In Istanbul, hundreds of people gathered near Hagia Sophia to celebrate the ruling. “Those who built this did it to worship God as well,” said Osman Sarihan, a teacher.

“Thank God today it reverted to its main purpose. Today God will be worshipped in this mosque.”

By reversing one of Ataturk’s most symbolic steps, which underlined the former leader’s commitment to a secular republic, Mr Erdogan has capped his own project to restore Islam in public life, said Soner Cagaptay, director of the Turkish Research Program at the Washington Institute for Near East Policy.

“Hagia Sophia is the crowning moment of Mr Erdogan’s religious revolution which has been unfolding in Turkey for over a decade,” he said, pointing to greater emphasis on religion in education and across government. The Russian Orthodox Church said it regretted that the court did not take its concerns into account and said the decision could lead to even greater divisions, the TASS news agency reported.

Previously, Ecumenical Patriarch Bartholomew, the spiritual head of some 300 million Orthodox Christians worldwide and based in Istanbul, said converting it into a mosque would disappoint Christians and would “fracture” East and West.