Unions are claiming the federal government has overseen the largest decline in living standards in 30 years, with rallies organised in 14 centres across the nation.

More than an estimated 50,000 people have flocked to Melbourne's CBD to join the Australian Council of Trades Union’s (ACTU) 'Change the Rules' march, resulting in road closures.

The massive demonstration kicked off at 10.30am on Wednesday, with unionists and supporters meeting outside the Trades Hall in Melbourne's CBD before marching down city streets and ending at the state parliament.

Time to turf out the conservatives and change the rules.

Victorian Premier Daniel Andrews marched alongside the workers, who called for decent wages and a return to penalty rates.

Speaking before the march, Trades Hall secretary Luke Hilakari thanked the Premier for attending, according to The Age. 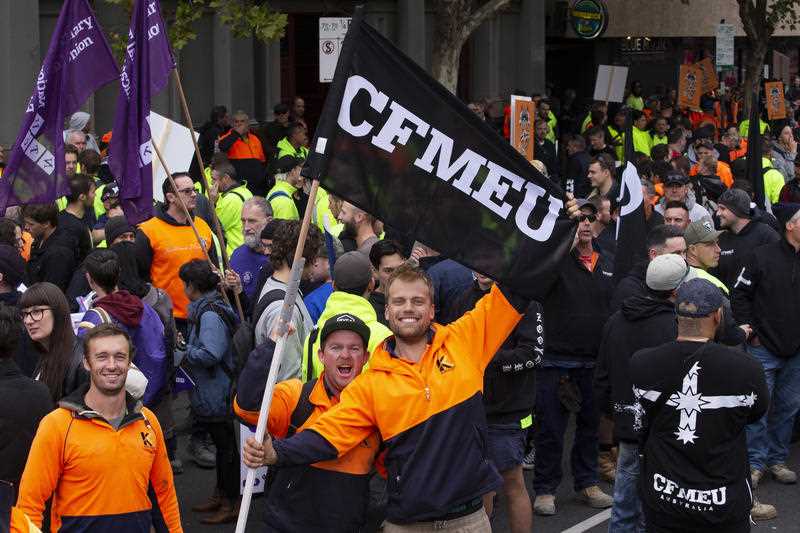 Thousands of protesters are seen at the Change the Rules rally in Melbourne.
AAP

Mr Andrews reportedly told reports that he was proud to join a campaign for better conditions for workers.

Unions argue the federal government has overseen the largest decline in living standards in 30 years, with rallies organised in 14 centres across the nation.

This is the most festive end to a rally I think I’ve seen. The #changetherules march has just ended here in Melbourne up at #springSt and this is what’s sending protesters off pic.twitter.com/00zNBeQC09