The unions said agricultural industries have relied for too long on backpackers to fill jobs in regional areas.

Unions are calling for the working holiday visa program to be scrapped and replaced with policies instead focused on employing young Australians.

The Australian Workers’ Unions, the Shop Distributive and Allied Employees Association and the Transport Workers’ Union say the working holiday scheme is riddled with worker exploitation and industry failures. 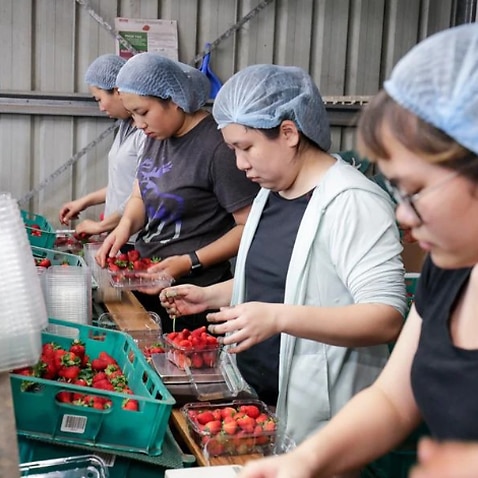 In a joint submission to a federal review, the unions said agricultural industries have relied for too long on backpackers to fill jobs in regional areas.

However, the National Farmers' Federation has dismissed the unions' push as a "short-sighted, juvenile, headline-grabbing stunt".

The unions said the coronavirus pandemic has exposed systemic failures in the visa program.

Australia is expecting to see an 85 per cent decline in net overseas migration this financial year.

Treasury has also predicted Australia’s unemployment rate could reach 10 per cent because of the economic crisis caused by the pandemic.

The unions said the recruitment of migrant workers needs to be overhauled and replaced by targeted programs to fill skill shortages that can’t be filled locally.

They also want a public register of visa workers to be implemented to ensure their work and living arrangements can be protected. 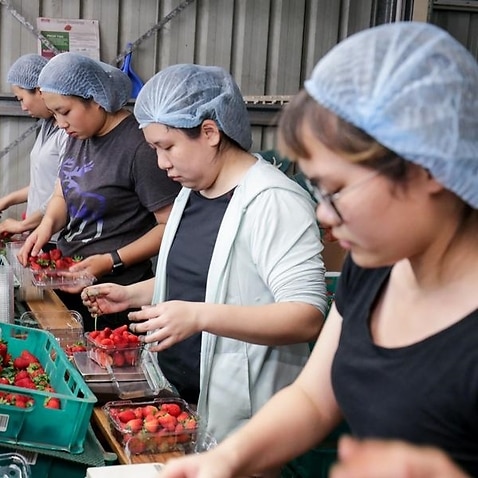 The National Farmers Federation has warned travel restrictions mean the farming sector is facing a serious workforce shortage with not enough staff to meet industry needs.

The federation said the deficit as a result of COVID-19 could be as high as 50,000 workers.

"But the facts this gang of unions choose to ignore are that farmers simply cannot source the local workers they need and therefore rely on international workers to help put food on the shelves for all Australians." 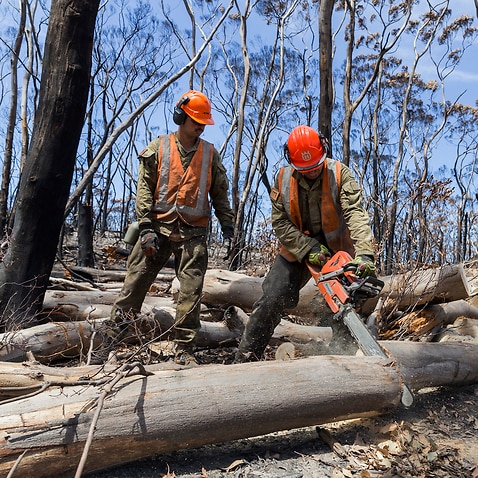 The federal government this month approved a pilot program so workers from Vanuatu can enter the Northern Territory to help harvest mangoes.

It has also extended visas for people on the working holiday maker and seasonal worker programs to enable them to remain in Australia.