The US has retreated from its defence of a drone strike in Afghanistan last month, saying only civilians were killed in the attack not IS-Kmilitants. 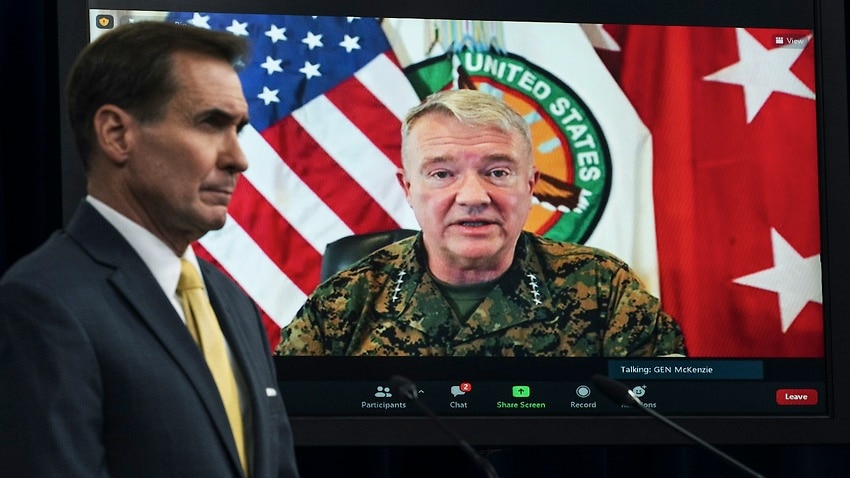 A top general admitted the United States had made a "mistake" when it launched a drone strike against suspected Islamic State militants in Kabul, killing 10 civilians including children instead during the frenzied final days of the US pullout from Afghanistan last month.

The strike, a macabre coda to the 20-year US war in Afghanistan, was meant to target a suspected IS operation that US intelligence had "reasonable certainty" aimed to attack the Kabul airport, said US Central Command commander General Kenneth McKenzie.

"The strike was a tragic mistake," General McKenzie told reporters after an investigation.

US Defense Secretary Lloyd Austin apologized to the relatives of those killed in a statement.

"I offer my deepest condolences to surviving family members of those who were killed," Mr Austin said in a statement.

"We apologize, and we will endeavor to learn from this horrible mistake," he said.

Mr McKenzie said the government was studying on how payments for damages could be made to the families of those killed.

The general said that on August 29 US forces had tracked a white Toyota for eight hours after seeing it at a site in Kabul that intelligence had identified as a location from which Islamic State operatives were believed to be preparing attacks on the Kabul airport.

Intelligence reports had led US forces to watch for a white Toyota Corolla that the group was allegedly using, he said.

"We selected this car based on its movement at a known target area of interest to us," Mr McKenzie said.

"Clearly our intelligence was wrong on this particular white Toyota," he said.

The drone strike killed 10 people, including seven children, according to McKenzie, none of who ultimately were linked to IS.

Mr McKenzie defended the US operation as in "self-defense strike" amid concerns about an attack on the airport in the last days of the chaotic evacuation.

On August 26 an Islamic State-Khorasan suicide bomber had killed scores at the airport, including 13 US service members. Huge crowds were there clamoring to get inside and on board one of the final evacuation flights out of the country.

"There were over 60 clear threat vectors that we were dealing with at this time," McKenzie said.

US officials believed that the car had been loaded with explosives. The New York Times reported that it was filled with canisters of water.

Mr McKenzie said that no civilians had been spotted in the area at the time the strike was authorized.

One of those killed was an Afghan man who worked for a US aid group, Ezmarai Ahmadi.

"We now know that there was no connection between Mr Ahmadi and ISIS-Khorasan," said Mr Austin.

He said Ahmadi's activities that day were "completely harmless," and that the man was "just as innocent a victim as were the others tragically killed."

Ahmadi's brother, Aimal, told AFP that the car had been filled with children pretending that the parking routine was an adventure.

"The rocket came and hit the car full of kids inside our house," he said.

"It killed all of them."

"My brother and his four children were killed. I lost my small daughter... nephews and nieces," he said disconsolately.

"On behalf of the men and women of the Department of Defense, I offer my deepest condolences to surviving family members of those who were killed, including Mr Ahmadi, and to the staff of Nutrition and Education International, Mr Ahmadi’s employer," Mr Austin said.

More than 71,000 Afghan and Pakistani civilians have died directly from the war launched by the United States after the September 11, 2001 attacks, with casualties rising dramatically after then president Donald Trump relaxed rules of engagement in 2017, according to a Brown University study in April.