US Secretary of State Mike Pompeo has said the US does not seek a war with Iran, amid rising tensions between the two countries.

US Secretary of State Michael Pompeo on Tuesday said his country is not seeking war with Iran, despite a spike in tensions that has seen the Pentagon dispatch nuclear-capable bombers to the region.

Pompeo's comments came during his first official visit to Russia, a key backer of Tehran which has blamed the current crisis on Washington's decision to pull out of the Iran nuclear deal.

"We fundamentally do not seek a war with Iran," Pompeo said in a joint press conference following talks with his Russian counterpart Sergei Lavrov in the Black Sea resort city of Sochi.

But he added: "We have also made clear to the Iranians that if American interests are attacked, we will most certainly respond in an appropriate fashion."

"We are looking for Iran to behave like a normal country," Pompeo said, pointing in part to Tehran's backing of Houthi rebels in Yemen who are under attack from US ally Saudi Arabia.

Houthi rebels "are launching missiles into areas where there are Russians and Americans travelling. These missiles could easily kill a Russian or an American," Pompeo said.

For his part, Lavrov said Moscow would work "to ensure this situation does not descend into a military scenario." 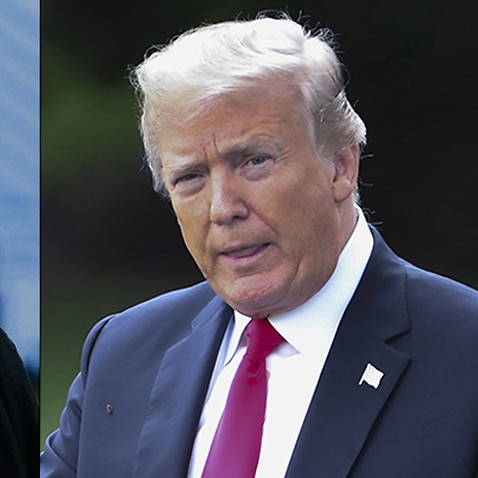 "I hope that reason will triumph," Lavrov said, adding that he hoped reports in the US media that President Donald Trump is planning to send 120,000 troops to counter Iran turn out to be wrong.

Trump himself rejected the New York Times report, saying it was "fake news" but did not rule out deploying "a hell of a lot more" soldiers in the future.

What has Iran said?

Meanwhile, Iran's supreme leader Ayatollah Ali Khamenei said on Tuesday that "there is not going to be any war" with the United States, his official website reported.

In a speech to state officials, Khamenei said the showdown between the Islamic republic and the United States was a test of resolve rather than a military encounter.

"This face-off is not military because there is not going to be any war. Neither we nor them (the US) seek war. They know it will not be in their interest," he said, quoted on the Khamenei.ir website.

"The definite decision of the Iranian nation is to resist against America," Khamenei said, adding that "in this showdown America will be forced to retreat... because our resolve is stronger."

The supreme leader said negotiating with the US was "poison" because the Americans wanted to take away Iran's strong points such as its missiles or its "strategic depth" in the region.

"Negotiating with the present American government is doubly poisonous... they are not decent humans, they don't stand by anything," he said referring to the US decision to withdraw from the landmark 2015 nuclear deal between Iran and major world powers.

US 'maximum pressure' campaign on Iran

Pompeo was set to meet Russian President Vladimir Putin at his residence in Sochi later in the evening, for the countries' highest-level bilateral talks in nearly a year.

Putin's spokesman Dmitry Peskov earlier Tuesday slammed what he called Washington's "maximum pressure" campaign on Iran, saying it would only drive Tehran into a corner. 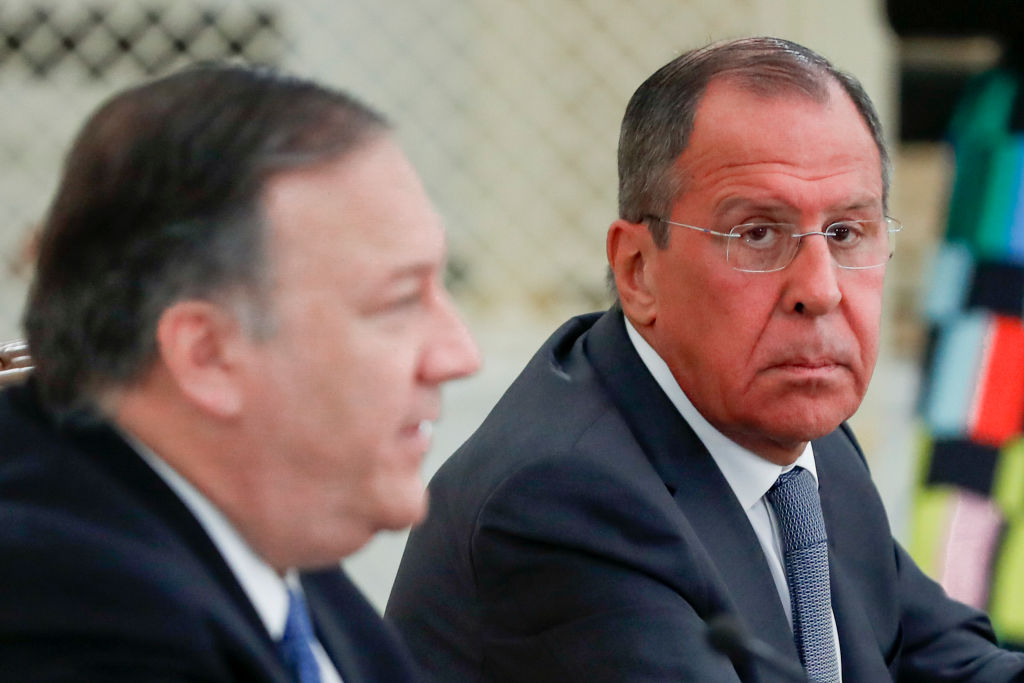 Pompeo cancelled a stop in Moscow Monday to instead have an unscheduled meeting in Brussels with European foreign ministers, who have been uncomfortable with the hawkish direction of the US on Iran.

Washington last year pulled out of a nuclear deal backed by Europe, Russia and China, which curbed Iran's nuclear ambitions in return for sanctions relief.

Since then it has slapped sweeping sanctions on Iran in an all-out effort to reduce Tehran's regional clout.

The US has recently ramped up the pressure, deploying an aircraft carrier strike group and nuclear-capable bombers to counter vaguely described threats from Iran.

UN inspectors have said Iran is complying with the deal, and Moscow last week denounced new US sanctions on the country's mining industry, calling for new talks to save the nuclear accord.

Going into the Sochi talks, Pompeo and Lavrov both said they wanted to see ties between Washington and Russia improve.

But the pair had little to agree on in their statements to the press some three hours later.

Pompeo warned Russia not to meddle in the US presidential election next year, calling on Moscow "to demonstrate that these types of activities are a thing of the past." Lavrov however repeated Moscow's denials of interference and said it was "absolute fiction" that Russia had colluded with the Trump campaign.

The exchange follows the publication of the Mueller report, which found that Russia interfered in the 2016 US election but did not conclude that the Trump campaign colluded with Moscow.

But Lavrov flatly rejected the request, denouncing US and opposition "threats" against the Maduro government.

The talks also touched on arms control and the conflict in Syria, in which Russia and the US back opposing sides.

The US administration has kept up a campaign of pressure including sanctions on Russia over the alleged election meddling and Moscow's support for armed separatists in Ukraine.