It comes as Pentagon leaders face pressure to show progress in combating extremism after current and former military service members were found to have participated in the US Capitol riot.

The US Navy’s top admiral has condemned two new racist incidents involving hate symbols on warships, which sources said included a noose that was left on a black sailor’s bed.

The incidents, which occurred in recent weeks, underscore deep concerns about racism in the ranks.

The cases come as Pentagon leaders face growing pressure to show progress in combating extremism after current and former military service members were found to have participated in the siege of the US Capitol on 6 January.

In one case being investigated by the Naval Criminal Investigative Service, hate speech graffiti was discovered in a bathroom aboard the USS Carl Vinson aircraft carrier. NCIS is also investigating the noose incident aboard the guided-missile cruiser USS Lake Champlain. Two officials who spoke on condition of anonymity confirmed the details.

While he did not give details of the incidents, Chief of Naval Operations Admiral Mike Gilday cautioned in a message to the fleet on Tuesday that racial divisions in the ranks cut at the military’s ability to protect the country. 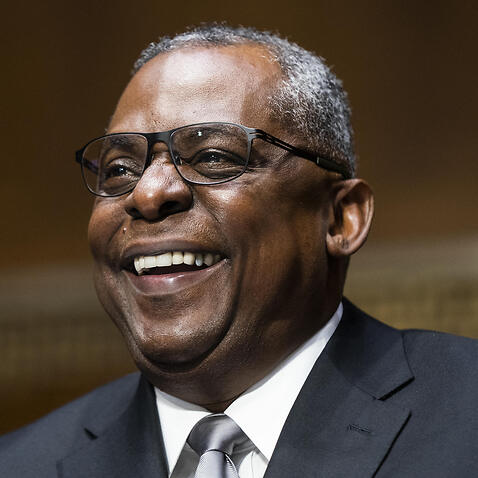 “If we must first question the intentions of our shipmate standing the watch with us, now, and especially, when taking fire, we will fail when the Nation needs us must in combat,” he said.

Admiral Gilday acknowledged that addressing extremism is a leadership issue, adding “we will own this.”

“Some sailors may think their voices do not matter right now, or feel frustrated seeking to be seen and be heard. But let me be clear, each of your voices matter,” he said.

“This standdown is another in our efforts to listen, to learn, and to improve.”

Reuters last month reported that nearly a third of Black US military servicemembers reported experiencing racial discrimination, harassment or both during a 12-month period, according to results of a long-withheld Defense Department survey.