A lawyer for the former Republican New York City mayor, Bob Costello, confirmed a search warrant had been executed and that federal authorities seized electronics.

He said in a statement that the 76-year-old denied engaging in any improper lobbying and said the electronics seized contained material covered by attorney-client privilege. 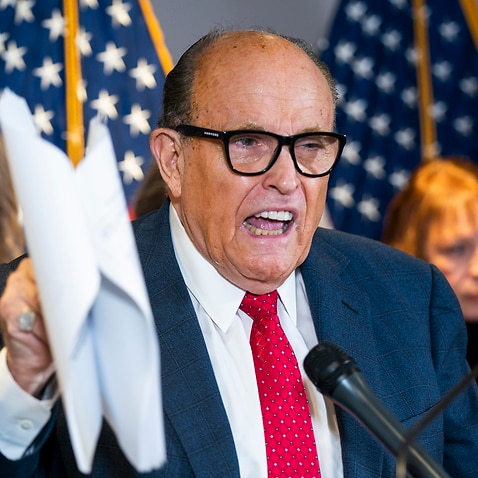 Federal prosecutors in Manhattan are investigating Mr Giuliani's dealings in Ukraine, which included his probe before the 2020 presidential election into Democrat Joe Biden and his son Hunter's dealings in that country.

President Biden and his son have denied wrongdoing.

A spokesman for US Attorney Audrey Strauss in Manhattan declined to comment on the search.

"Mayor Giuliani has not only denied this allegation, but offered twice in the past two years through his attorney Bob Costello to demonstrate that it is entirely untrue. Twice the offer was rejected," Mr Costello said in the statement.

"The search warrants involve only one indication of an alleged incident of failure to register as a foreign agent."

Federal prosecutors have been looking at Mr Giuliani for nearly one and a half years.

In November 2019, they sought records of payments to him as part of an active criminal investigation, according to a grand jury subpoena seen by Reuters. 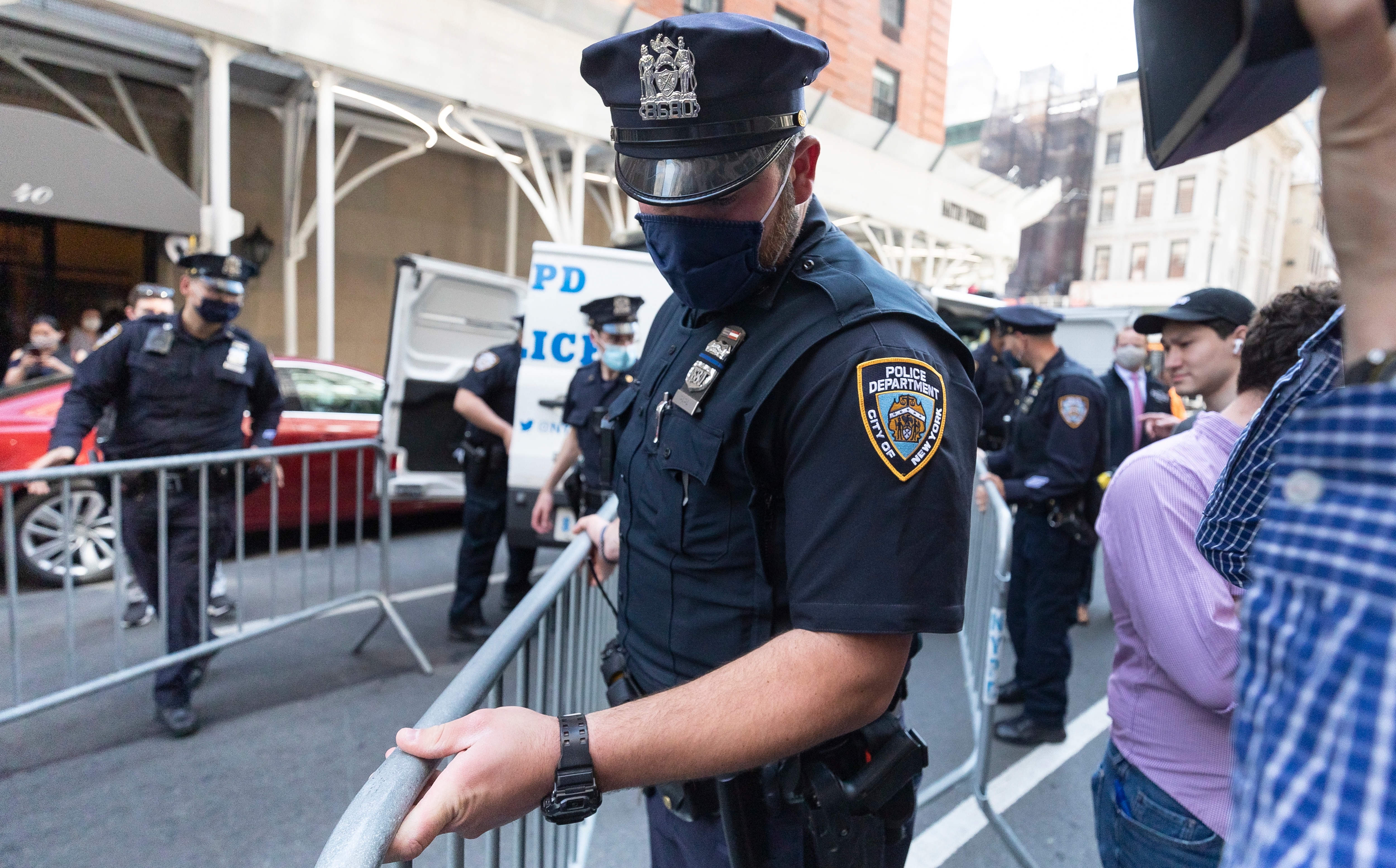 New York City police officers put barricades in the street outside of the building where Rudy Giuliani has an apartment.
EPA

While the search warrant does not mean Mr Giuliani committed a crime, it signals that investigators persuaded a judge they believed criminal conduct occurred and that executing the warrant might uncover relevant evidence.

"This is a seismic moment in the investigation," said Jessica Levinson, a professor at Loyola Law School in Los Angeles.

"It's a big deal to execute a search warrant concerning an attorney because of issues of attorney-client privilege," she added.

"It's a bigger deal to execute a search warrant of an attorney who worked for the former president."

But his image was stained by his dealings with Ukraine, and more recently his promotion of baseless claims of fraud to overturn last year's election results and give Donald Trump a second White House term.

"Here we go folks!!!" wrote Mr Cohen, whose own New York home and office were searched by federal agents in April 2018.

He pleaded guilty that December to campaign finance violations, tax evasion and other crimes and was sentenced to three years in prison.

In Washington, Mr Giuliani's role was complex, with the former mayor frequently proclaiming himself a business consultant and lawyer in the private sector even as he enjoyed extraordinary access to the halls of power.

A federal law, the Foreign Agents Registration Act, requires "certain agents of foreign principals" to periodically disclose their relationships with those principals, including financial transactions.

While Mr Giuliani has yet to be charged with a crime, two former associates, Lev Parnas and Igor Fruman, have been charged with campaign finance violations and other crimes. 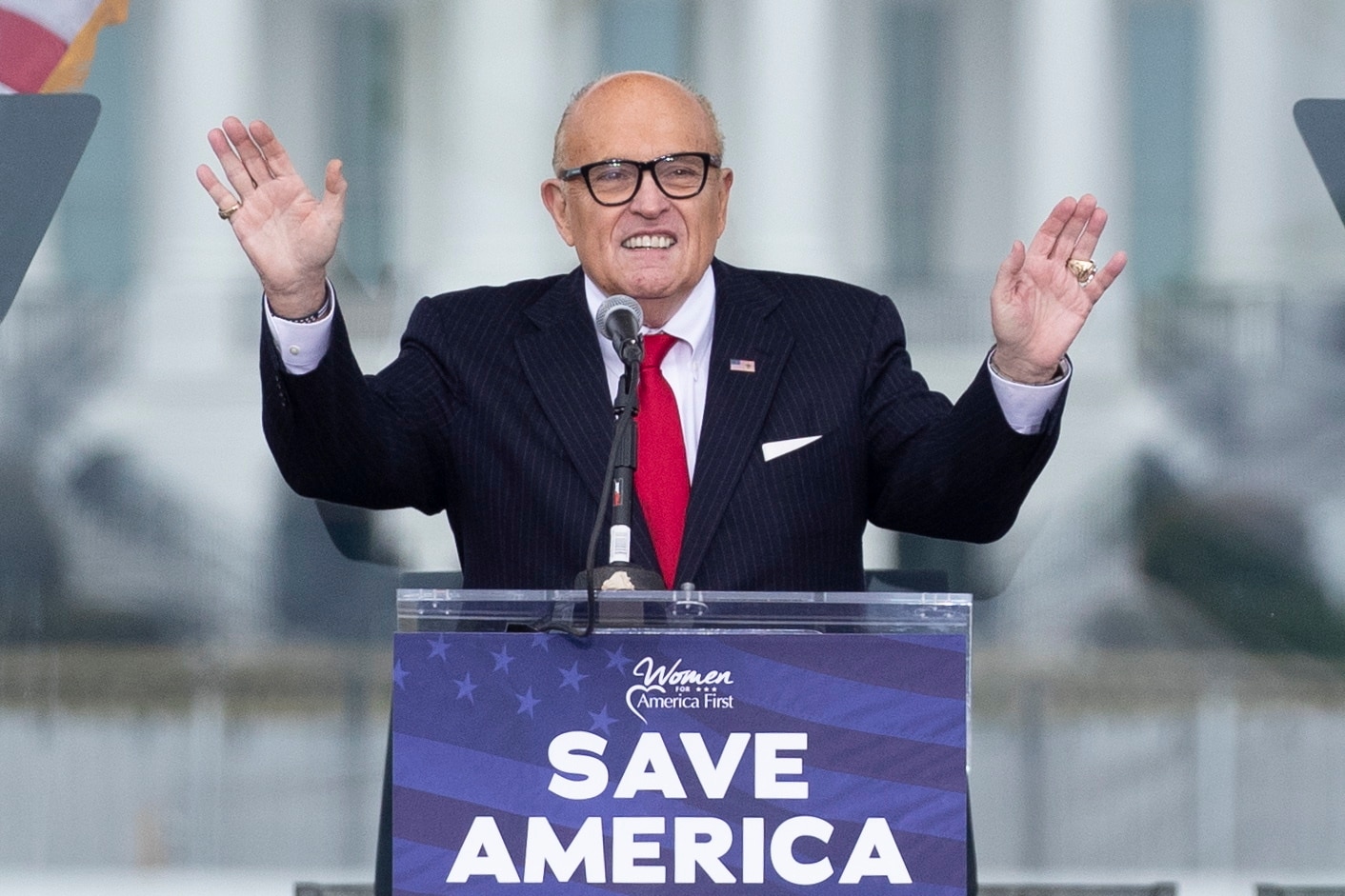 Rudy Giuliani speaks at a rally on the Ellipse near the White House in Washington DC, just hours before the Capitol riots.
EPA

Mr Parnas' and Mr Fruman's work included efforts to help Mr Giuliani dig up damaging information about the Bidens, and what prosecutors called an effort to remove then-US Ambassador to Ukraine Marie Yovanovitch.

In December, Mr Giuliani tweeted, "I'm proud to be number one on Biden Vindictive government list. Sounds like the DOJ anti-Trumpers can't wait for Biden to make DOJ the GOVERNMENT Secret Police like they were under Obama."

In 2008, Mr Giuliani himself ran unsuccessfully for the Republican presidential nomination.