Kim Potter, a 26-year police veteran who resigned after shooting dead 20-year-old Daunte Wright, faces a maximum of 10 years in jail if convicted of second-degree manslaughter.

The police officer who shot dead black 20-year-old Daunte Wright in a Minneapolis suburb after appearing to mistake her gun for her Taser was arrested Wednesday and will face manslaughter charges.

Minneapolis has been roiled by nights of violent protests after Kim Potter, who is white, opened fire on Mr Wright in his car on Sunday.

Racial tensions were already high in the US midwestern city as it hosts the trial of the white policeman charged with murdering George Floyd, whose death touched off a national reckoning over racial injustice.

Ms Potter, a 26-year police veteran who resigned after Mr Wright's death, faces a maximum of 10 years in jail if convicted of second-degree manslaughter. She was taken into custody at the Minnesota Bureau of Criminal Apprehension in the neighbouring city of St. Paul.

"While we appreciate that the district attorney is pursuing justice for Daunte, no conviction can give the Wright family their loved one back," said the Wrights' family lawyer Ben Crump after the arrest.

"This was no accident. This was an intentional, deliberate, and unlawful use of force.

"We will keep fighting for justice for Daunte, for his family, and for all marginalised people of colour. And we will not stop until there is meaningful policing and justice reform." 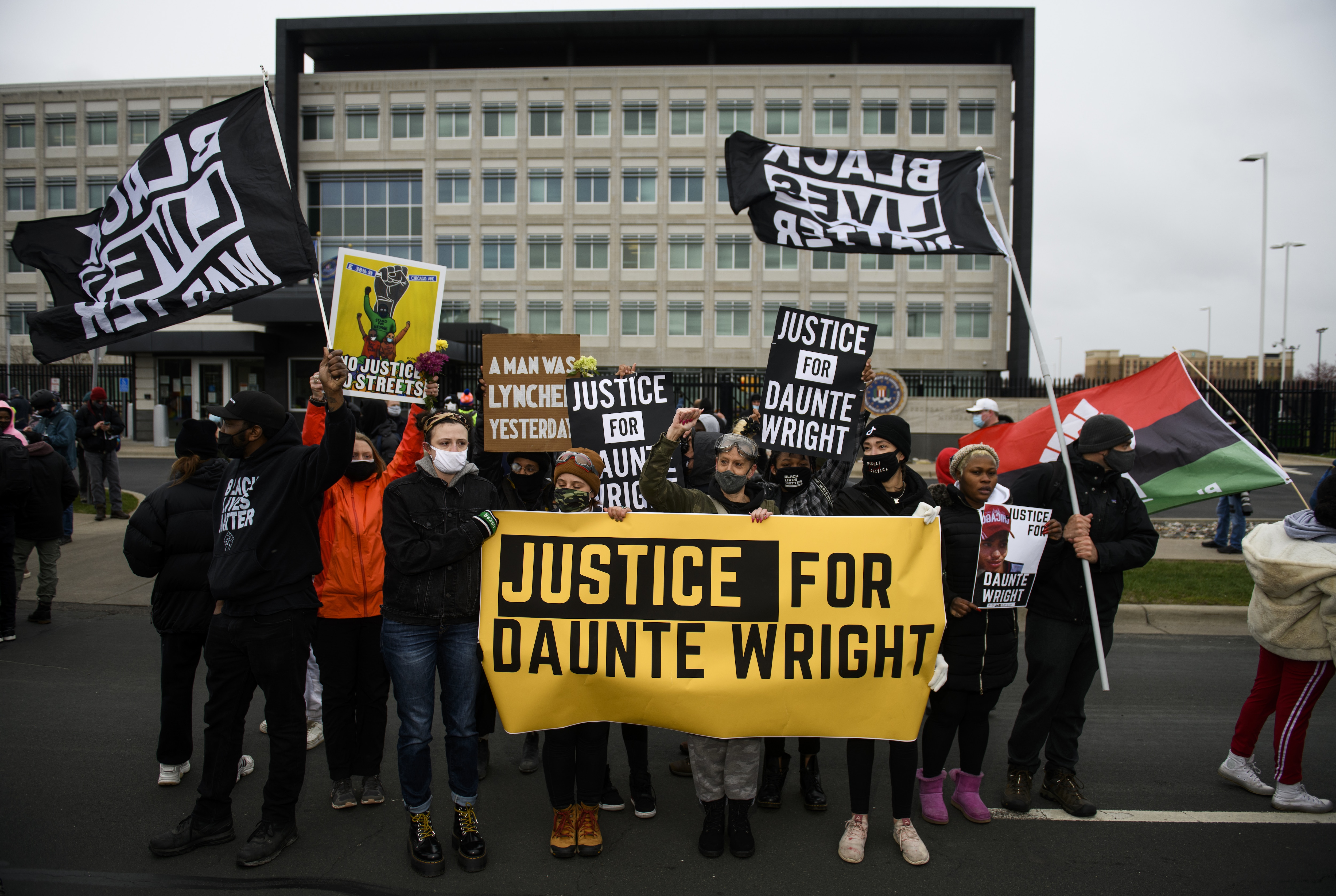 Protesters march from the Brooklyn Center police headquarters to a nearby FBI office on April 13, 2021 in Brooklyn Center, Minnesota.
Getty Images
Protesters faced off with police for a third night Tuesday, with more than 60 people arrested, law enforcement officials said.

Riot police moved in to disperse demonstrators estimated at between 800 and 1,000 in Brooklyn Center, the suburb where Sunday's shooting took place.

The judge presiding over the trial of Derek Chauvin denied a defence motion on Wednesday to acquit him of murder and manslaughter charges for the death of Mr Floyd.

Mr Chauvin, who is white, was seen in a video taken by a bystander kneeling on Mr Floyd's neck for more than nine minutes as the handcuffed 46-year-old complained repeatedly that he "can't breathe."

Defence attorney Eric Nelson said prosecutors had failed to prove their case against the 45-year-old Mr Chauvin beyond a reasonable doubt and he should be acquitted. 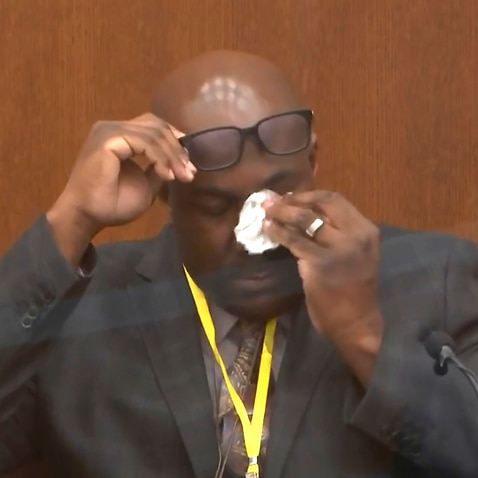 The motion is a standard request in criminal trials at the end of the presentation of the prosecution case and it was rejected by Judge Peter Cahill.

The video of Mr Floyd's 25 May, 2020 arrest sparked protests against racial injustice and police brutality in the United States and around the world.

Medical experts called by the prosecution said Mr Floyd's death was caused by a "low level of oxygen" from the neck restraint and not due to drugs or pre-existing conditions.

Mr Nelson asked the judge on Monday to sequester the jury after protests following the police killing of Mr Wright.

The judge denied the request and said the jury would be sequestered after closing arguments, which are expected next week. Demonstrators rally through the streets from Washington Square Park in anger over the shooting of Duante Wright in In Brooklyn Center Minnesota.
John Lamparski/Sipa USA

On Tuesday the families of Mr Wright and Mr Floyd demanded an end to police brutality and the killing of unarmed African Americans by white officers.

"The world is traumatised watching another African American man being slain," Mr Floyd's brother Philonise Floyd said, as he stood with Wright's relatives outside the trial courthouse.

Chyna Whitaker, the mother of Mr Wright's one-year-old son, and Mr Wright's own mother Katie Wright spoke emotionally about the last times they talked with or saw Daunte.

"I'm just so messed up about it, because I feel like they stole my son's dad from him," Ms Whitaker said. Chyna Whitaker speaks during a news conference, Tuesday, in Minneapolis.
AP
Body camera footage showed officers pulling Mr Wright out of his car after stopping him for a traffic violation and discovering he had an outstanding warrant.

When officers attempt to handcuff Mr Wright, he scuffles with them and gets back in the car.