The US embassy in Nairobi has issued an alert for a planned terror attack in the capital city.

The United States warned Thursday that extremists may be plotting an attack against a major hotel in Nairobi, urging its citizens to be cautious.

"The exact hotel has not been identified, but it is believed to be a hotel popular with tourists and business travelers," the State Department said in a travel alert. The State Department urged US citizens to "exercise increased vigilance" if staying in hotels around Nairobi and to be aware of buildings' emergency evacuation plans.

In Kenya, a US embassy alert warning of the threat went out to citizens, while police on Thursday released a "periodic security alert" saying security had been stepped up as there were "a few criminal elements who may wish to cause harm to the public."

"We wish to caution the public to be extra vigilant even as the police and other security agencies continue to work around the clock to ensure the safety and security of our country and Kenyans at large," read the statement, which gave no specific details. 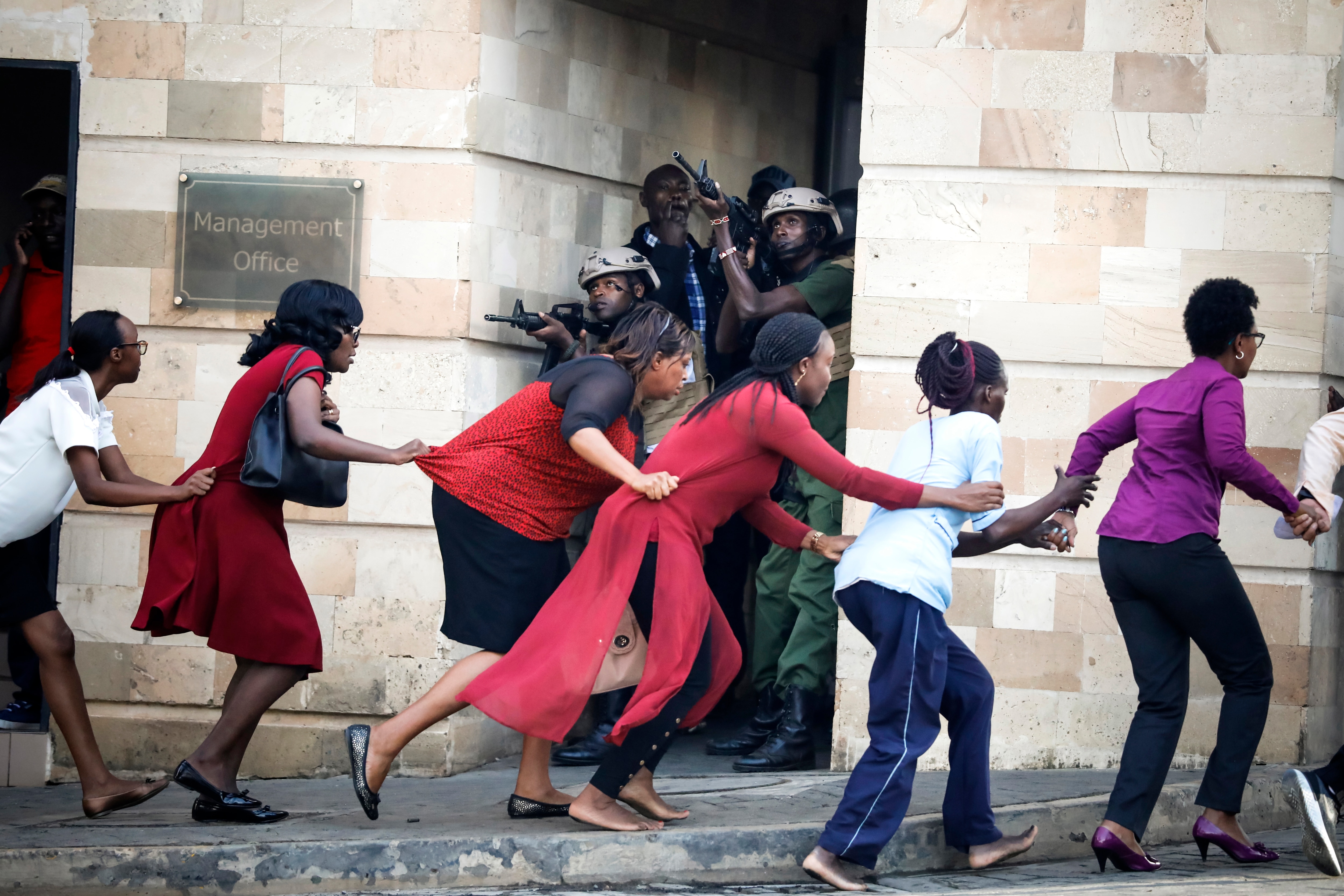 In January 2019, women are evacuated out of the scene as security officers search for attackers during an ongoing gunfire and explosions in Nairobi, Kenya.
AAP

Kenya has witnessed a series of bloody attacks carried out by Al-Shabaab, an extreme Islamist movement affiliated with Al-Qaeda that controls parts of neighboring Somalia.

Kenya sent troops into Somalia in 2011 as part of an African Union peacekeeping mission fighting against Al-Shabaab, and the attacks are a brutal retaliation for its military presence across the border.

In January Al-Shabaab warned that Kenya "will never be safe," threatening tourists and calling for more attacks on US interests after they stormed a US base in an assault that killed three Americans and destroyed several aircraft. 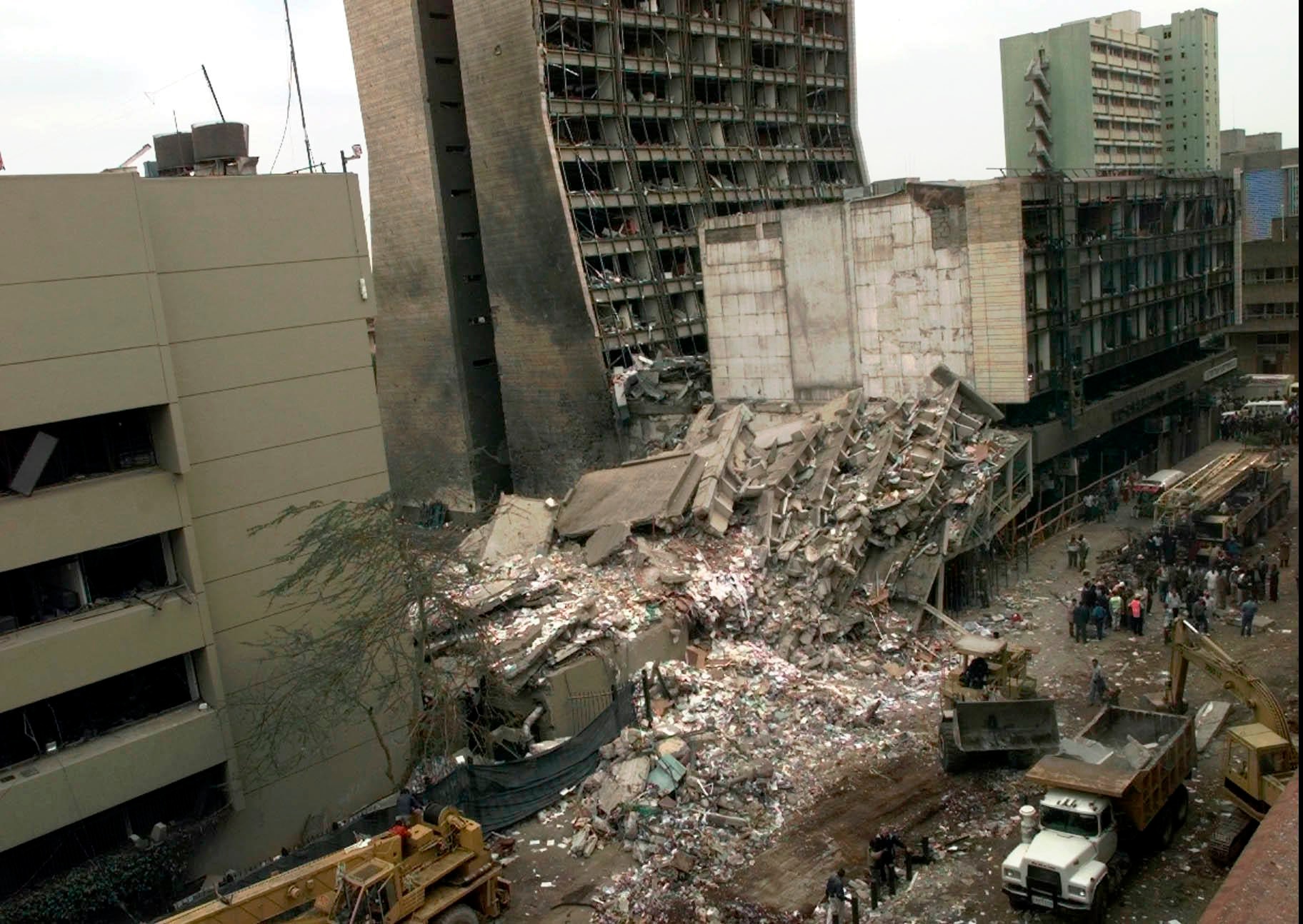 In 1998, the United States Embassy in downtown Nairobi, Kenya was bombed by terrorists.
AAP

The Al-Qaeda linked group said its attack on Camp Simba should serve as a "warning," and that Kenya should withdraw its forces from Somalia while they still "have the chance."

The group's most recent attack in Nairobi was in January 2019, when a suicide bomber and gunmen stormed the upmarket Dusit hotel complex, killing 21 people.

In 2013, a Shabaab raid on Nairobi's upscale Westgate shopping mall left 67 dead in a siege that unfolded over four days. 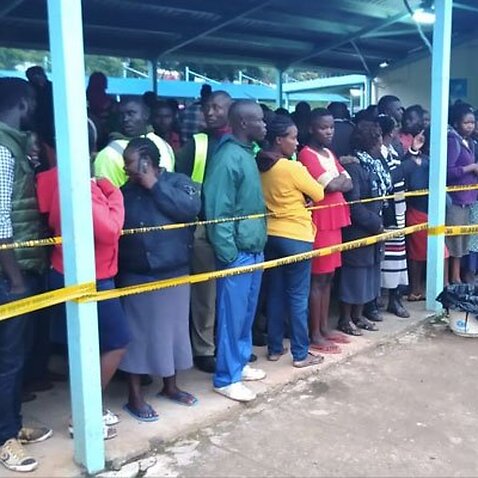 The bloodiest attack in Kenya's modern history was in 1998 when Al-Qaeda bombed the US embassy in Nairobi, killing 213 people.

Al-Shabaab has slammed a rise in air strikes under President Donald Trump, accusing the United States of "strafing villages from above and indiscriminately bombarding innocent women and children." On Monday AFRICOM said a senior Shabaab leader who had been involved in planning the Camp Simba attack was killed in an airstrike.

Observers say the Islamist group has shown remarkable resilience after more than a decade of efforts to combat it, retaining the capacity to inflict major damage despite losing control of several urban centres.