Venezuela's army has blocked a border bridge to prevent aid entering the country.

Venezuela's army had to choose between "a dictatorship that does not have an iota of humanity, or to side with the constitution" from which he takes his legitimacy, Guaido said in an interview on Colombian radio. Who is Venezuela's legitimate leader? A messy dispute, explained

US Secretary of State Mike Pompeo said Venezuela's military was deliberately blocking the aid with trucks and shipping containers "under Maduro's orders."

"The Maduro regime must LET THE AID REACH THE STARVING PEOPLE," Pompeo said in a tweet.

Guaido claims that up to 300,000 people face death if the aid is not delivered, following years of economic crisis and shortages of basic food and medicines. 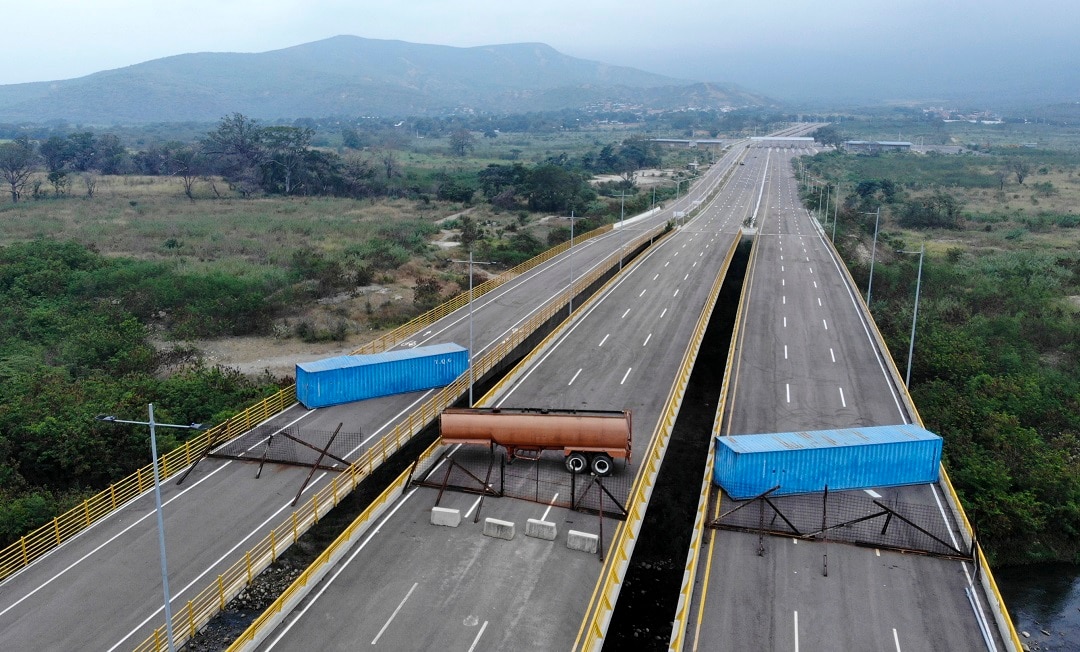 The containers were positioned across the road ahead of an anticipated humanitarian aid shipment.
Getty

Tanker trucks and shipping containers were moved into position late Tuesday on the Tienditas bridge, a key crossing point on the border with Colombia.

The 35-year-old National Assembly chief - who stunned Venezuelans when he proclaimed himself president on January 23 - is trying to force Maduro from power, set up a transitional government and hold a new presidential polls.

He has claimed legitimacy from the constitution as National Assembly leader, on the grounds that Maduro's re-election last May, boycotted by most of the opposition, was "illegitimate."

Venezuela's powerful military - which despite a few defections has remained loyal to Maduro - is seen as key to the outcome of the socialist leader's power struggle with his young rival.

In a bid to tip the balance, the US said it was prepared to exempt Caracas' army top brass from punitive sanctions if they recognised Guaido.

"If not, the international financial circle will be closed off completely," Bolton said on Twitter, urging the officers to "make the right choice."

Guaido has been recognised by more than 40 countries since declaring himself interim president on January 23. 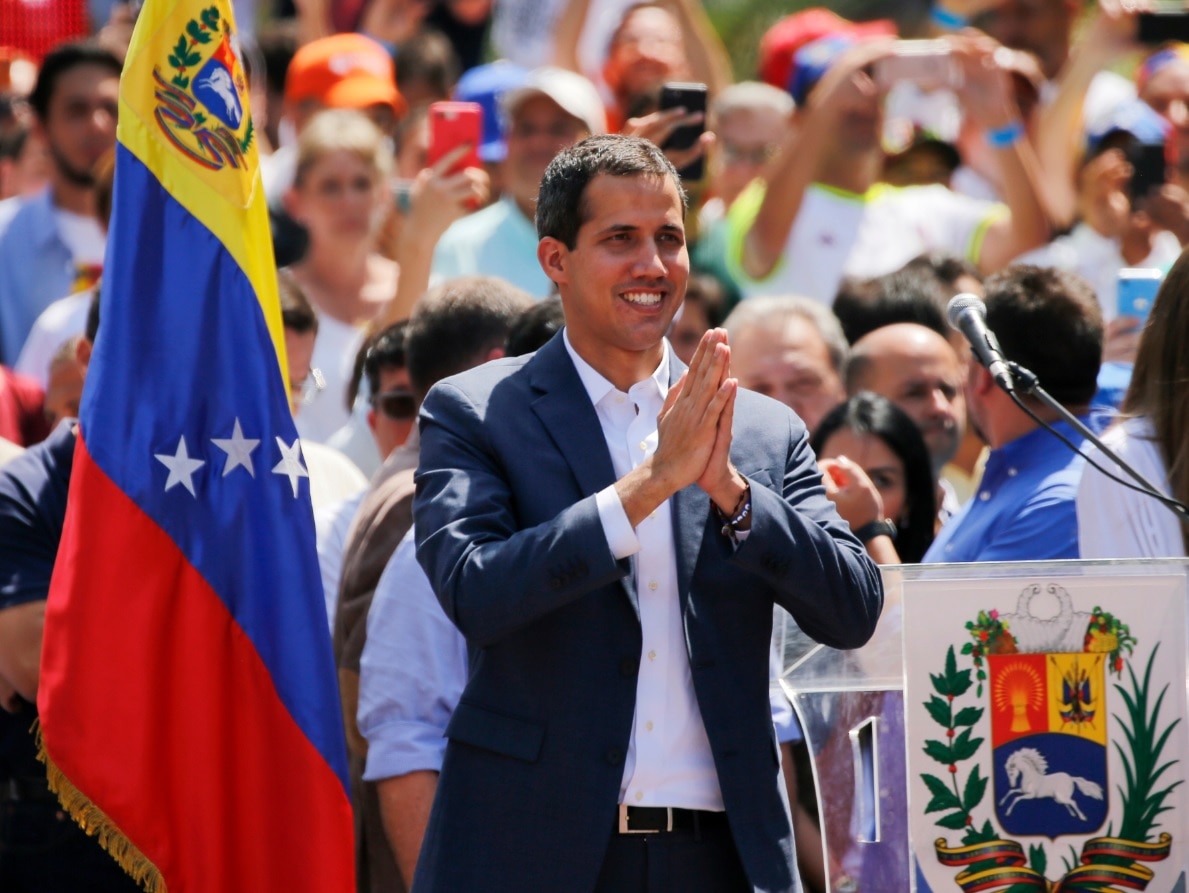 Venezuelan opposition leader Juan Guaido has warned the army to choose between a dictatorship or the constitution.
AAP

However, several countries including Italy and Greece have so far blocked an EU bid for tougher action against Maduro's socialist regime.

Guaido held talks with EU representatives in Caracas earlier Wednesday "to consolidate their support for the democratic transition" adding that he would send a delegation to holdout state Italy to present his "action plan to relaunch democracy."

Maduro disclosed Monday that he sent Pope Francis a letter seeking help in mediating the country's crisis. The pope told journalists Tuesday that this would require agreement from both the government and the opposition.

Guaido backed the idea on Wednesday, saying the Argentine pope could bring his "great moral authority" to bear on Maduro to convince him to leave power.

Maduro, who is supported by Russia, China, Turkey, Cuba and Iran, has refused all humanitarian aid shipments to Venezuela, which he says would open the way to allow a US military invasion.

Maduro dismissed the need for aid on Wednesday as a "political show."

"Imperialism does not help anyone in the world," he told Russia Today. 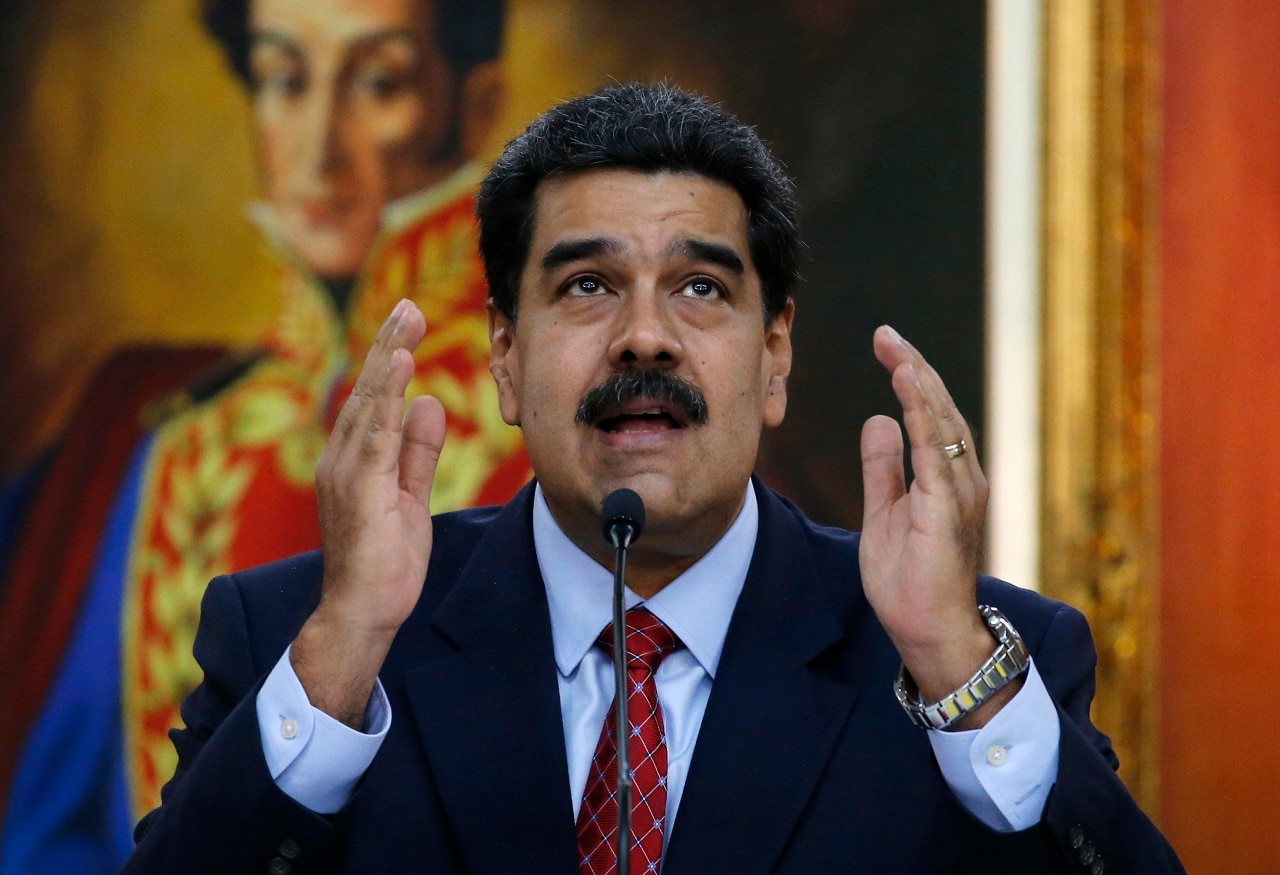 In Geneva, the International Committee of the Red Cross (ICRC) said it was doubling its resources to cope with the crisis, where food and medicine shortages have pushed 2.3 million people to flee since 2015.

Maduro, 56, has repeatedly accused the United States of fomenting a coup. And on Wednesday he called for the collection of 10 million signatures against what he called "Trump's interventionist action."

The US, which has not ruled out a military intervention in crisis-wracked Venezuela, was the first to recognise his rival as acting president, followed by a dozen Latin American countries.

Latin American and EU states have formed a "Contact Group" on Venezuela which will meet in the Uruguayan capital Montevideo on Thursday.

Russia has slammed what it called interference in the oil-rich but now poor Latin American country, saying it was an attempt to "legitimise usurped power."

Turkey's President Recep Tayyip Erdogan accused the EU of trying to "topple the government by violence and ruse."

Guaido has nevertheless ramped up pressure on the regime with a series of mass protests, the next of which is scheduled for February 12.

His fledgling alternative administration will hold talks in Washington on February 14 on responding to "the largest hemispheric humanitarian crisis in modern history."